We definitely miss this Japanese restaurant called Naritas in North Shore. When we used to live there, this was our go to place when we want to dine out or have a Japanese craving and one of our favourite orders was their Bento Boxes. It has been eight months since we moved out North West and still, we can’t find something similar that will satisfy our Japanese cravings. We have been in search for different Japanese restaurants nearby but there are a very few options, hopefully this will change future and some restauranteurs think of establishing their restaurants in this fast growing suburb.

Having said that there are a less than a handful option to choose from when it comes to Japanese dining in North Western Auckland, we already tried some of them and the most recent one is this place called Peko Peko which is located in Hobsonville. Peko Peko is one of the pioneers at this place, they started in 2014 as a food truck then became a full blown restaurant just recently when the development nearby their truck had finished its construction.

Like Naritas this Japanese place sell hot food as opposed to sushi and sashimi where you can enjoy Donburis, Udon, Curries and Japanese Fried dishes like Karaage, Tempura and Croquette. Menu has been designed to cater for Kiwi’s as some items on it are named like menu items on cafe.

We came here for brunch, after one of our Spartan Trainings. As we sat down, we reviewed the menus and at first, I was sort of disappointed as I was looking for a that Bento Box that we got used to in Naritas. They do not offer it here but there are other options you just need to get them separately. We grabbed some Pork Gyoza (NZ$10.00/8pcs) as a starter, and it was made with Pan fried pork and cabbage dumpling on a bed of thinly sliced cabbage and carrots served with light soy on the side and chilli oil. It was surprisingly good, in fact on the first bite, the first thing I remember was the many gyozas that we had last time we had our vacation in Japan. It tasted nearly is not the same as the ones we had in Japan. It was also cooked perfectly with a nice crisp bottom. 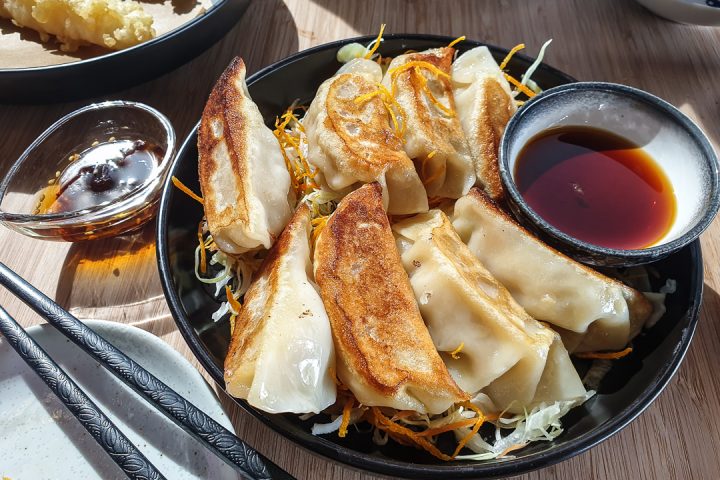 Then we were thinking of getting some Ramen, but they don’t offer them, so we got the next best thing which is their Udon Noodles. We grabbed then Tempura Prawn Udon Noodles (NZ$17.50) which consists of 2 prawn tempura, vegetable tempura that is served with their udon noodles on a homemade soup base with dashi broth, seaweed, and fried tofu. This too was good, noodles was bouncy and chewy, it has a good bite on it, and the soup was quite tasty, full of umami. 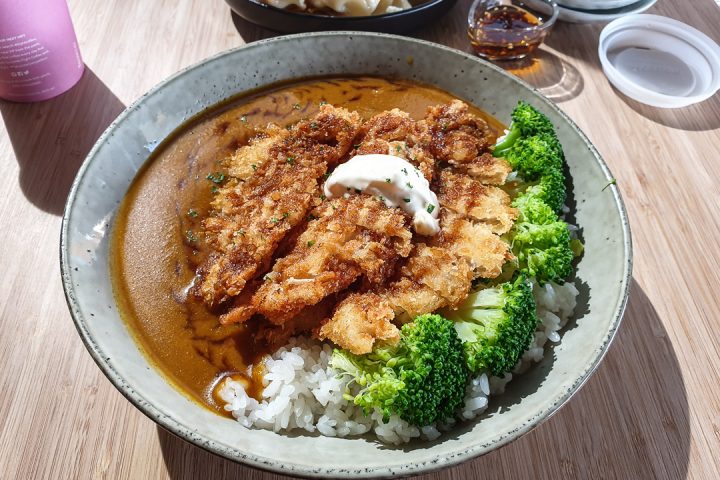 For our last order it was this Katsu Chicken Curry (NZ17.90), a house made curry blend of 10+ spices served over crispy chicken katsu and a good serving of rice and steamed broccoli. This was an instant favourite, the curry was seasoned well, not spicy at all but the flavours were just spot on. The chicken was very crispy as well even though it was soaked in the curry sauce. The insides of the katsu were quite moist too and the chicken was very well seasoned.

Overall we had a great experience here, all our orders were spot on, serving sizes were big and the service was great. The place was very clean as well. While it may not replace the Bento Boxes of Naritas, I guess there is a now a place for us when I crave for katsu curry or gyozas because I am sure this place serve one of the best in Auckland when it comes to these two.