Camote Delight is a Filipino snack/dessert recipe prepared with sweet potatoes mixed and cooked with cream and condensed milk.

Ube nowadays takes the limelight when it comes to root crops, ube flavoured everything can be found everywhere from pancakes to sinigang you name it there’s an ube flavour version of it. What about its humble cousin, the sweet potato? I think this root crop deserves a similar attention since its as healthy and as delicious.

During the early days my grandmother uses this root crop quite a lot, in soups, as kamote cue and on snacks like our post today, the Camote Delight. If you had tried ube halaya then it is nearly as similar, the cooking process and the result are quite the same, the only difference is the ingredients involved. Usually ube halaya uses coconut milk however the Camote Delight uses cream. 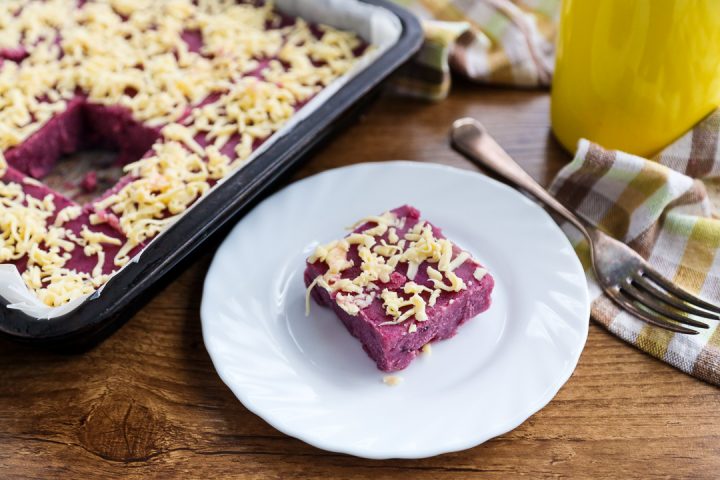 This is a perfect replacement to the ube halaya that we all love, especially if you live in a country where ube is hard to find or of there is, they are sold frozen. It’s easier to make as well as it is not as dense as ube so mixing them while cooking is way much easier than ube. You can have a variety of colour options too because sweet potatoes can vary colours from orange, yellow, white, and purple, I chose the latter as it gives a better visual impact. But having said that, I think it would be a good idea to layer those colours too.

Camote Delight is a Filipino snack/dessert recipe prepared with sweet potatoes mixed and cooked with cream and condensed milk.