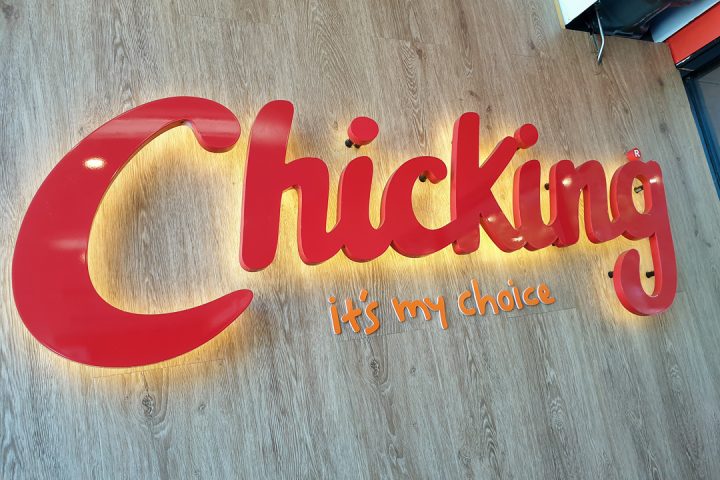 Something really quick for today and it’s all about this new fried chicken place we found when we visited Hamilton a couple of months ago. Fast food sometimes don’t gain attention hence I do quick reviews of them once in a while specially when they are new to me. One example of that was when we had Texas Chicken for the first time many years ago, and now this place called Chicking in Hamilton. Unlike the US, fried chicken fast food here is not that many, in fact there are only few places you can get them, one being KFC and Texas Chicken, that’s about it but if we remove the fast food part in the equation then definitely there are more options. This means if you visit NZ and if you are looking for Shake Shack, Jollibee, Chick-fil-A or Popeye’s then your out of luck, you are stuck with these two options plus this new one that we recently discovered.

Chicking is not as popular as the two, even me I never heard about this until recently. Initally I thought it’s just a single restaurant but after looking at their site, they do have a lot of branches in Auckland like Glen Eden, Mangere, Hamilton, Takanini plus a couple in Hamilton and another in Taupo. What they offer is similar to KFC but with the addition of beef burgers and grilled chicken. 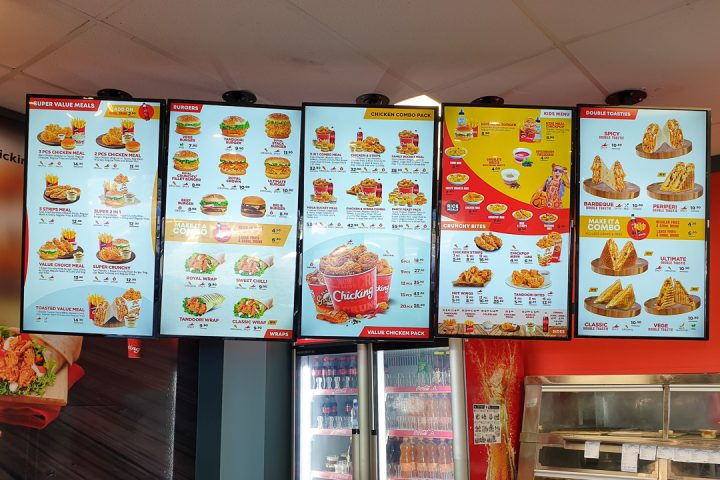 During our last visit we had a really quick lunch here because we were attending a conference and we had a 90-minute break, so wasn’t able to grab what I really like but more of what I need for my afternoon sustenance. To add to that there were many of us who flocked this place and it looks like they are not ready to handle that amount of customers, this means we had waited for more than 30 minutes for our orders to arrive and they did look stressed specially when people started asking where their orders are.

For me I just grabbed a Two pcs chicken meal (NZ$11.90) which includes 2 pcs fried chicken, regular mashed potatoes and gravy, regular fries plus a dinner roll. Also grabbed a Royal crunchy fillet burger (NZ$8.90) to give that one a try as well. 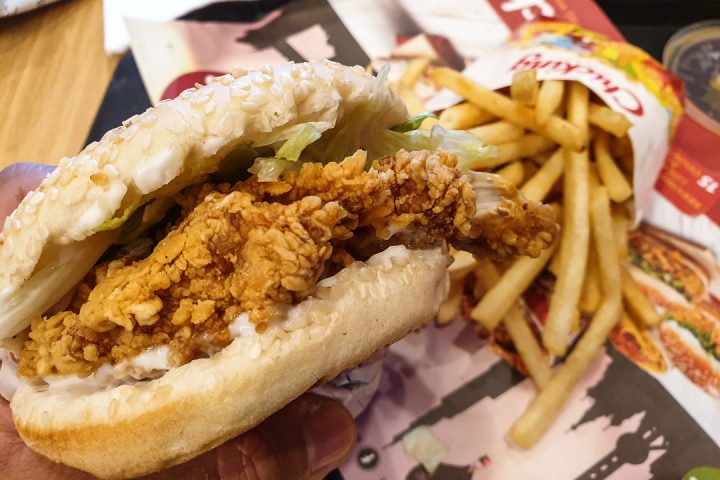 So how did it go? Well it was OK, nothing to rave about, just a good fried chicken. For me it’s somewhere between KFC and Texas Chicken. So what does that mean? KFC is definitely tastier, and Texas Chicken is quite bland so this one was just right. KFC Original chicken is not crispy while Texas Chicken is very crispy that it might damage your tooth fillings, Chicking has that right crunch. Size is also in the middle, not too small like what KFC offers but not too big like what Texas Chicken serves. In terms of oiliness, it’s also in between KFC which is quite oily and Texas Chicken which is quite dry. The chips was better than both and the Royal crunchy fillet burger is better than KFC’s snack burger but not as good as the Zinger. So in conclusion, Chicking is in between these two fried chicken giants in New Zealand. If the chicken is a bit tastier then it would beat KFC in all categories, so it’s up to you, if you are looking for that taste then hands down to KFC, if other attributes are important to you then choose Chicking.