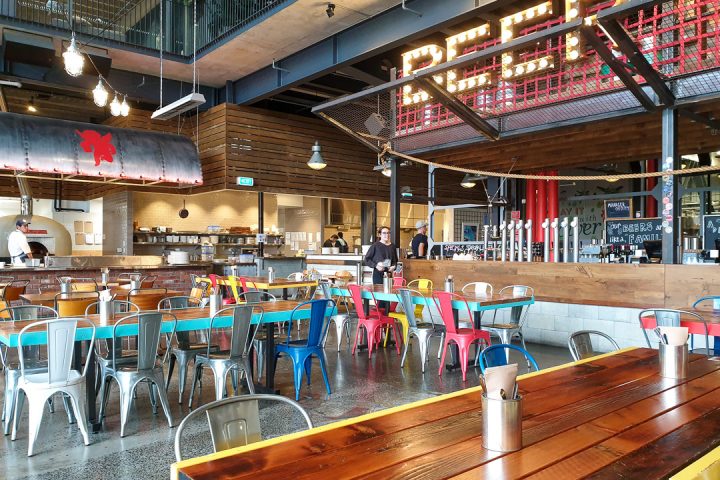 I guess I will be reviewing more and more Hobsonville Point restaurants especially now that we are visiting the place a lot due to a training that me and my wife are attending near the place. That training basically is for a Spartan Race that we will be doing soon. I haven’t done any rigorous training for quite some time now, I guess the last one was around 10 years ago when I regularly attend the Tough Guy Race on a yearly basis, so this one will be tougher not because of the type of race but it’s the additional 10 years to my age plus the added weight I gained since the last time I joined similar events.


As of this post it was our third week training while we usually go back home after it, this time we decided to have some brunch outside. Our training location was in Hobsonville War Memorial Park so the best place to go for a good brunch was at the restaurants near Hobsonville Ferry Wharf. There are plenty of options here from pop up stores/food carts, farmers markets, cafes and restaurants, while there are many good options from the carts and farmers market, we just want to sit down after a tough morning, so we opted for a restaurant and our choice was this brewery called Little Creatures.

Little Creatures was originally based in Australia and it’s one of the most successful craft breweries in Australia. In New Zealand they opened in Catalina Bay in February 2019 and was based on the Sunderland Hangar, a hangar that was used during WW2 for both storing and repairing helicopters, planes and seaplanes hence when you visit the place it feels so spacious because it was once a huge hangar servicing aircrafts.

The place is quite impressive specially if it’s your first time here, huge vats on one side, a large bar in the middle, cooking stations on the other side and lots of space for tables and chair, it’s one of the few places in Auckland that is generous with space. We came in around 10:30 AM and what greeted us was this coffee just on the side entrance. We immediately grabbed our coffees and grabbed an empty table.

Ordering can be done in two ways, first via the QR code on your table where it directs you to an online facility or via traditional manner. We love physical menus, so we opted for the traditional one but that online option is quite handy.

We started with some platter in the form of Brewers Board (NZ$38.00) prepared with chicken liver parfait, salami, prosciutto, olives, pickles, beer mustard, ciabatta, and smoked cheddar. 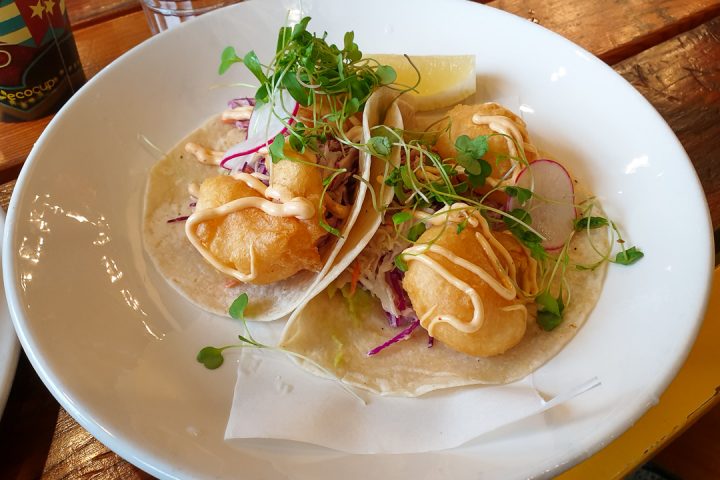 We also had some Crispy prawn soft tacos (NZ$9.00 each) served with radish, cabbage, avocado and chipotle lime mayo. 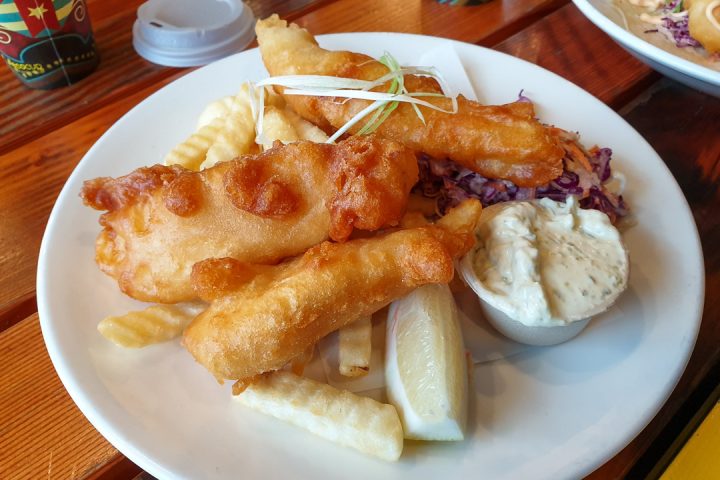 Then this Beer battered fish and chips (NZ$23.50) served with fennel slaw, lemon, and tartare sauce. 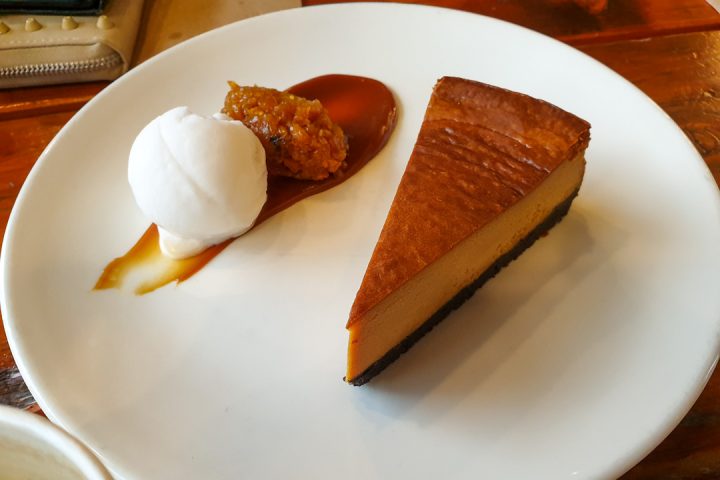 Now how was everything? Well it’s a mixed bag of emotions. Let’s start with the food, the prawn tacos was great, it was quite tasty, and we enjoyed it really well, in fact we loved it so much we decided to make some at home. The fish and chips was amazing too, fresh, and clean tasting, not to oily, no soggy bits and the coating was very crunchy. Chips were perfectly cooked too. The brownies was also at par with the other orders we had, it was rich, dense, and definitely delicious. While all of what we had was great, what I can’t agree on is the price, NZ$9.00 for a piece of small prawn taco, this is quite pricey, I can get a similar good tasting taco in another restaurant for NZ$6.00. Same with the fish and chips which was NZ$23.50, definitely one of the expensive fish and chips I ever ordered. And for a board that is worth NZ$38.00 I expected more salami and prosciutto.

As for the service, I am not happy either, our food arrived really slow, we waited nearly an hour for our food to arrive, I don’t know what happened, but they said there was something wrong with their system. What is interesting is that we ordered as well on the QR code provided and that one came in quite quick compared to the in person order, isn’t that ordering system fall in the same queue? probably she forgot our orders, that’s just my guess. Another interesting experience that we had is that in our table we ordered two separate crispy prawn soft tacos, while it’s in the same table, the server saw that other person was on the other side of the table, what dismayed me is that the soft tacos was placed in one plate and no explanation was given. We thought that was one order, we were finished with one of them and our friend was wondering where her order was, she asked the waitress and she told us two were served together in one plate. We even offered the other one to one of our friends beside us, luckily, he said he will have it later.

So there you go, while we had some good food, a nice place and a good crowd the experience was pulled down because of the high price compared to the quality of food plus the service was quite really bad.