Puff Pastry may sound Western, but the Chinese have a similar food item in their cuisine called Sou. Sou basically is almost similar to the puff pastry that we know of, but the traditional ones uses lard instead of butter. Sou also comprises of two types of dough merged into one, a complicated process where a water-based dough and oil-based dough are flattened and layered multiple times to make one piece of dough. Sou can be found in many dim sum restaurants where they are filled with Char Siu , a Cantonese style Roasted Meat, and these are the red shiny sliced pork belly meat you see hanging on some Chinese restaurants. Sou can also be filled with century egg, lotus seed paste, green bean, peanut, or walnuts. 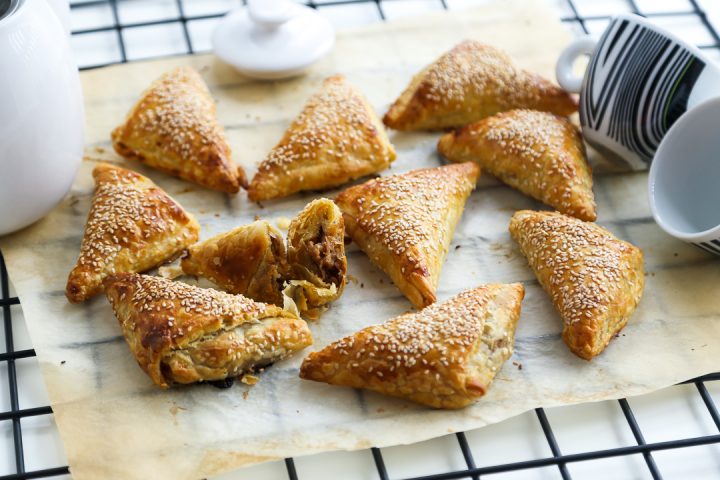 Today we are making the Char Siu Sou or Chinese Pastry Roast Pork Puffs but instead of making it the traditional way which is very tedious we will be using store bought frozen butter puff pastry sheets, take note that this is a butter puff pastry not the regular one as the latter would yield a different result, the butter puff pastry gives it an almost similar texture to the end result which is slightly creamy and greasy. We will also be using a store-bought char siu to make it even easier, so without further ado here is how to make them.