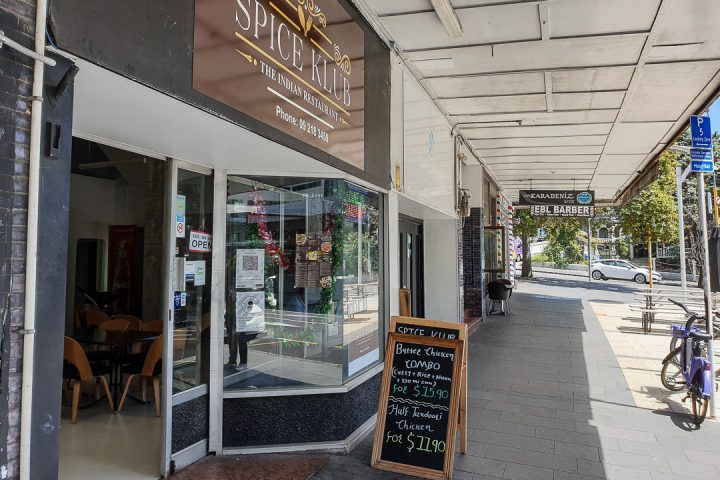 Perhaps one of the most favourite Indian curry of Kiwi’s is the Butter Chicken, that is why most Indian restaurants here sell them but it is not the legit Indian Butter Chicken taste as most of my Indian friends told me. In fact they hated them as they said it does not taste like the Butter Chicken they know about, this Butter Chicken is made for Kiwi’s as its not spicy at all, its sweet, a bit tangy and very creamy. I had tried this in many Indian restaurants here and to name some the latest places that I had tried them are at 1947 Eatery, Jewel of Bombay, Paradise Restaurant, Chand Indian, Punjabi Kitchen Indian Restaurant, Satya South Indian Restaurant and most frequently at Shamiana and Spice Traders. My most recent Butter Chicken experience was at Spice Klub in Grafton.

This was an unplanned visit as I was planning to have lunch in the area but the restaurant, I had been looking for had closed. I was on my way to Auckland Hospital for my usual Botox injection. Yes you read it right, I have Botox injection but not for vanity, they use it to remove my eye twitches due to irritated nerves. On my way to the hospital I saw this place, quite empty as it was quite early to have lunch, my appointment was at 12:00 noon, so I was here roughly around 11:15 AM. I was persuaded by their Butter Chicken lunch special on their specials board sidewalk sign, for $15.90 you have the curry, rice, naan, and a drink. Price was OK as butter chicken here in the CBD will range a little bit higher than that, so I came in.

The place was quite huge, there are plenty of seats but like I said there was no one eating at that time. As I approached the food stand, they had poured some freshly cooked butter chicken, it was a perfect timing. Like some Indian restaurants they offer butter chicken in two ways, a spicy one and a normal one. I grabbed the spicy one.

Service was really quick, in a matter of seconds I was in my table enjoying this dish, then minutes later the lunch crowd arrived. The serving was similar to most, a big cup of rice, a large naan, and a bowl of butter chicken. Let’s start with the rice, as you can see from the photo, it’s not as thin as the usual basmati, probably it was over watered as it was a tad softer than usual, it’s OK for me but for some this may be a deal breaker so note that one in. The texture is somewhere between a jasmine and basmati, so it’s not the usual firm rice but more of tender. 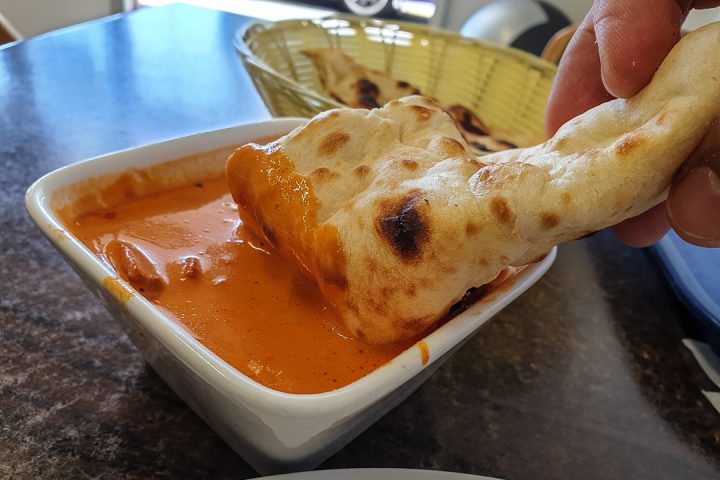 As for the naan, this was really good, it has a good bouncy, chewy texture, the right amount of charred bits and it was freshly hot off the tandoor. The size feels bigger than what others have to offer as they were cut into four manageable sections rather than a whole bread that is just slumped on a piece of paper packet.

For the butter chicken, it was the expected taste I was looking for, it was sweet, creamy and since I chose the spicy one, this one had a kick on it which I really liked. The chicken looks like it was grilled too before cooked in the gravy, you can also see some charred surface on the meat, and it did add to the flavour of the whole dish.

Overall, I liked their butter chicken, it’s a bit better than Shamianas and Spice Traders probably because the chicken looks like it was grilled first. As a Filipino it is a flavour I got used to, sweet and savoury. Hence, I am the opposite of my Indian friends, I tried the real Butter Chicken before, and I prefer this Kiwi version much more than that.