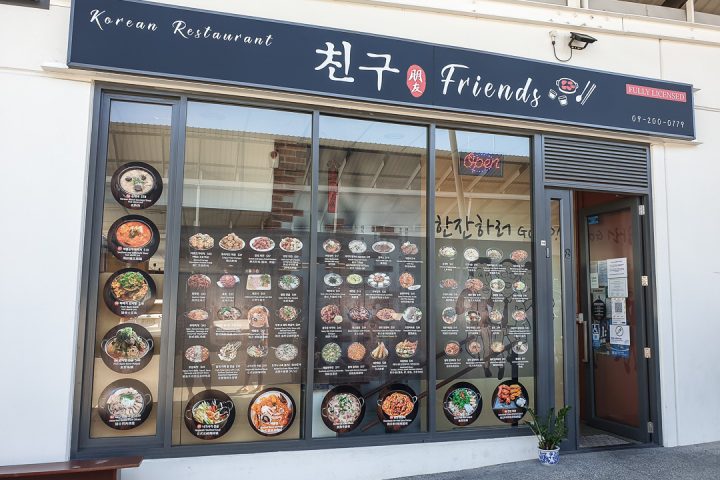 Yes were back in North Shore, not to live but just to dine in. We just find Northwest Auckland does not have a lot of varieties yet specially when it comes to Korean cuisine. Now that we had tried mostly everything in Wairau as well as in Apollo Drive we are now trying another foodie block in Rosedale, the commercial block where Tai Ping and Wang Korea Food Market are located.

We had tried several places here in the past, some of them are still open for business but sadly some had closed. During those days we thought most of the cuisines on offer here were Chinese but with Wang Korea Food Market just in the corner, several Korean restaurants had opened and one of them is this place we are featuring today, the Friends Korean Restaurant.

Friends Korean Restaurant have a big footprint on this place, perhaps is one of the bigger restaurants in here. We came here for a late lunch and it was one of those random finds, was it worth it? Well it is questionable, at least for the ones we ordered.

Like most Korean restaurants here in Auckland, what they offer is quite standard where you can grab your Bibimbap, Jjigae, Korean Fried Chicken and different kinds of hotpot. We opted for some light meal, so we did not get any of the big-ticket items. This means we just grabbed a couple of single dishes and a starter. 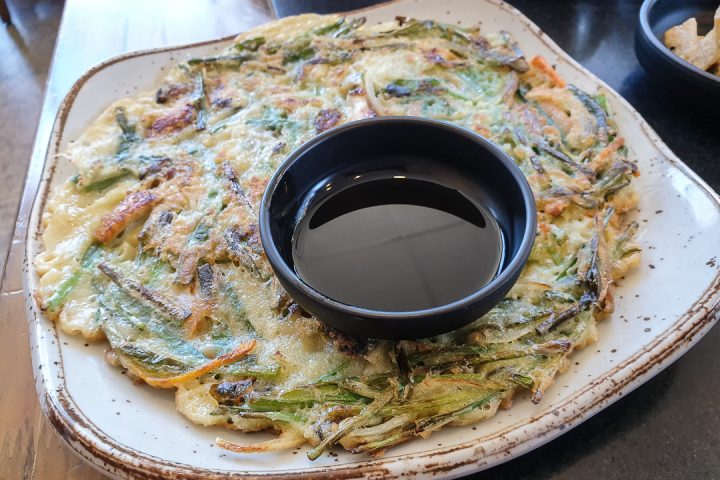 To start we had this Seafood and Chives Pancake NZ$17.00, pajeon as they call it in Korea. This one was good, like most pajeons we tried in Auckland. It was served with a sweet soy sauce which goes well with the pancake. It has crispy edges; tons of spring onions and the insides were soft. 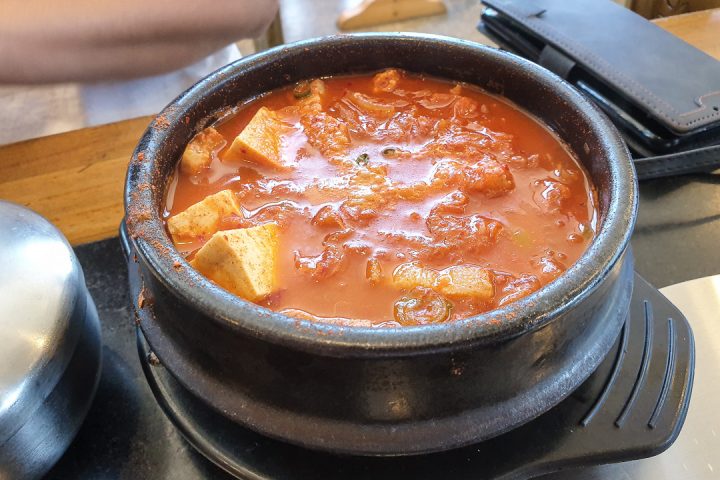 Then we had this Kimchi Stew with Pork NZ$17.00, Kimchi Jjigae if I am not mistaken, this too was full of flavour, tons of tofu and kimchi and that was it, the amount of pork on this dish is very minimal which is rather disappointing, what even made it worse, is that the pork were very thinly sliced so you can have a good bite on it. According to my daughter Kimchi Jjigae are normally like this but because we had tried a better version like what we had in Obar or Jung Dam, I guess I was expecting more. Otherwise the flavour was spot on.

The last dish was this Ox Knee Soup NZ$18.00, I was rather intrigued by the name of the dish hence I ordered it. This one was full of tendons, lots of it but what it has on protein, it lacks in flavour. It was so bland I felt like eating tendons served on hot water, I had to put a lot of pepper and salt on the dish to give it life but the taste I was looking for was not there.

Our food was served with four typed of banchan and rice, these side dishes were good, and you will definitely need them specially with that Ox Knee Soup to give a bit of flavour to your mouth.

So there you go, I am not sure if this is the case with their pricier dishes but for the single serve ones, sadly this was our experience. Having said that while the dishes are not on par with my expectation, the service was super great, they all serve with a smile and attended to our need as soon as they can, they even gave us free drinks when they saw my wife struggling with the spices from that Kimchi Jjigae.

Will I go back here, probably yes just to try the other offerings but never those we already had tried.