Its St. Patricks Day today so I am posting something green in colour, a rice cake from the Philippines made with pinipig. Pinipig are immature grains of glutinous rice pounded until flat before being toasted, they are colour green because the grains were harvested while still green, then the husked and the chaff is separated from the grain giving a bright green kernel which are then manually pounded in large wooden mortars and pestles until flat. From here they are toasted dry on pans giving it a darker green hue.

Outside of Philippines this ingredient is quite hard to find, luckily last week we found some near the Asian grocery at our place, it was not from the Philippines so I was quite surprised, apparently they use this type of rice in Thailand too, and that’s where the one I brought came from.

The last time I posted in commemoration of St. Patricks Day was when I posted this Shamrock Lucky Charm Cupcake, and that was six years ago. Today I feel like posting something to commemorate that which brings us to our recipe today.

Kalamay Pinipig is a rice cake based on a rice cake called Kalamay, basically the cooking process is the same but instead of using glutinous rice flour we are using pinipig kernels. While kernels are used, the end result will not be lumpy as the cooking process is quite labour intensive and entails a lot of mixing making the kernels mashed and incorporated into this one thick sticky blob that is kalamay. While the distinguishable feature of this rice cake is its colour, the taste is quite different too, since the rice kernels are toasted, it will yield a toasty nutty flavour.


So how do you eat them? Usually this is served during breakfast or snack time, it’s quite filling but so satisfying, especially for those ones who have a sweet tooth. 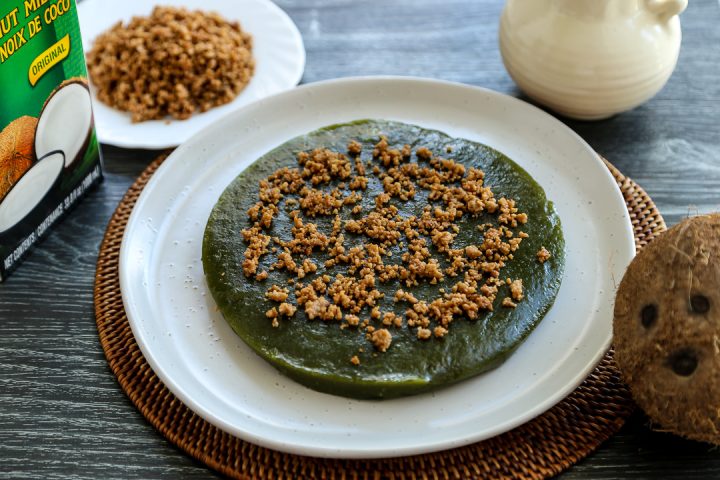