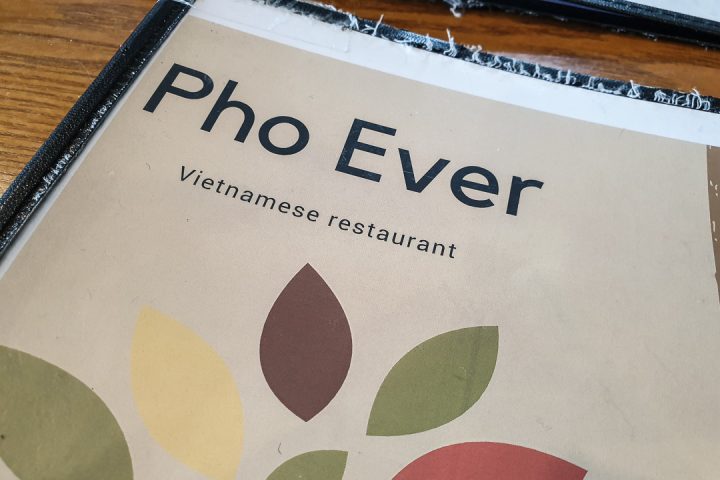 In Auckland it’s hard to find a good Pho, it can be due to many reasons, lack of ingredients, lack of skills to do this and even lack of customers. I had tried many restaurants that offer this but very few passed to my expectations, it’s just sad because this is a really good dish when done right.


The most recent Pho place we tried was this place called Pho Ever in Westgate. We moved to West a couple of months ago and we are just starting to know about places to eat and this place certainly was new to us, it’s also the first Vietnamese we will try here in Westgate. Our usual go to place before was in Hansan but during the last couple of years, the Pho they served felt like it degraded, the soup was never the same as the ones they did when we first arrived in New Zealand. Now how does this Westgate Pho place compare?

We saw this already before because it’s just beside the Texas Chicken branch in Westgate where we usually order takeaway food when we are craving for chicken. I told my wife, one day we will try this place, and this was the time.

The place was quite small, it has 10 tables more less and each table can seat somewhere between 2 to 4 people. What I immediately noticed when we came in was the serving size, as they were huge compared to other Pho places. We ordered two different types of Pho, first was just the normal Pho with Beef (NZ$14.00) and another one was Pho with Meat Combo (NZ$14.00).

I also grabbed some fried Pho with Seafood (NZ$16.00) to give their stir-fried noodles a try as well.


As the orders come in, I was surprised that it came with a nearly clear broth and some bok choy on top. Usually Pho comes with a soup that is not clear, a little bit brownish due to the ingredients traditionally used like cinnamon, char grilled onion and sometimes dried fish or squid. It also comes with Vietnamese aromatic herbs not bok choy. Impression, not good so far. I came with bean sprouts which was great and like the first thing that I notice, the serving size was massive. 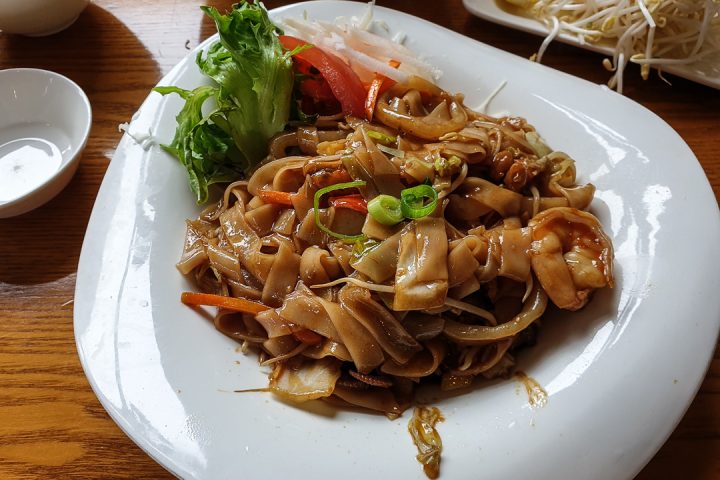 Now on to the taste test. First slurp, I knew it would taste how it looked, there are no traces of Asian aromatics, the taste is more like a bland Nilagang Baka served with noodles. It is OK, but definitely this is not a Pho. By the way both Pho tasted similar, so it’s using the same base broth, they just add the meat before it was served. The meat combo is just a combination of beef, chicken and pork.

On to our stir-fried noodles. First try, it was sweet. I felt like an Italian eating Filipino spaghetti for the first time. Having said that, this is more palatable than the Soup Pho, this one feels like I am eating some Pad Thai without the spiciness, without the nuttiness and with less savoury taste, it’s just sweet all the way. Good thing this has a lot of meat compared to the Soup Pho.

Now this is where it gets confusing, the place gets a good amount of customers, I don’t know why but the dishes here must be designed to the palates of their customers, not me. They even have regular customers as some of them are referred to by names.

I can be sure this is not run by a Vietnamese; it does not taste like a Vietnamese as it is missing key ingredients to make it taste like one. It looks like its run by Koreans which my daughter had confirmed as she can understand their language. Most of the customers were Korean too and that might explain it, this might be a Korean rendition of a Vietnamese cuisine hence they are patronising it. For me, it’s not the Pho I used to have, so no seal of approval for me, trust me just make Nilagang Baka serve it with rice noodles, I bet you that would taste even better.