I had been hearing this place from some of my Filipino friends here in Auckland, they said there is this new place that tries to copy the famous dishes Jollibee had on offer, the Chicken Joy and the Jolly Spaghetti. Jolly Bird, from the name alone, most Filipinos would know what these guys have on offer, it’s like the Gold Ribbon where the name says a lot of where their offerings was inspired from. 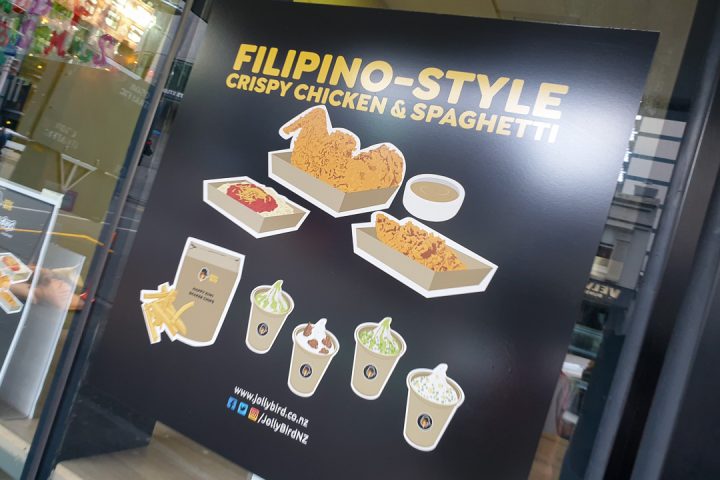 We were at this place three weeks ago but probably it was opened for around two months already, unplanned we were just looking for a place to eat and it happened to be that I remembered this place. Location was really good, it’s just beside the Sky City Tower, if tourism is back then this would greatly benefit from it but at the moment diners here are usually Filipino and random people that thought Spaghetti and Chicken is a great idea.

The space is quite small, it can probably fit 8 to 10 diners at a time and it is quite hot and humid as the kitchen is open and shares the small space with the dining area. We ordered their 12 pcs Chicken with 4 Spaghetti combo (NZ$55.00), it includes 4 drinks, we had it for takeaway so we can eat them on a park with fresh air. During this visit, the chicken was made fresh so there was quite a wait, roughly around 20 minutes but the attendant gave us some free Pandan Jelly Sundae as we wait.

After the wait, we grabbed the takeaway paper bags and headed over the nearest park and devoured it there. First impression, they gave us 11 chicken wings and 1 chicken drumstick, they might have run out of other parts during that day, we never know, good thing the size was huge. First bite, it was crunchy, not as tender as I expected, it was not juicy as well. It was also too salty for our liking but once it was dipped in the gravy it came with, the flavours did mellow down. Gravy was nothing like Jollibee, this had a more buttery taste. So the chicken was nowhere near Chicken Joy, hopefully it improves in the future.

Now for the spaghetti, it smells and tastes nearly like the Jolly Spaghetti even though it does not look like one, Jollibee’s one is very dark bright red in colour. We really liked this one. 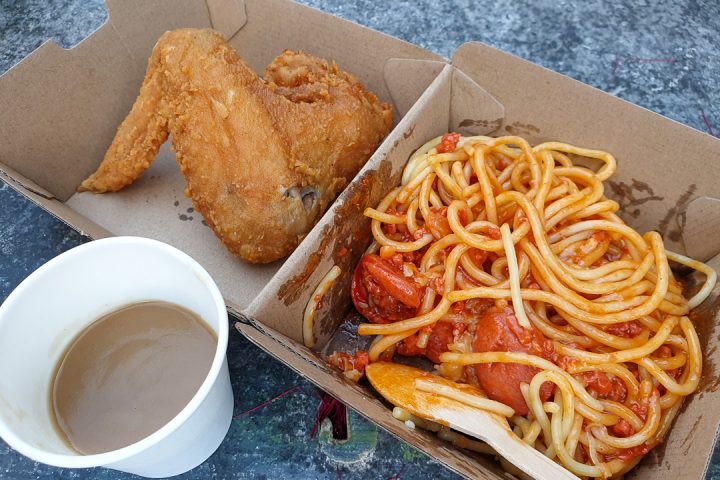 Chicken Joy is really hard to recreate compared to the Jolly Spaghetti so I can’t blame them, even I had many tries to copy it, while it is quite close on my last iteration, it’s still not the Chicken Joy I know. I will probably try again after several months, hopefully they are still open and hopefully the recipe for their Chicken also had improved.

Ohh BTW that Pandan Jelly Sundae was really good, the base Sundae is better than Burger King and probably better than if not the same as McDonalds.