Events now a days are held differently, no more large crowds, no socializing, no freebies and no food service since everything is done virtually, so most of them will be BYO. The last proper event I joined was not a Tech Event but a food event and it was the Taste of Auckland which was held November of last year.   Since then there were no invites until a couple of weeks ago when we had this Beer Tasting sponsored by Okta and hosted by the Australian Comedian Merrick Watts.   It was a tech event at the same time beer tasting and I was invited through work. I waited long for a physical event to happen but nothing came.   There was supposed to be two events that I will be on, one in June, the DevOps Summit NZ and one in late November, the IT Architecture Forum 2020, I was supposed to be a speaker on both, but it was cancelled due to the uncertainty during this pandemic.  Luckily we had this just before the year ends, even though its virtual and I am just a delegate, it’s as good enough as a physical one since OKTA had put a lot of effort to send beers to all participants, and they are just not your average beers, they are from Garage Project.


With Garage Project on the spotlight, there is no one better to explain the beers sent to us but Pete Gillespie, the Master Brewer behind it all. Garage Project is a multi-awarded brewery and here are some notable distinctions

With those credentials, I bet the beers we are having now will be amazing and it comes to show since two of the beers that were sent to us was always sold out. 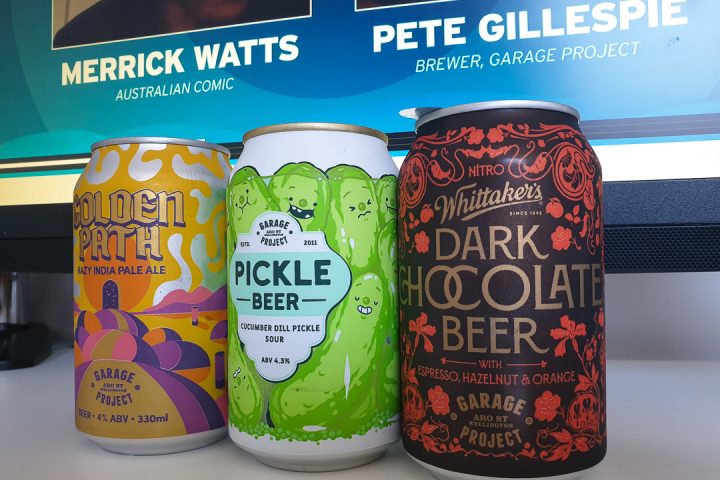 So what did we tried during this virtual event, first one on the line was this Golden Path Juicy Session Hazy IPA 4%, brewed with Golden Naked Oats and Mosaic, Columbus and Strata hops according to their site it is:


A juicy, hazy, hop bomb with a surprisingly restrained alcohol content. A generous addition of Golden Naked Oats and Mosaic, Columbus and Strata hops create a beer bursting with flavour, with a balance and body belying its moderate strength. A delicious hoppy offering that’s more than a match for even the richest burger.

I can’t agree on that more, it was light, sort of hoppy and citrusy, easy drink and perfect pair with steak or any meats. Its hazy but it was deliberately made that way. 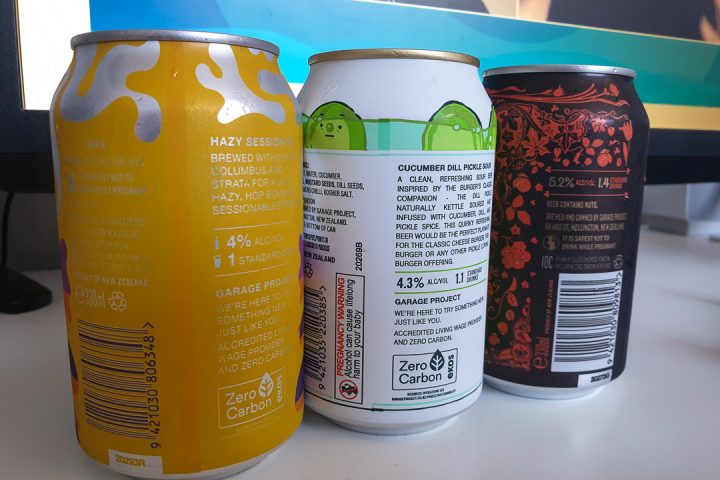 A clean, refreshing sour beer inspired by the burger’s classic companion – the dill pickle. Naturally kettle soured and infused with cucumber, dill, and pickle spice. This quirky refreshing beer would be the perfect playmate for the classic cheeseburger, fish burger or any other pickle loving burger offering.

If you are having some thick meaty oily rich burger then there is now better beverage match to that than this, on its own you won’t enjoy what this beef offers but with a burger this thing shines, it cuts out all the greasiness, a perfect palate cleanser and a refreshing drink. I think it will be hard to eat burgers in the future without this, trust me it works really well with it.


Finally the most popular of the bunch then Whittaker’s Dark Chocolate Beer 5.2%

I first saw this a couple of month ago, was excited to get my own one until a friend of mine tried them. He gave bad reviews of it, so I did not bother to get my own. Then this event came, and Pete Gillespie explained how to properly drink them, because there was a process in drinking one. According to him if it is not followed then there is a high chance that you won’t like it since the liquid nitrogen inside plays a part in the process. The new cans have an instruction on how to serve and drink it, first is to chill, then tip over three times, pour straight to a glass then enjoy. That process brings out the flavour of this beer, dark chocolate with hints of coffee and orange, it’s amazing.

There you go, after this beer tasting the tech part happened, but I won’t write about that because it will bore you and if you are still interested, I have a tech blog dedicated for such things. Anyways hopefully event companies start to do things like this as it enables you to participate during the event, making it less boring. Maybe in the future send food items or even whiskey tasting, that would be amazing.