Feijoa Fizz is a Kiwi drink prepared with feijoa skins soaked in water and sugar, letting the natural yeast ferment making it fizzy.

After posting a Feijoa post in my Instagram feed a colleague of mine messaged me and told me that I should not throw those skins after eating the pulp as I can use them and make an amazing drink called Feijoa Fizz. The fizz part sounds interesting, so I asked her how it’s done? Apparently, it was quite simple, just put feijoa skins in a jar fill it up with water, add sugar and wait. What happens is that the natural yeast from the feijoa skin with the sugar makes this drink fizzy after a few days of fermentation (basically turning it to something similar to a carbonated drink) and that makes it a bit more interesting, since there is sugar and fermentation, you know where that leads to? Alcohol content. Suggestions I saw online say that you need to days for it to fizz, but since I also love the alcohol bit, I left it a bit longer and see where it brings me to and here are the results, while I don’t know the alcohol content of the one I made, I left it for five days and yes I can smell that alcohol in there. While this is some sort of an alcoholic drink, it does not taste like it due to its sweet nature, it’s more like a cider so if you plan to make one, drink in moderation because you don’t know when it will hit you.

Feijoa Fizz is a Kiwi drink prepared with feijoa skins soaked in water and sugar, letting the natural yeast ferment making it fizzy. 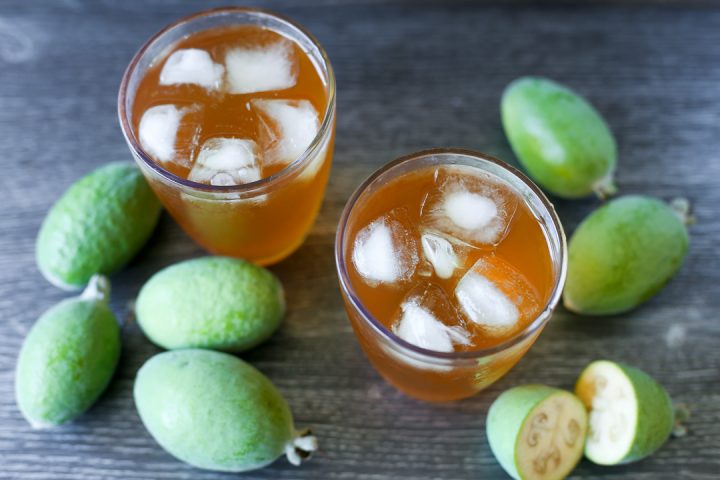