If you love tocino then I would introduce you to Pindang Babi, a Kapampangan dish where tocino originated from. During the old days where refrigeration was not yet invented this is how pork was preserved in Pampanga where pork strips are fermented with rice and salt placed in an earthenware jar then dug under a dirt for long periods, this was called Buro, and the dish it created was Burong Babi. The rice effectively ferments the pork while the salt cures and preserves it. After meat was fermented it was cooked by frying them in lard or oil.

Many years later refrigeration became available, so the fermentation process was modified, and rice was replaced with sugar, this is now called Pindang and not Buro anymore. It was still the same concept where salt preserves the meat and the sugar does the fermentation but effectively improving the taste. Then bit by bit the salt was heavily reduced due to the modern techniques of preservation, pindang then changed its meaning from the new method for preservation to becoming the cut of meat, meaning strips. After this stage, tocino was born.

Having said that Pindang and Burong Babi still is available in Pampanga, some do it traditionally with rice, while some do it the faster way using sugar. But both processes will involve days to let the pork cure and acquire that “buro” taste which is slightly sour. Pindang dish can either use pork (“Babi”) or carabao (“Damulag”). Now, if you have been to Pampanga and was served with a tocino looking pork but it was a bit sour, don’t think it was spoiled as this is how it was tasting and served traditionally, you had been served a Pindang Babi. That slightly sour taste with hints of savouriness and loads of sweetness is this dish’s’ prized flavour and today we are making them and here is the recipe. 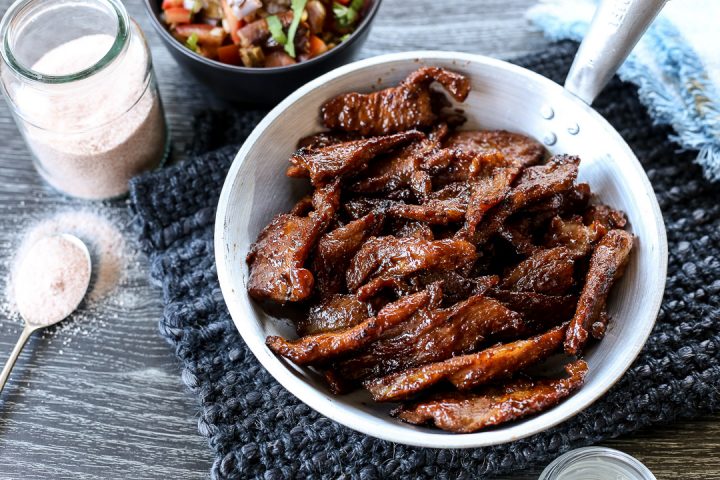