We came here on a lunch time as we have a community gathering near the location. First time trying out what Devonport has to offer, though we come here once in a while I think we never really chose this suburb as a dining spot. There were only two instances we tried food here, one was from a fish and chips shop and another one was a wedding reception. We were craving some Japanese at that time and the first restaurant we saw was this Asahi Japanese Restaurant, we checked the price, it was OK, so we decided to have our quick lunch here.

Upon entry you will see the usual sushi stand so you can pick your choice from those or grab something from the menu, we did the latter. We chose two items on the menu, first one was the Squid Karaage (NZ$17.00) Deep Fried Squid with homemade sauce, served with a bowl of rice, miso soup and fresh salad. 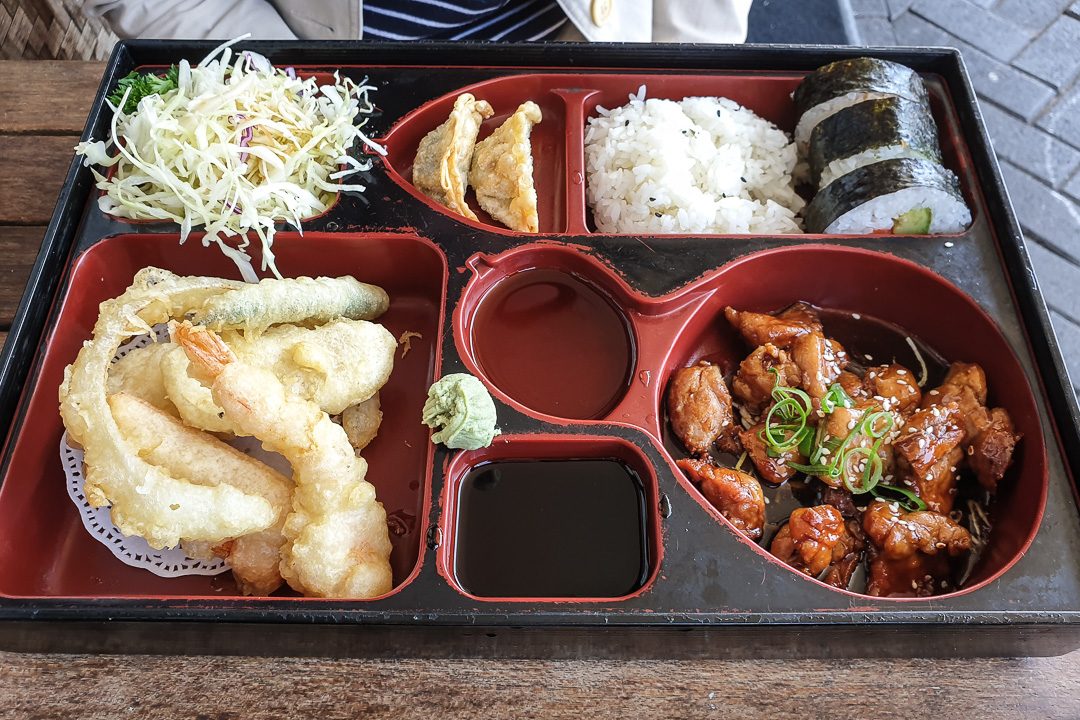 And the next one was this Asahi Bento (NZ$18.00) Teriyaki Chicken, prawn and vegetable tempura, dumplings, fresh salad, rolled sushi, rice and miso soup. 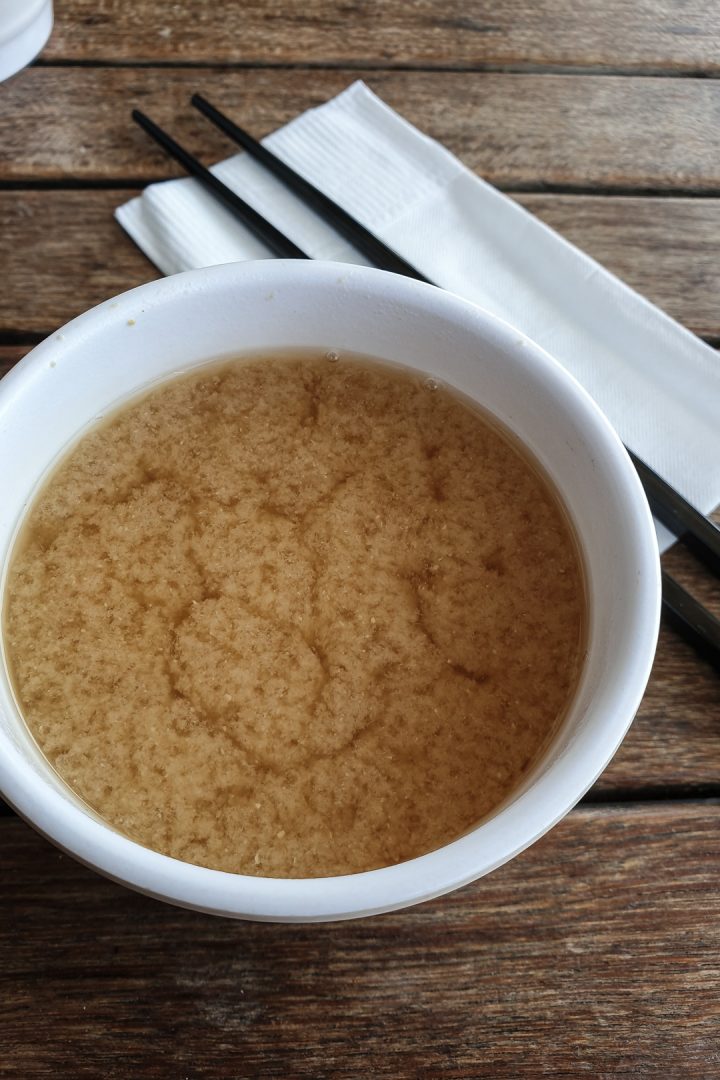 Photo on the menu looks enticing and that’s exactly how it was served. So how was the food? Let’s start with the miso. Well this one was stock and standard, nothing special about it. Then the Squid Karaage, this one lacked life, karaage was not crunchy at all, and was quite bland, luckily it was served with some soy sauce that gave it some flavour.

As for the Asahi Bento, tempura was OK, there was one prawn and the rest were vegetables, at least that one was crispy. the dumplings was deep fried, I was expecting a gyoza style one since this is a Japanese restaurant. Chicken Teriyaki was just OK, tasty and that’s it. Sushi was average too. One good thing with it though is that it has variety and serving size was good, for an NZ$18.00 bento serving portions at that price will be hard to find here in Auckland.