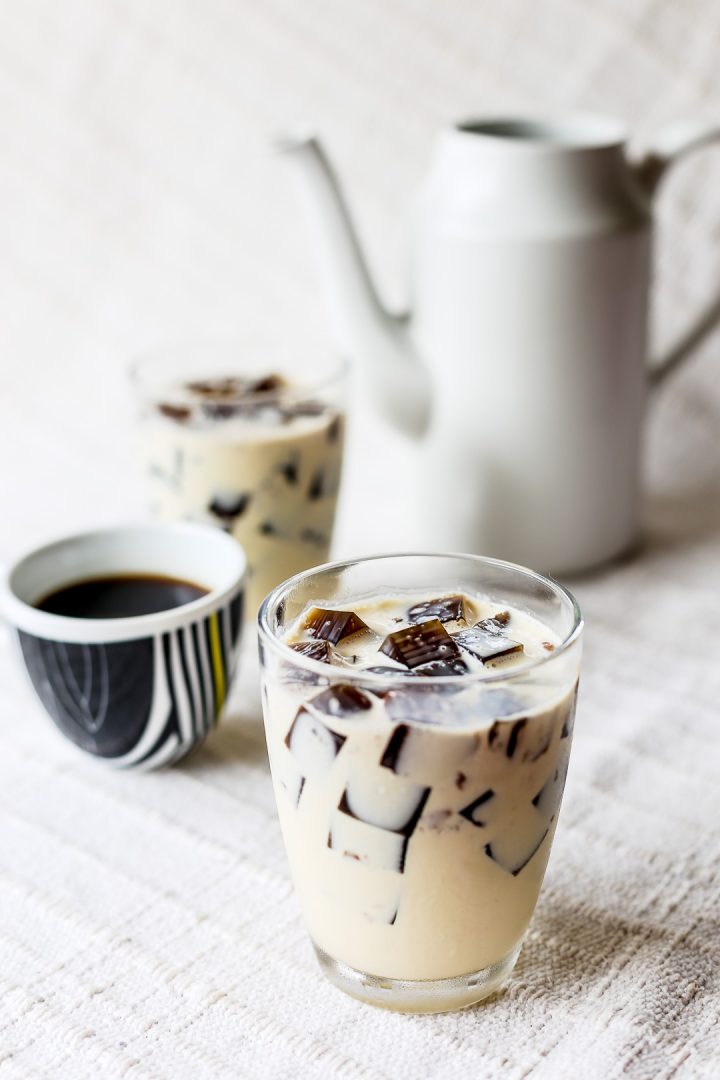 Coffee Jelly is quite an old English dessert, this thing can be seen in cookbooks like this The New Family Receipt Book published in England as early as 1813. Original recipe is named as Coffee Cream and Coffee Jelly and in the book, it states the following methods.


Boil an ounce of coffee berries, twenty-five coriander seeds, half a stick of cinnamon, a bit of Seville orange peel, and a little loaf-sugar, in a pint of good cream, for nearly a quarter of an hour. In the mean time, having beat up the whites of four or five eggs, strain to them the warm liquid, put all over the fire, keep whisking it till it thickens, and then pour it into a dish or separate cups or glasses, and serve it up cold with any favourite biscuits. Some prepare an agreeable coffee cream by making a gill of very strong and clear coffee, and a pin go rich calf’s-foot jelly; which they mix together while both are hot, adding a pint of good cream with load or Lisbon sugar to suit the palate. As this will be jelly, though it should not be stiff, it is a much entitled to be called coffee jelly as coffee cream.

As the recipe suggests hot coffee back then was mixed with calves’ foot jelly then moulded but luckily during our time today, we have packaged gelatine. It was also believed in the early 20th century coffee jelly was a healthier alternative to hot coffee; in fact it was promoted, and it was thought the gelatine would absorb excess acid in the stomach. Since then it lost popularity in but in Japan it was the other way around, that is why until now it is still widely available everywhere in Japan, even Starbucks Japan had a Coffee Jelly Frappuccino in 2016.

Today it is still popular in Japan and its slowly gaining its popularity back in the Philippines, may be because its quick and easy to prepare, it is also a very affordable dessert, it also looks familiar to Filipinos as we have desserts made with jelly and cream mixture like the Buko Pandan and Mango Sago Jelly but whatever makes this popular what’s important is that this thing is delicious, a really nice dessert to end a great meal.

Coffee Jelly is an English dessert made with coffee flavoured gelatine served with sweetened cream. 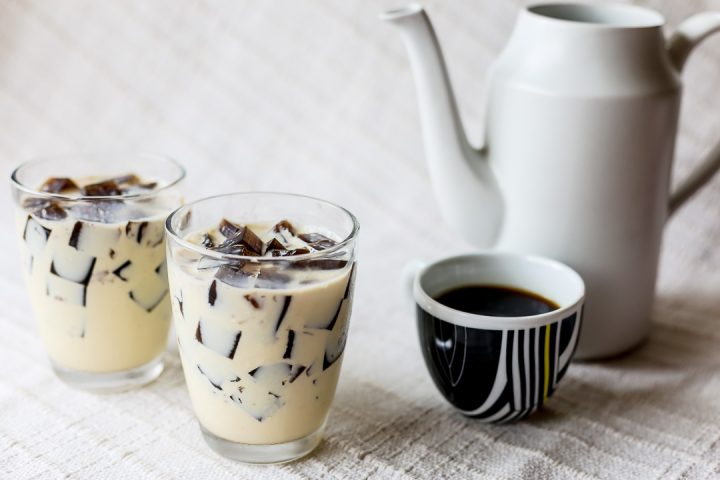