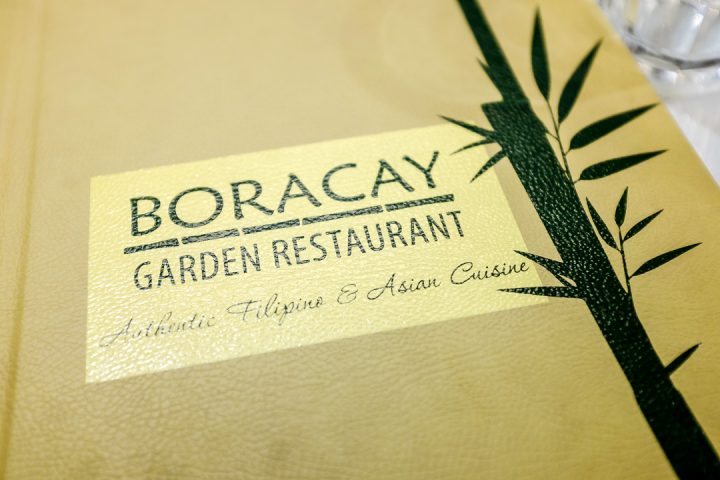 This is my third review of this place, why? That’s what I will tell you in my story below. Boracay Garden in my personal opinion is the best authentic Filipino Restaurant in Auckland, take note of the authentic word, since there are also good Filipino restaurants out there but they are mostly Filipino fusion, nothing wrong with that, I just want to separate what’s authentic and what’s fusion.


Best Filipino Restaurant, I know that’s a big call, but it certainly is. If someone asks me where to go if they want a nice Authentic Filipino Restaurant in Auckland then I always point them to this place, I am proud that we have a such place to showcase the Filipino food, it’s because they cook honest to goodness Traditional Filipino food, the place is presentable compared to most Filipino restaurants in Auckland, the service is excellent and its very accessible, its located in Customs St West, how accessible is that?

Our last visit here was because of a review, when Metro Magazine invited me to review crispy pata across Auckland. When asked to suggest which place to grab them, Boracay Garden was one on my list. We came here on a lunch time, it was an unannounced review so we can get the real service without bias, but there was a problem, they don’t serve Crispy Pata during lunch time. We don’t want to go back for dinner as we were here already, so we told them we need some Crispy Pata at this moment? So, what’s the need for? Well we must tell them.

That magic word that we are in the process of reviewing Crispy Pata made this simple lunch to a feast. The waiter told the owner, which at that time was at the premises, hence they served us with different viands, it was so much for two people we told them they don’t have to do that, but they insisted. We sort of haggled and told them we won’t finish what they want to offer, so, to meet in between we told them they can just serve tasting portions, so it does not go to waste.

Crispy Pata was the first one to come out. It was the only order we want so they gave us real portion, it was a huge portion and as the owner explained they serve the biggest crispy pata across all Auckland Filipino restaurants, I agree as I had tried almost all of those already. Their crispy pata was crispy, skin was well seasoned and very crunchy, it was perfectly cooked. Insides was soft and has flavour, it was so good sometimes we forget to dip it in the sauce, as it does not need it. Collagen perfectly melted with the meat giving it some nice sticky texture.

Next up was a vegetarian item which I was surprised. It was Nilagang Baka (Beef Soup) without the beef, basically nilagang gulay. Boracay Garden is promoting this, as the owner said, sometimes there are vegetarians that had a nosey on what their offering it which led to the creation of this dish. For a vegetable soup, it was surprisingly tasty, it feels like I and drinking down some beef soup but of course there were no cows involved in the making of this dish. It was filled with cabbage, potato, celery, broccoli, corn and saba bananas.

Then they served us sisig as well, this was our favourite, luckily this was served after trying out that Crispy Pata otherwise we won’t even touch that, sisig was good. The flavours were amazing, it’s not very fatty and that burnt bits from the hot plate gave it some nice texture. It’s a 10 out of 10 sisig. 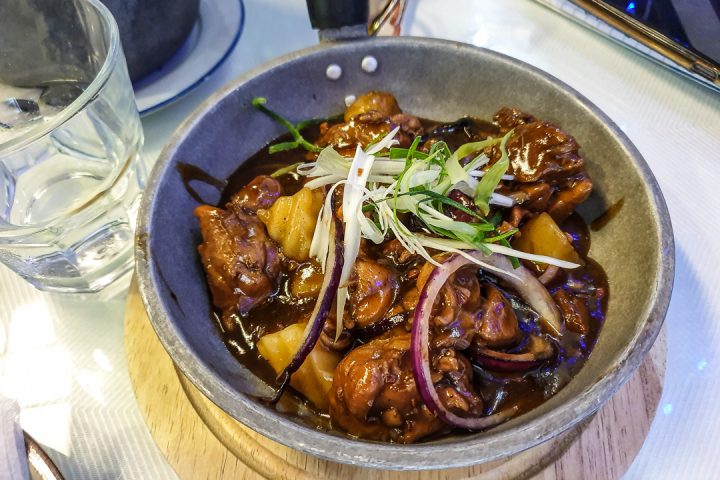 Last item was their chicken adobo, this one I have some reservations as I grew up with a very different adobo, first we don’t cooked it with onions and ginger, then the taste notes that I grew up with was sour, salty and sweet where the ratio is around 50% sour, 30% salty and 20% sweet, this one was more sweet than anything else. It may please others, but I was expecting another flavour, so it was not my favourite. To give “benefit of the doubt” there are many ways to cook Adobo, so definitely for those who grew with this flavour profile for adobo they would easily like this.

They were still pushing more food and insisting on giving us the Daing na Bangus, we politely declined as we had too much. And yes, they offered dessert too, but we really don’t have space anymore.


We had such a great time, food was amazing, service was always phenomenal at this place, you always feel welcome and at home. Food may look rustic but that’s the beauty of it, that’s Filipino food.