The wife visited the Philippines around November last year and one of her pasalubongs was this Deremen, a type young glutinous rice popular from Pangasinan that has a unique processing method. Processing deremen is quite laborious, it starts by handpicking the rice stalks individually, toasted on hot embers while it is still in its husk before it is pounded, the result is like a pinipig kernel that was toasted.

This rice is available only once a year, after its harvesting season around October hence it also explains its popularity during the Halloween (Undas) season, making it a main stay in Pangasinan’s cuisine during those periods. Tradition during Undas stated that deremen is usually placed at the altar of every Catholic household as a food offering for the departed, this happens before people go to the cemetery to pay their respects to their dead.

Deremen is also called Inlubi and Nilubayan, it is usually found in most public markets of Pangasinan towns and cities from October to early December. While it is sold in the market, you won’t find anything in the stalls, rather they are sold by the mobile vendors carrying their bilao. 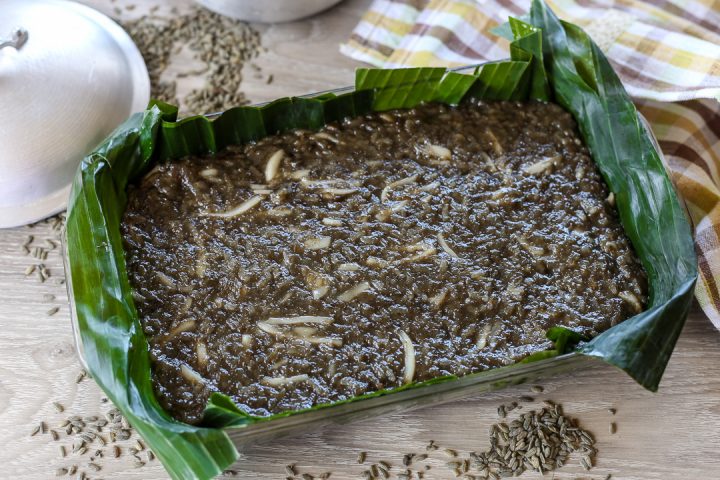 Today we will make one, and like the Deremen in Pangasinan, this is once in a while, why? Because we have a limited supply of this rice and to make things worse, we can’t buy it in New Zealand. Another reason, the cooking method too is labour intensive, just imagine mixing this continuously as it becomes very thick in consistency for 45 minutes.

Deremen is best consumed cold but can also be eaten at room temperature.