For most people the aroma of bagoong or fermented shrimps will be revolting, I can’t blame you as this is and acquired smell and taste but for most South East Asians the scent if this in a dish is one of the best food smell there is, definitely mouth-watering. It has been used in different South East Asian dishes as its main flavouring like in fried rice, fried noodles and even vegetables where instead of fish sauce or salt this pungent ingredient is used. In Philippines bagoong is even used in stews like pinakbet, Bicol Express and our recipe today Binagoongan Baboy sa Gata.

Binagoongan Baboy sa Gata is a dish derived from the dish called Binagoongan Baboy, but instead of just stewing the meat using water and vinegar, coconut milk is added to give it a creamy twist. I guess this dish would have been the Bicolano’s version of the Binagoongan Baboy since most of the dishes in that region uses a lot of coconut milk and chillies which is abundant in that place and surrounding provinces. A very tasty dish! it’s one of those dishes you will need plenty of rice, its rich, its savoury, its pungent, its creamy and if you choose it can also be spicy. 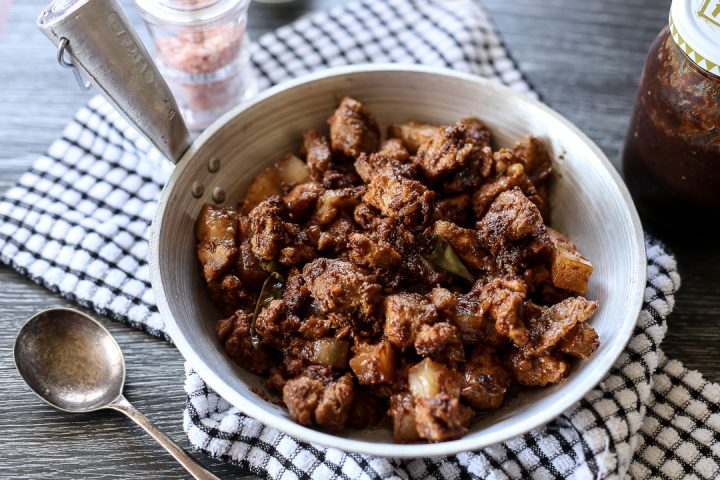