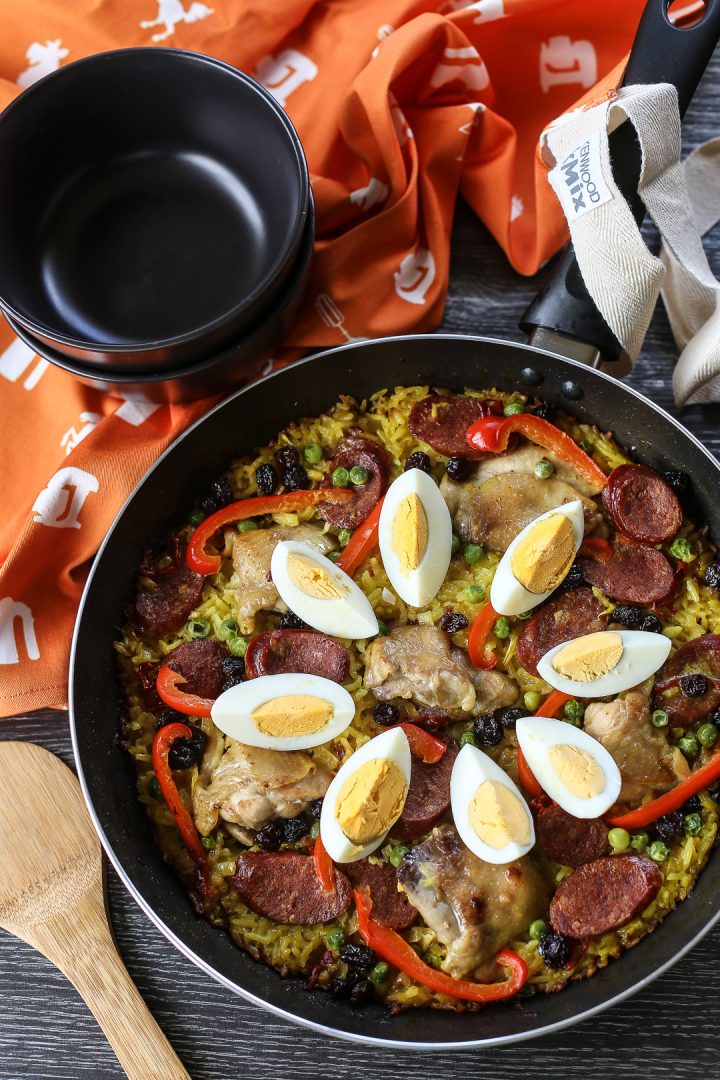 Bringhe is a quintessential Kapampangan dish, a Kampampangan party is not complete without this. So, what is Bringhe? Bringhe is a rice dish usually served on special occasions, it is commonly prepared with glutinous rice, chicken, chorizo, peppers, raisins, peas, turmeric and coconut milk. It was inspired by the Spanish paella and the South East Asian Biryani.


Bringhe is a type of Paelya a generic term to describe similar dishes to the Valencian Paella but instead of the usual Spanish ingredients, Paelya uses local indigenous ingredients to give it colour and flavour. Ingredients like annatto, turmeric, safflower or squid ink can be used to give it that vibrant colour. Rice used is different a well where it can use glutinous rice which can be combined with normal white rice which gives it a distinct sticky texture as opposed to the al dente texture that the Spanish Paella has.

Paelya has many variations and Bringhe is one of them. Others are:

Now on to our recipe Bringhe, the yellow paella that originated in the province of Pampanga. Bringhe is of pre-colonial in origin and the name is a cognate of the dish called Biryani, originally there were no chorizos and eggs. When the Spanish colonized the Philippines this dish slowly merged with the Spanish paella.


It may look complicated to prepare but trust me this is easy and with the Christmas and New Year’s happening in a few more days, this is a good dish to prepare and impress your friends and family. 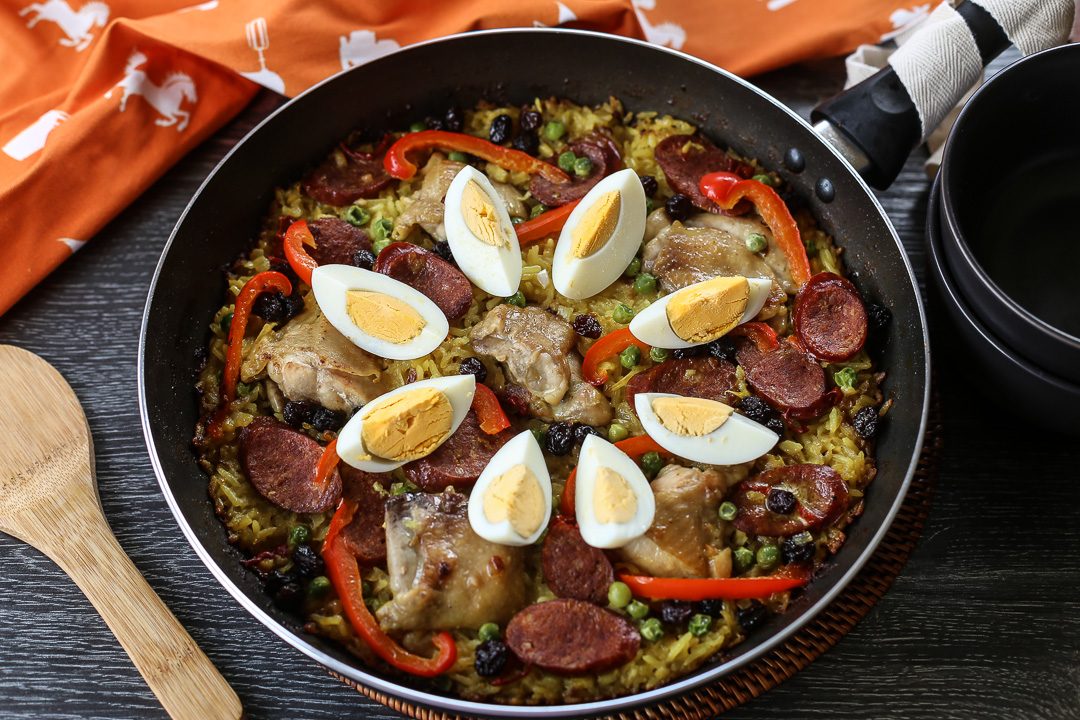