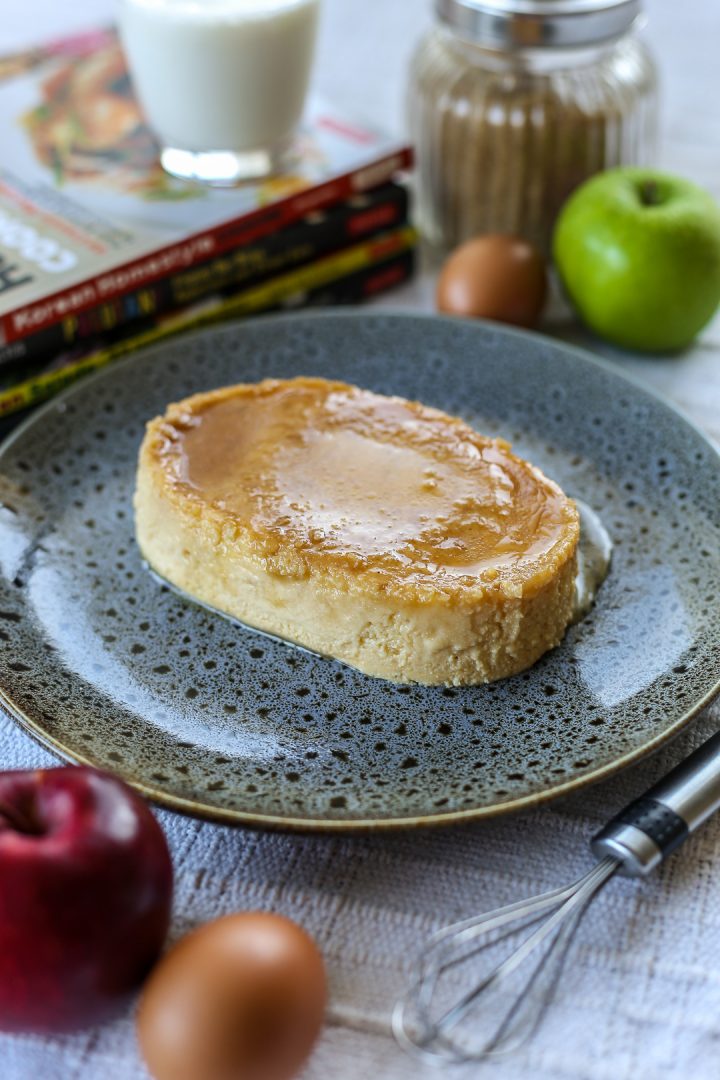 This is how the Filipinos prepare their leche flan before, with apples, and it is one of the influences of the Spanish cuisine. The original desert came from the Spain’s version called by a similar name but with a letter “Z”, Flan de Manzanas. Today this is rarely served due to Filipinos becoming budget aware specially when apples are expensive compared to other fruits. I still remember when the Americans still control their bases back home, apples were so pricey they are given as gifts to loved ones per piece, it was also a good alternative to roses. Hence during these days leche flan became the better alternative to those who keep a tight eye on their budget and since then Flan de Mansanas was forgotten.


Today we are reviving that recipe and educate those who never came across this delicious dessert. It’s very different compared to Leche Flan as this one is not dense as it used the egg whites as well, this is light and airy, and the essence of apple can be enjoyed on every bite. 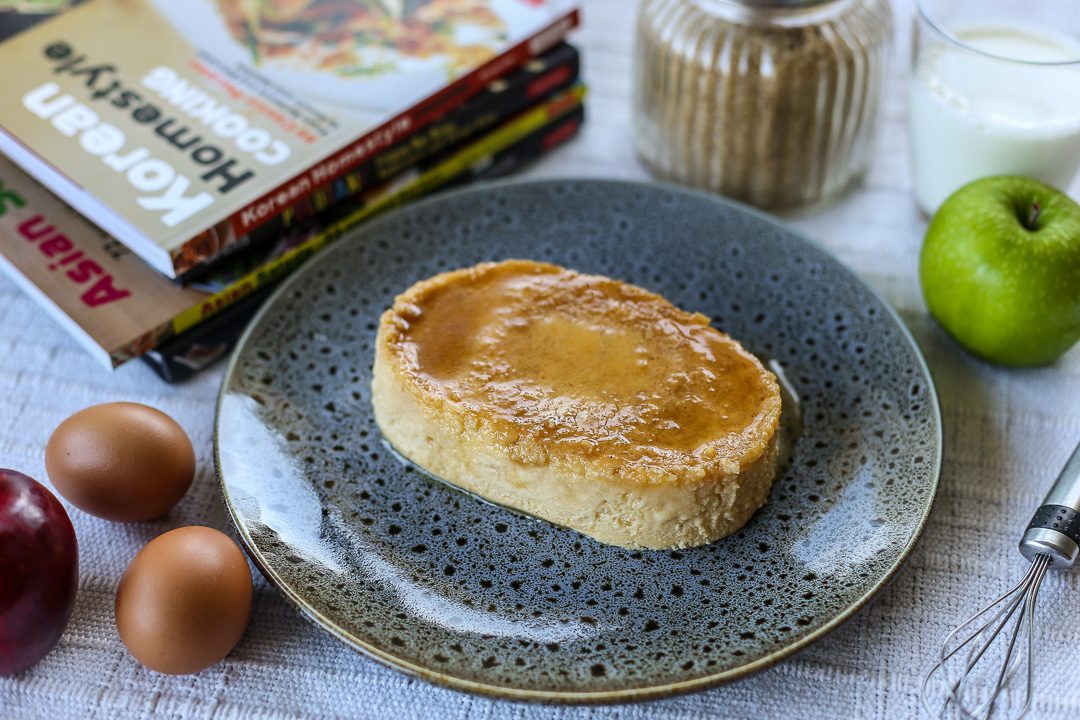