The Endless Varieties of Kakanin

Another great example of a kakanin variety.  This glutinous rice treat is known for its banana leaf of buri palm wrap. Usually prepared with glutinous rice and coconut milk then steamed or boiled. Like puto there are many varieties for this one as well.

Suman – The most basic form of Suman, glutinous rice wrapped in banana leaf

Binallay – Prepared with glutinous rice flour which is made into a dough, wrapped in banana leaf then served with coconut sugar syrup and curdled coconut cream called latik.
Black Rice Suman or Suman Tapol – Made with Black rice popular in the province of Baler, Aurora.
Pintos or Binaki – Not made with rice but with corn and wrapped in corn husks, it’s like a dessert tamales.
Suman Budbud – Suman stuffed with chocolate popular in Dumaguete

Found myself craving for my fave childhood suman/budbud after seeing photos my sister @nessyagapay have been posting in FB and the sad thing is, there’s no way I can find it in Hong Kong. So I’ve decided to make some of these smoother and two toned Native Suman Muron. My Lola Mending must be very happy seeing this, who is the Queen of merienda and kakanin in our tiny branggay. Mangaon ta!! #mmcookingdiva #dessert #kakanin #kakaningpinoy #pinoyfood #pinoyfoodie #sweet #suman #sumanmuron #foodiehk #instafood #foodiegram #delish #homemade #filipinochef #cravingssatisfied


Suman Muron – Another chocolate suman this time its layered, first with a milky infused rice flour then with cocoa infused rice flour.
Suman Pinipig – The green suman made with green rice called pinipig.
Suman sa Binuo – Your usual suman but wrapped with Tagbak leaves giving it a unique balmy and minty flavour
Suman sa Ibus – The most popular variety wrapped in palm leaves, unsweetened but served with sugar and grated coconut.
Suman sa Inantala – Similar to the Ibus variety but wrapped in banana leaves.

Sumang Kamoteng Kahoy, Cassava Suman or Alupi – Suman made not with rice but with cassava and sugar.
Suman sa Lihiya – Prepared with lye treated glutinous rice giving it a unique texture.
Sumang Wilmacale – Similar to cassava suman but firmer in texture and served skewered 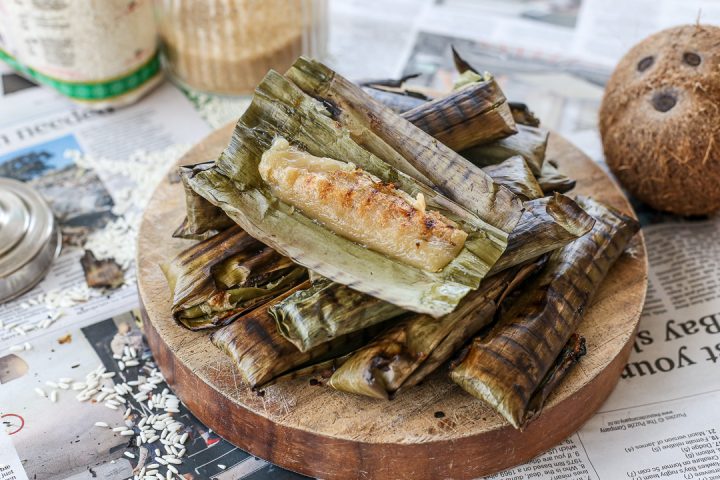