The Endless Varieties of Kakanin

Perhaps the most popular one in this list, it’s so popular there are many varieties of it which I will mention below. The most basic is a simple fermented rice ground and mixed with sugar and liquid (milk or water) steamed and enjoyed on its own or with other savoury dishes like pancit and dinuguan. Varieties include:

Puto – the most basic form, prepared with rice flour, sugar and milk. Salted duck egg or cheese are options for topping but it can also be good without.
Puto Anise – Puto prepared with Anise Seed
Puto Balanghoy or Puto Lanson – Made not with rice but with cassava, coconut and brown sugar
Puto Binan – The big puto, usually comes as a large slab or in a bilao, it is sweet and cheesy

Puto Bumbong – The Christmas puto made with ground purple rice cooked in a bamboo steamer, usually served during Christmas 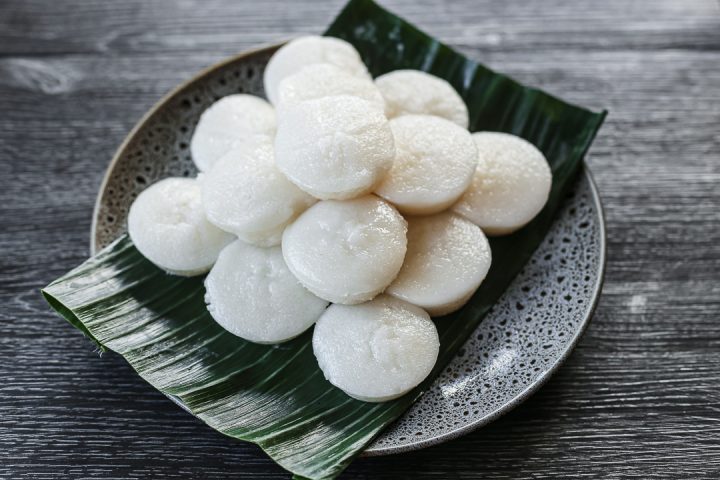