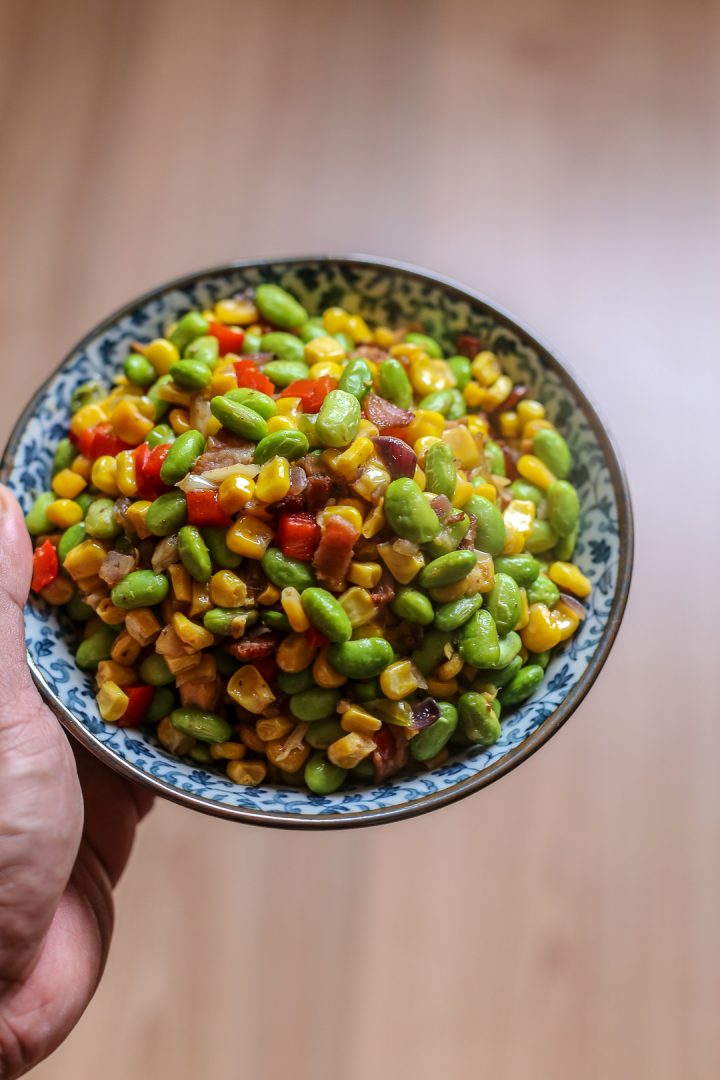 Have you heard about this dish? Perhaps not if you don’t live in America but for Americans this is quite popular specially in the American states of Maine, Vermont, New Hampshire, Massachusetts, Rhode Island, Connecticut and Pennsylvania where it is commonly served during Thanksgiving celebrations. This recipe has quite a long history where it was believed to had existed since the 17th-century Native Americans until it was introduced to the to the struggling colonial immigrants during the Great Depression.


Its native American origins meant the name came from the Narragansett Indian word “msickquatash” which means “simmering pot of corn to which other ingredients were added”. History says that this dish was considered to be a mains dish and was served all year round. Winter succotash on cold months are made from dried corn, dried beans and pumpkin while summer succotash served on warmer months are made with fresh sweet corn, shelling beans and tender summer squash. Then many years later this dish evolved into a side dish and other ingredients were added. While this dish had undergone its evolution two ingredients remain the same, beans and corn.

Today we are preparing a common succotash variant where bacon is added, we are also using some capsicum for added flavour and the choice for beans will be edamame which I have tons of spare from our freezer. A simple dish that you can have on the side with some grilled meats drenched in gravy, or perhaps some roasted turkey or chicken anyways this is a Thanksgiving dish, right?

Succotash is a dish prepared traditionally with sweet corn and lima beans or other shell beans together with other ingredients such as tomato, capsicums and okra. 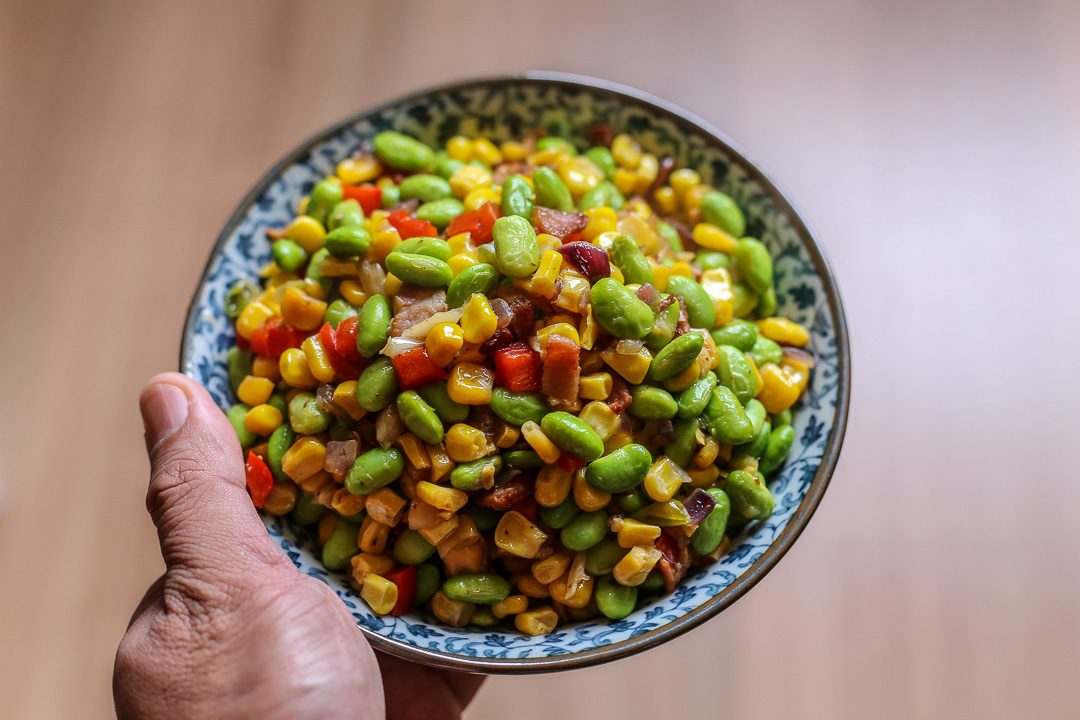