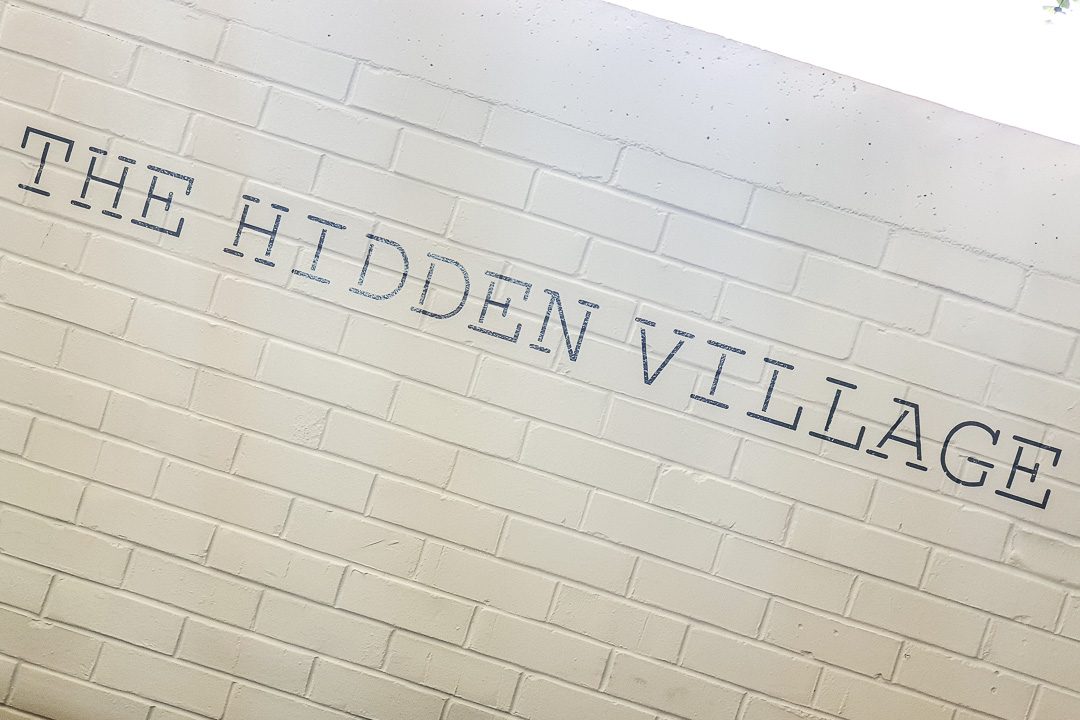 There is a new Filipino in town and we literally dined in here a month ago, a few days after it was opened. It’s one of those unplanned visits after we had a short stroll in Ponsonby, it was snack time so we thought of having some grilled cheese sandwich in Ponsonby Central but for some reason we got drawn into this place instead, The Hidden Village. It must have been the bright white clean area that was once dark, it’s just a refreshing look on that section compared to before, we then take a look at the menu and the first thing that we saw was the Filipino Barbecue and that’s it was sold.

The Hidden Village is an Asian Street Food style eatery where in their offerings are inspired by the flavours and culture of the food that line the streets of South East Asia with heavy emphasis on the Philippines that is why you see Pinoy Barbecue, Tokwat Baboy, Adobo and Turon on their menu, most of the staff were Filipino as well. Other South East Asian offering was the Mie Goreng, Vietnamese Spring Roll and Sambal Fish to name some. Menu was quite simple, there were just 13 items and one of which is rice, and like most of you know by now, I love menus like this, less stressful, simple and straightforward, it will also give the eatery a chance to master all of these offering making it better than those with 10 million items on offer. 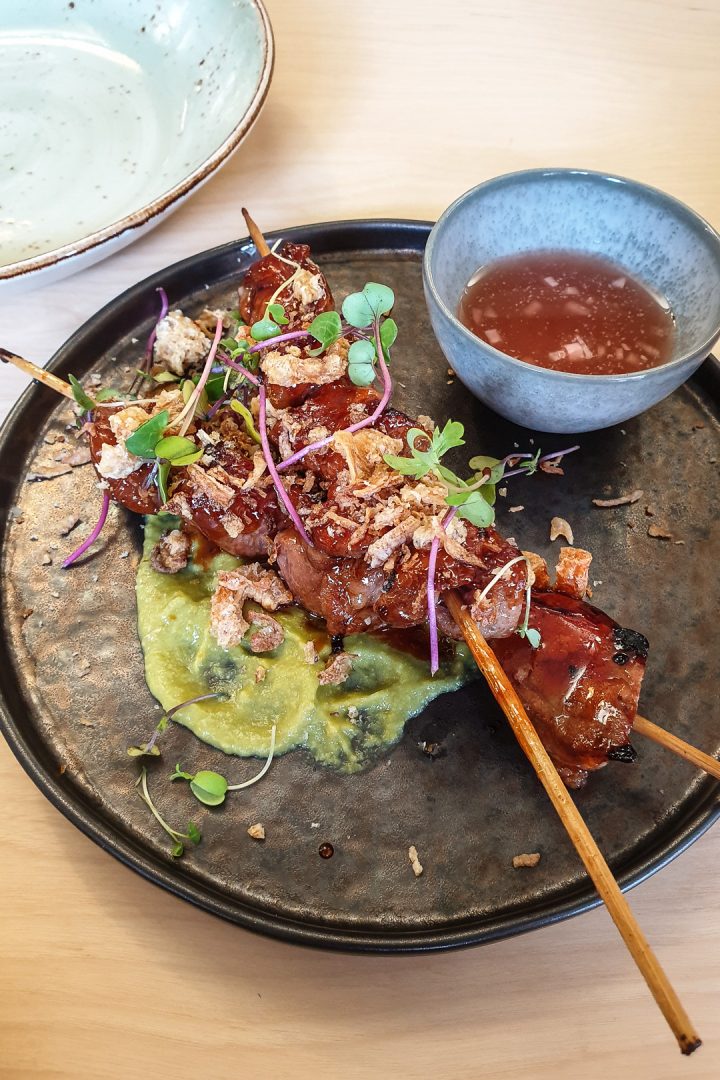 Like I said initially we were attracted by the bright section so we grabbed a seat and table, and ordered some BBQ Pork Skewers (NZ$16.00), Satay Chicken (NZ$16.00) and Tokwat Baboy (NZ$15.00). Let’s start with the BBQ Pork Skewers, this one is prepared with grilled pork with glazed with Filipino BBQ sauce, chicharron and fried shallots with chilli lime vinegar. I really enjoyed this one, I love the pork cut they used, which I guess might be pork scotch or pork shoulder, it has the right amount of fat on it that won’t surprise non Filipinos, it tasted like the real Pinoy Barbecue you get on the streets of Manila, it was sweet, savoury, juicy and very tasty, in fact it was so good whatever it came with will never be remembered apart from that chicharron that added a different texture dimension. 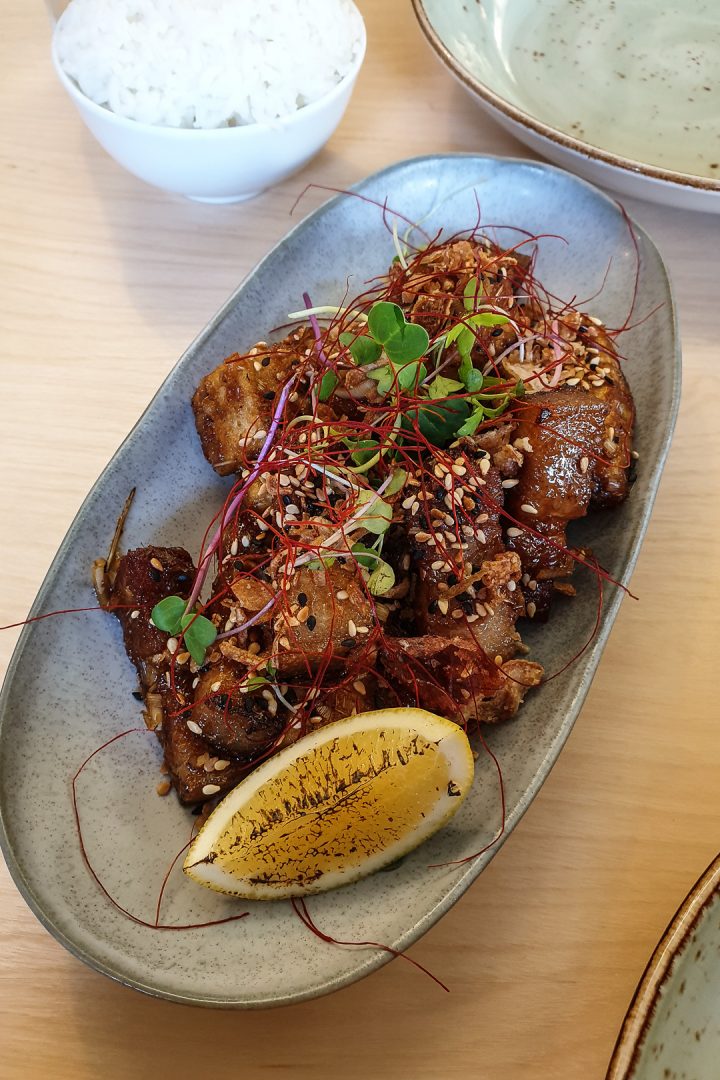 Next was this Tokwat Baboy, a wok Fried tofu and pork served with lemongrass, shallots, sesame seeds, red peppers and lemon. With this one they took a different approach, instead of using firm tofu, they used the soft one which is denser, pork used was similar to the pork barbecue unlike the traditional one that uses pork ears. I think those are good substitutes so it’s more palatable for the Kiwis. It has the same essence of Tokwat Baboy, sour and savoury but texture is quite different, more on the soft side without the usual crunch you get from the cartilage and tofu. Regardless of that I liked it, a very refreshing way to serve this dish up. 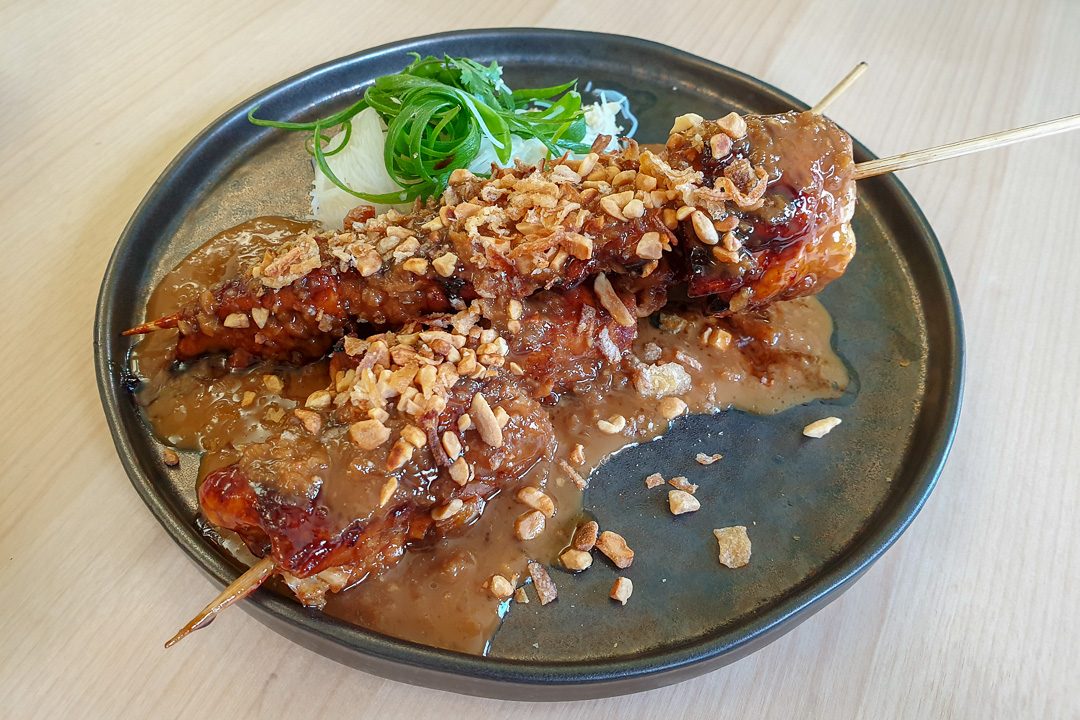 Finally, we had the Satay Chicken, prepared with grilled chicken skewers served with pine noodle salad, peanuts, fried shallots, coriander, spring onions and satay sauce. I love the flavours on this one and they did get that satay sauce right, the chicken cut used was breast so it was on the dry side, it was well seasoned though. Good? Yes, but if I have to change something here, I would change the meat cut to be boneless chicken thighs which retains more moisture and fat while cooking, it has an amazing texture as well.

Definitely a new place that I can bring my non-Filipino friends and colleagues to, it’s a nice representation of the Filipino food as well as South East Asian food which while it is not as traditional as you might think, the essence remains the same. Good food, great service, clean place, try it out!