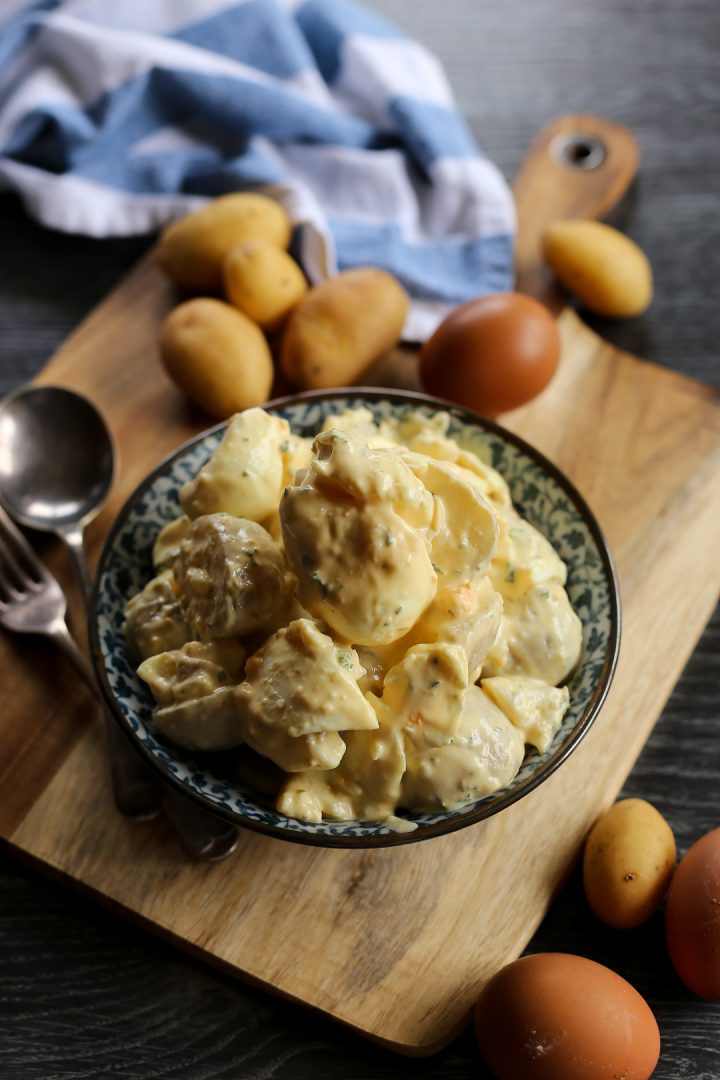 Originally called Kartoffelsalat, this German creation is now enjoyed throughout the globe. Potatoes were non-existent in Europe before the 16th century thanks to the trade routes, the Spanish have bought this important and now a staple culinary ingredient to Europe after they had discovered it in South America. From the it was introduced to farmers then by merchants which become popular within the region. The Germans then developed the recipe and it was prepared by boiling the potatoes then served with a dressing which differs depending which part of Germany it is. Northern Germany is prepared like the ones in America where it is dressed with mayonnaise while in Southern Germany it is prepared with bacon, vinegar, salt, pepper, vegetable oil, mustard and onions.


American potato salad then was created where it was based on the recipes that was brought over German and European migrants during the nineteenth century, similar to Bratwurst, Hotdogs and Hamburgers. Slightly similar ingredients but it is not just constrained by the use of mayonnaise as yoghurt or sour cream dressing variation exists, Americans also use celery and pickles, it was also served cold. The rest was history.

Today we will be making this classic salad, it is based on the American version. A good side salad to match with any roast meats, its simple and delicious. 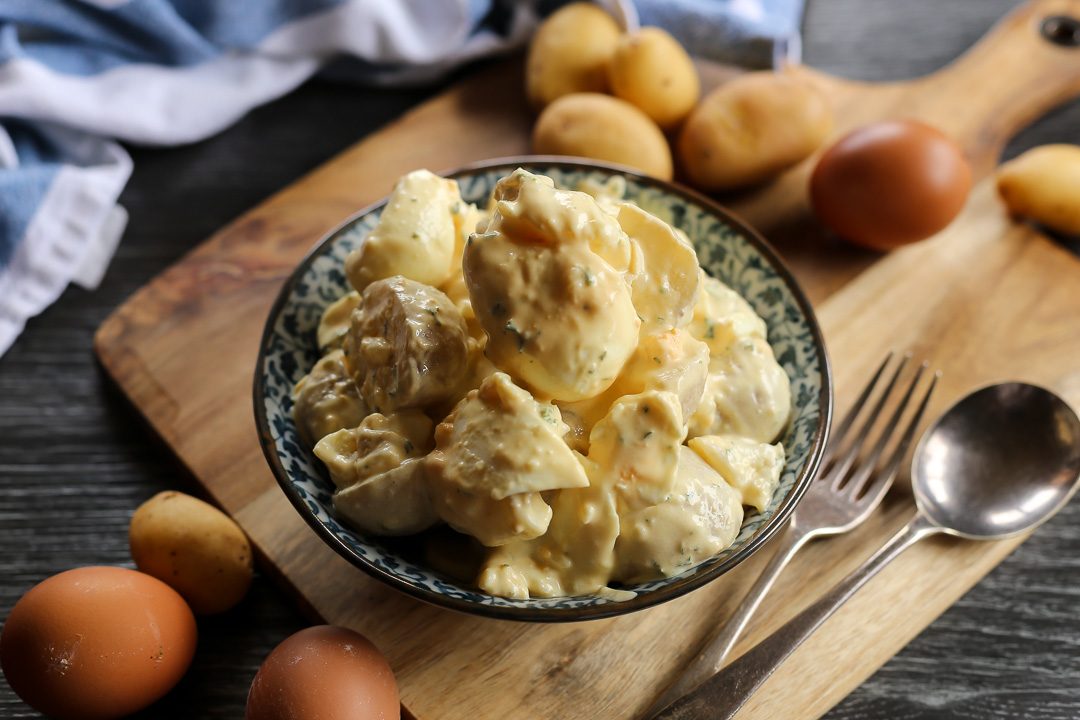