An odd but perfect combination of vegetables that leaves you wanting more! Di San Xian is a Chinese stir fry dish of Eggplant, Potatoes and Peppers seasoned with Chinese cooking wine, soy sauce and a bit of sugar. 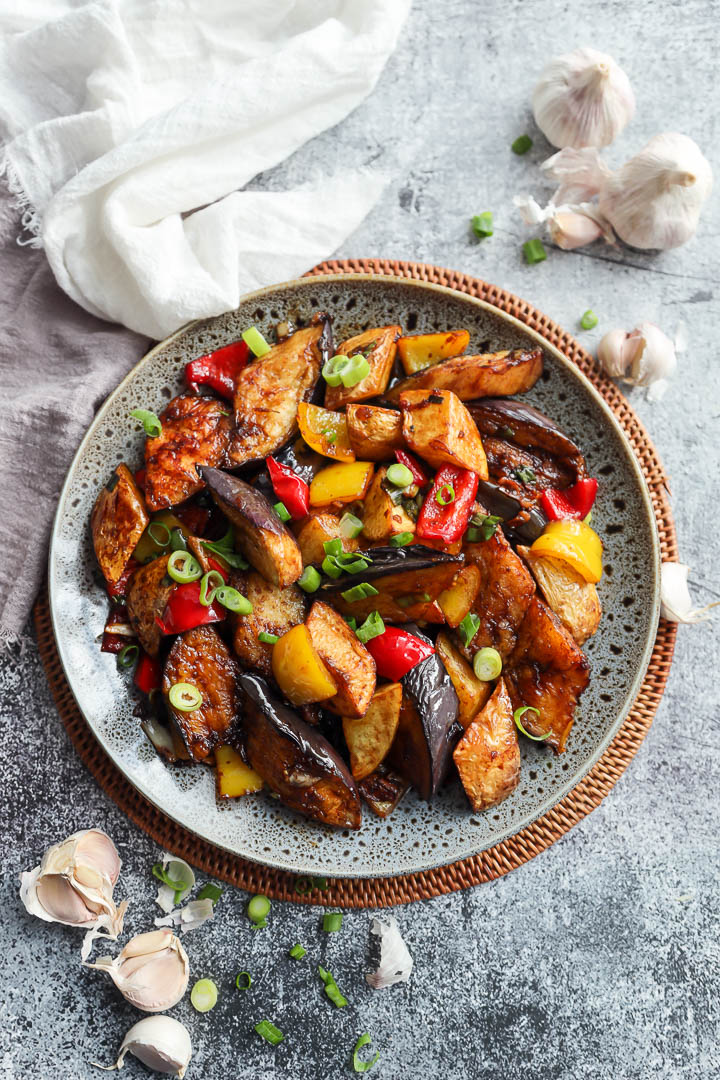 Di San Xian is a very popular Shandong dish prepared with of stir-fried eggplant, potatoes, and peppers. The name 地三鲜 roughly translates to “Three Earthly Bounties” which is its main ingredients. The first time I had this was just recently at this restaurant in Corinthian Drive called Lotus Garden, ordered it by mistake and since then the wife loved it.

A very simple dish where everything is deep fried then tossed in a savoury sauce flavoured with sugar and light soy sauce. This will be the first time I will be cooking this and I want it to imitate the texture of potatoes when we had it first, hence I coated it lightly with tapioca starch to give it a crispy chewy outside, I also just pan fried the eggplants as it soaks to much oil, the results was nearly there I think I just over cooked the potatoes a bit which gives it even a nice texture. 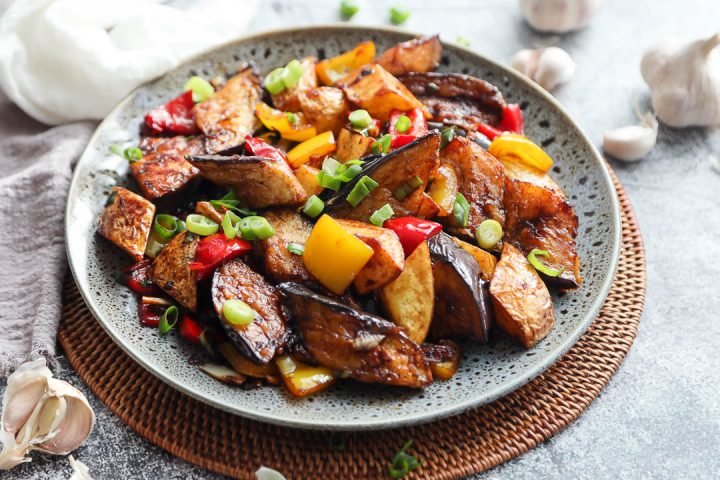 Di San Xian is a Chinese stir fry dish of Eggplant, Potatoes and Peppers seasoned with Chinese cooking wine, soy sauce and a bit of sugar. 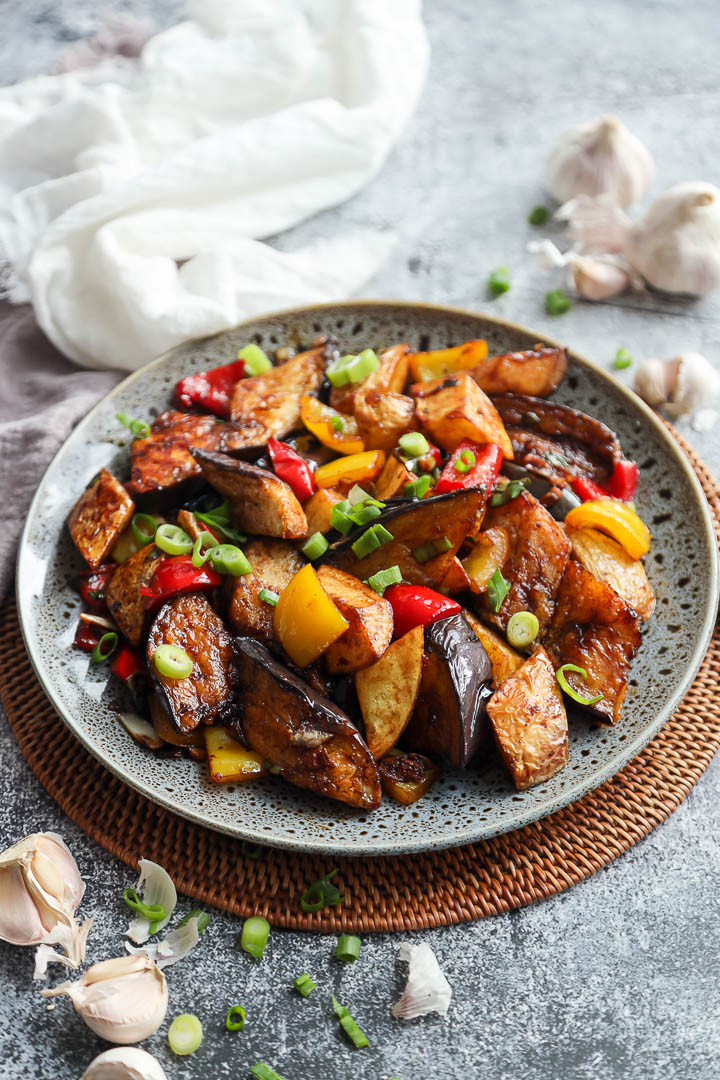