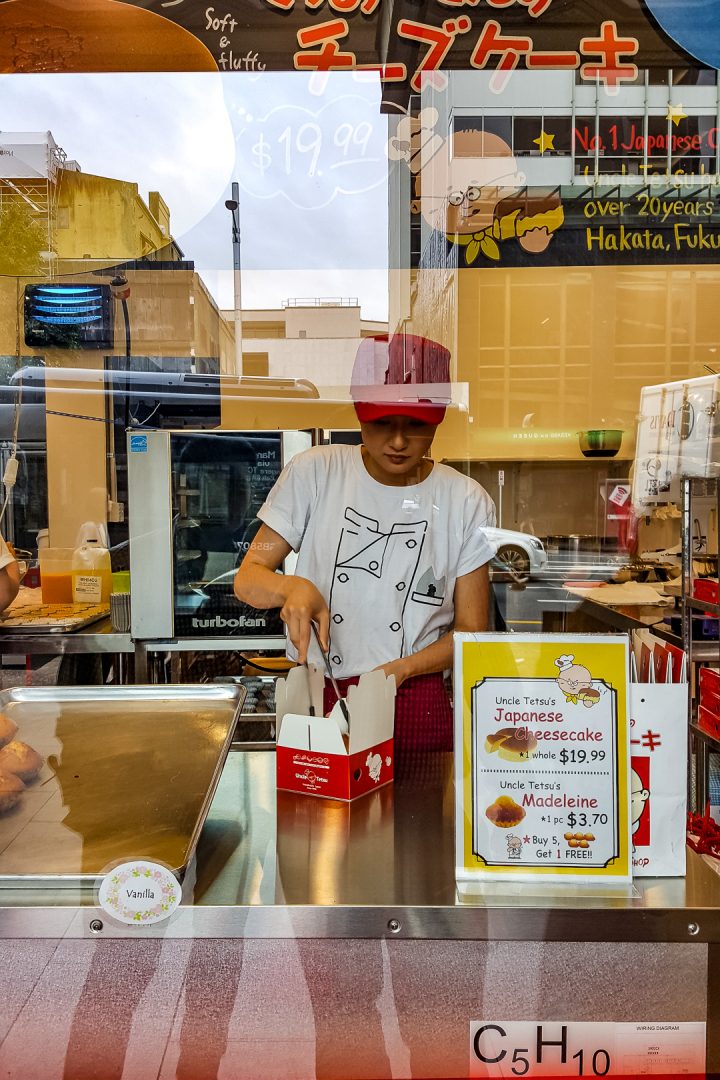 I have been wanting to try this for quite some time now but every time I pass by their shop in Queen St the queue is enormously long, like the queues you see on a popular theme park ride on a school holiday weekend, queueing is not my thing and its one of the things I love in New Zealand, queueing is not a common sight apart from this one.


To solve that issue I did make it at home first, with some research I came out with the recipe on this post. I did not know what exactly to expect but based on the looks, on people that tried it and even the ingredients used I sort of guess what it would be like but one thing for sure I don’t know what the real one taste like or what is the texture like until recently.

As we were buying our lunch, I saw for the first time this place does not have a queue at all, it’s a miracle which makes me think it’s like the queue marketing that some Hong Kong restaurants employ, where they opt not to make their restaurants larger so people queue outside, enticing passers-by to do the same. I took that opportunity and bought my very first Uncle Testu’s cheesecake, I was tempted the whole day trying it out but I resisted as I wanted to try it with my wife and daughter.

Home time! and I was excited, opening a box was like opening a gift, packaged really well complete with a nice cloth like cover on top, it was sitting on my desk for half a day so it is not as fluffy as what you see on Instagram videos, top was already creased. I did slice three sections, one for each of us and on first bite we were all surprised. With my Japanese cheesecake coming first before trying this we had a different expectation, I am not saying Uncle Testu’s was bad, we were just expecting something else. To compare what I did here are the differences, mine tasted more like a cheesecake, perhaps I was using a higher cream cheese ratio, my version as well is sweeter and is a bit denser but still fluffy. My officemates also noticed that difference so it’s not just me.

What I like with Uncle Titus is the texture, it was so even from top to bottom, my one is bottom heavy, meaning the bottom parts are denser than the top one. I do like the flavour, lighter than my one, perhaps that the preference in Asian countries where cakes are less rich in taste.


I guess it’s all up to your preference, if you prefer a richer tasting Japanese cheesecake then follow my recipe otherwise go ahead and grab one of Uncle Testu’s version specially now when there are not much of a queue.