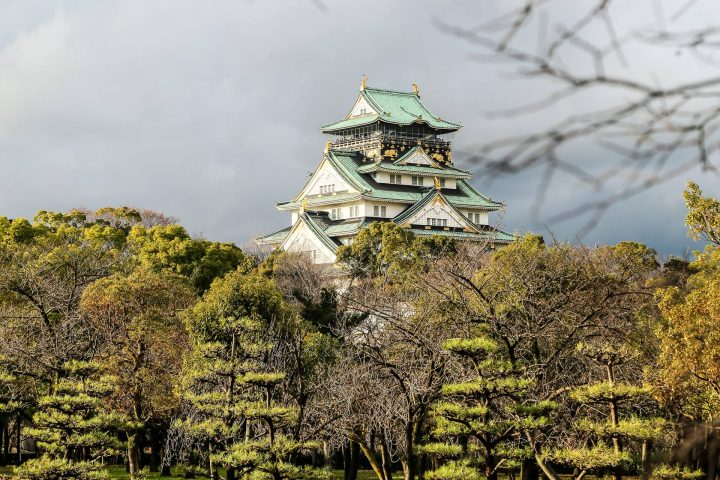 I guess there are more MOS Burger joints than McDonalds in Japan, at least from what I noticed from the places we visited, because of this even though it was not on my to try list I was intrigued, so we tried it once.

The one we tried was the one near the Morinomiya Station near Osaka Castle Park. It is a small stall, located in the main street of Chuo Odori, I think this place was two floors but we seated on the ground floor which only have 2 tables that sit at max 6 people, it was quite tight like their small bars. 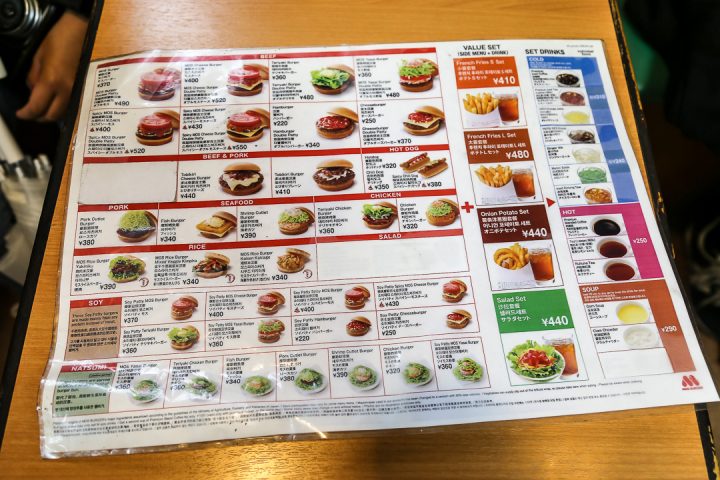 When we were offered the menu, it was quite a hard decision on what to try as they have tons of options like the Teriyaki Burger, Yasai Burger, Tobikiri, Shrimp Cutlet Burger, Yakiniku even hotdogs and rice burger. 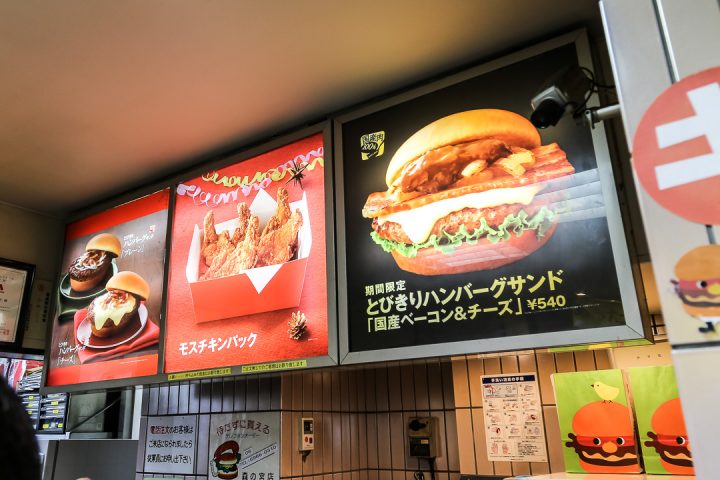 After some self-deliberation we decided to try their original burger called the MOS burger in which the most basic comes with a chilled tomato slice and a piping hot meat sauce. 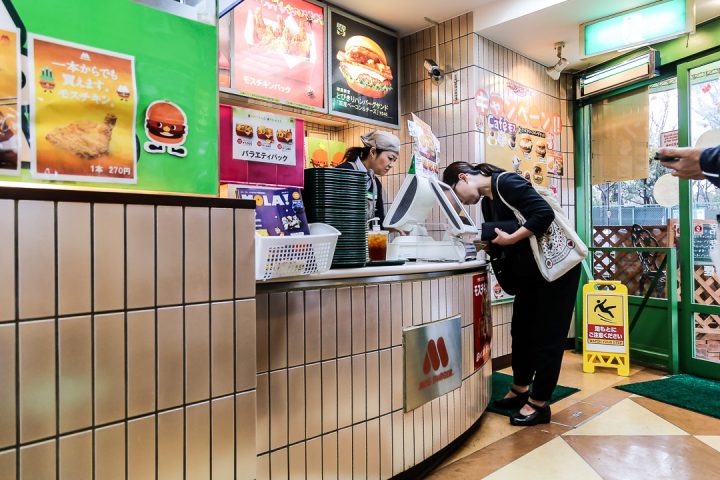 And we got it in two different variants 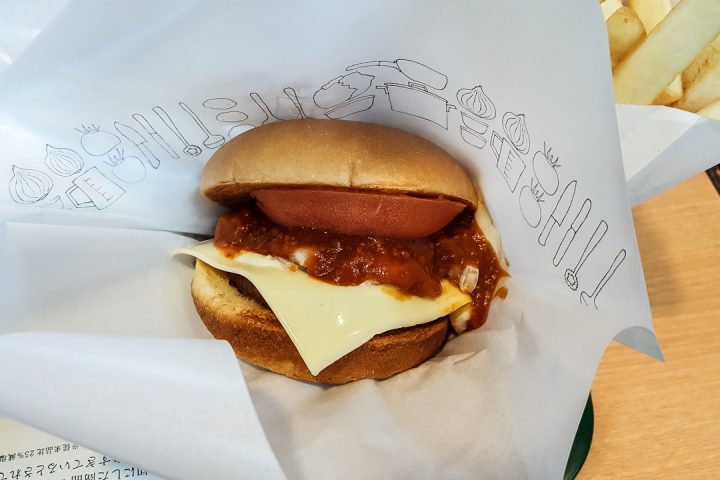 and then it’s bigger spicy brother which had double patty and filled with jalapeños, the Spicy MOS Cheese Burger Double Patty (¥550) 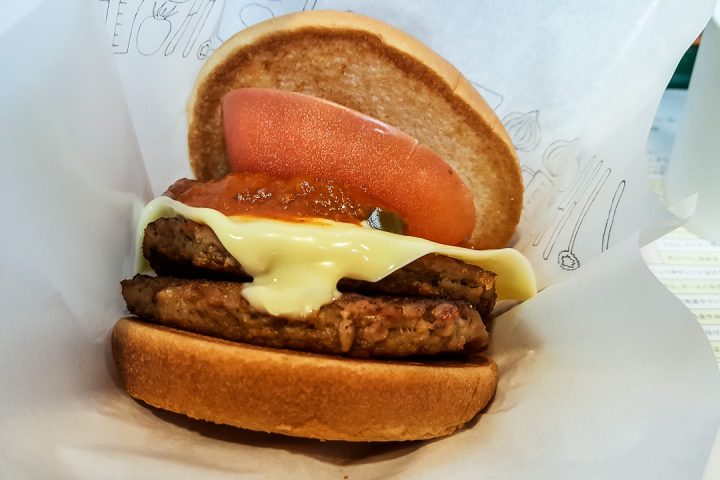 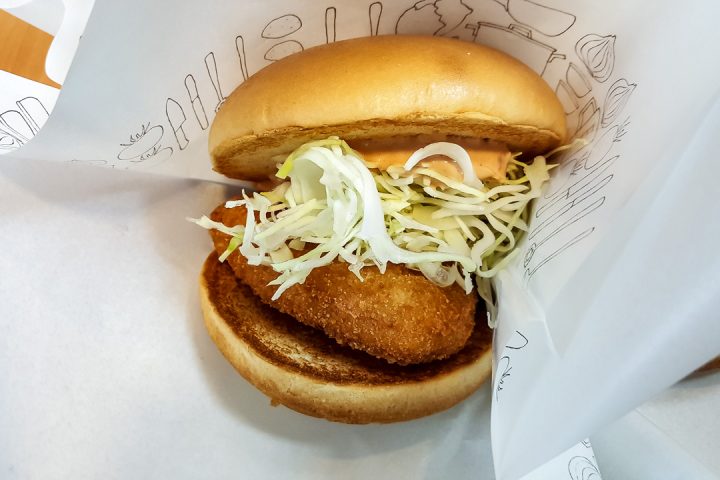 So how was it? Well it was quite interesting, it does not have the heavy flavours of the American burgers, it was light in taste but in a good way, the burgers were small compared to the burgers we have here in New Zealand which reminds me of the burger McDo back in the Philippines but million times better in quality. What I also noticed is that the burger you see in the menu looks very similar to the end product, buns are not squished, patties are not dried and it is juicy, it was also packaged real well unlike those major fast food chains.

Despite of the size, we enjoyed it, the subtle flavours are unique, it’s not strong but it still is tasty. I can’t wait to go back and try the other flavours.