A while back we had one of our office team building activities at Auckland Seafood School and another one was this post of ours today the Coconut Crusted Prawns with Pineapple Salsa. Both dishes were amazing, in fact it was so good I made sure I will be making them at home and share the recipe in this blog, I already made the fish stew and now this.


Coconut Crusted Prawns with Pineapple Salsa like the name suggests is a dish made of juicy prawns coated with crispy coconut then served with a salsa made with pineapples, coriander, chillies and red onions. You can definitely taste the Caribbean flavours on this dish, it’s an explosion of different flavour groups that blend well with each other, add to that the different textures you can get from every elements of this dish.

Like the fish stew that I made before I did not reinvent the wheel as it is already a good recipe so I will be sharing it as it is, the very same recipe that was handed over to us. It’s a fool proof recipe, it may seem long but it is easy, I made this dish thrice already and it never let me down. Thanks Auckland Seafood School for this recipe at the same time for introducing this dish to us. 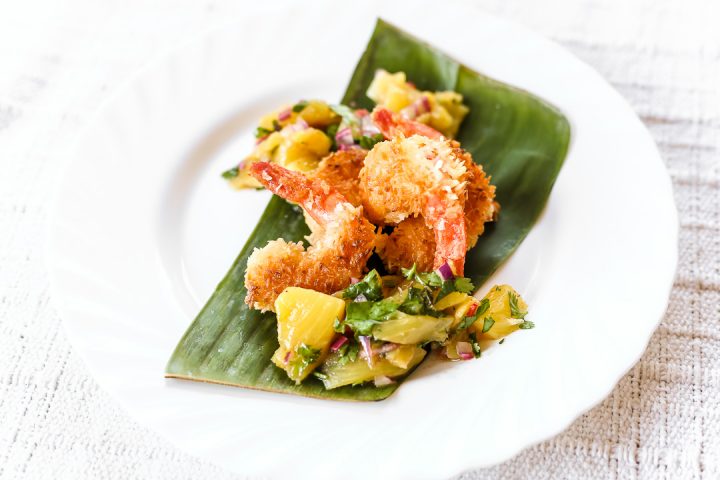