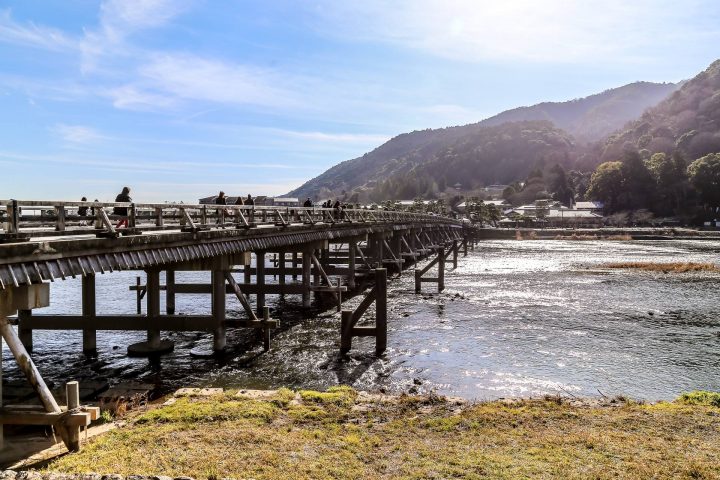 Arashiyama and its surroundings is the best place you can visit if you are in the Kyoto area, it’s a totally different sights compared to most of Japan. Instead of a concrete jungle this place offers a lot of nature and old temples / shrines. Of all the regions I saw in Japan this perhaps is my favourite place and having said that the others were amazing as well so don’t get me wrong.

While we were here we visited several places, the Adashino Nenbutsu-ji which is a Buddhist temple popular during the Heian period due to people during that time just leave the bodies of the dead people exposing them to the forces of nature. Today it is site for eight thousand Buddhist statuettes scattered around the area. 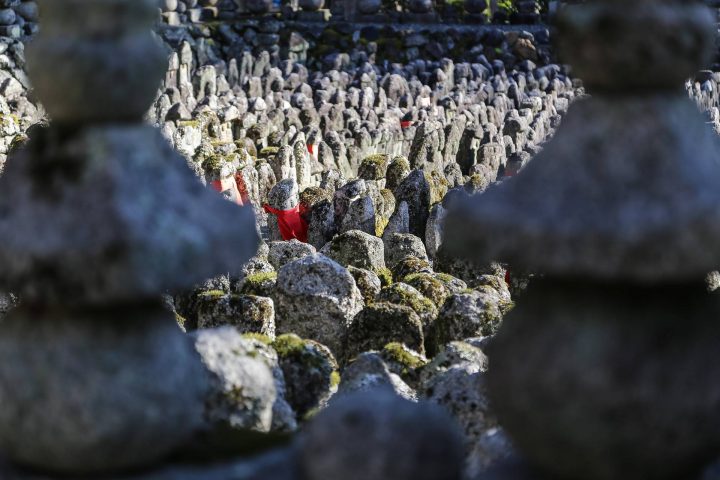 The Saga Toriimoto Preserved Street, which is a 300 metre street preserved in the style of the Meiji Period. Most of the buildings seen here were the traditional machiya (“town houses”) that served as private residences during the old days but now were converted into shops and restaurants for tourists.

The Monkey Park Iwatayama, Located in the Arashiyama mountains full of free roaming monkeys for visitors to view and feed from the secured cage area, it also has amazing views of the city. 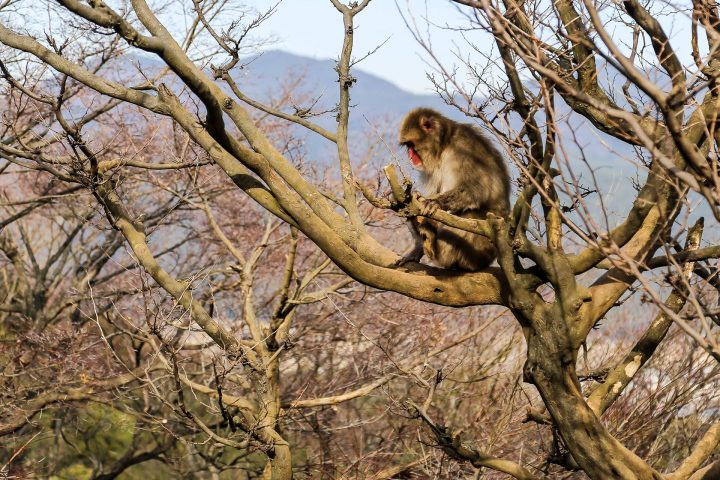 The Bamboo Forest, which basically is a walking path that cut through the bamboo groves make for a nice walk or bicycle ride. It starts from the main road coming from the Togetsukyo Bridge then ends at Okochi Sanso Garden. 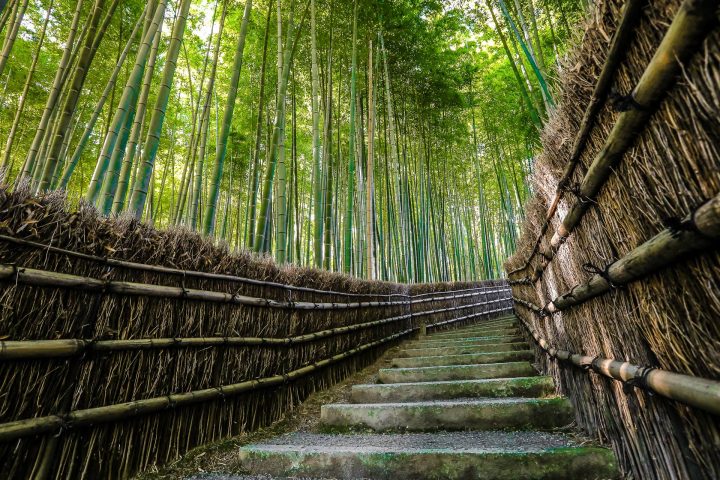 The train station here also is quite different, the Arashiyama Station is designed with lots of bamboo, it also features a foot spa and the Kimono forest. 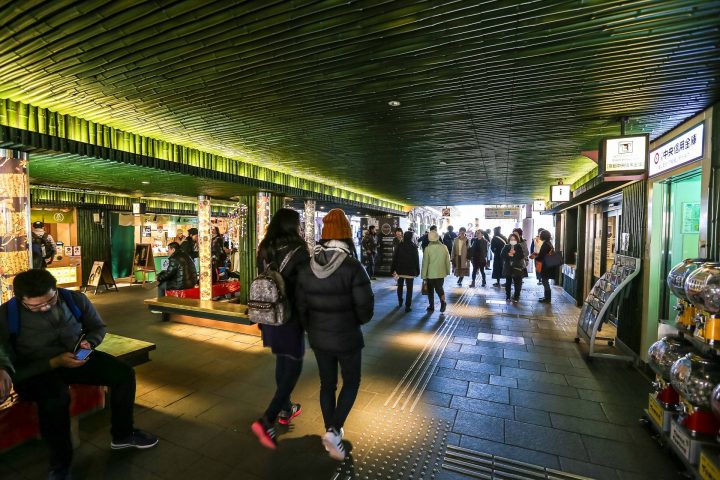 One of the places we ate when we were there was in this hundred-year-old Japanese sweet shop and cafe located on the north side of the Togetsu-kyo Bridge in the scenic Arashiyama area called the Honke Sakura-mochi Kotokiki Chaya, this place is popular for its Sakura style mochi which is basically a sweet pink rice cake and red bean paste wrapped in a sakura / cherry leaf. They also sell other food items specially for people dining in and that what we did.

They offer quite a selection but not so huge to make it confusing. They offer the usual Japanese popular dishes like udon, ramen, tempura and different donburis. We have a late lunch so to avoid further thinking I just chose the Recommended Set (‎¥1000.00) which consist of Oyako Don, Cabbage Salad, Udon and Chawanmushi,

The Okayo Don is made out of chicken katsu drenched in an egg gravy. 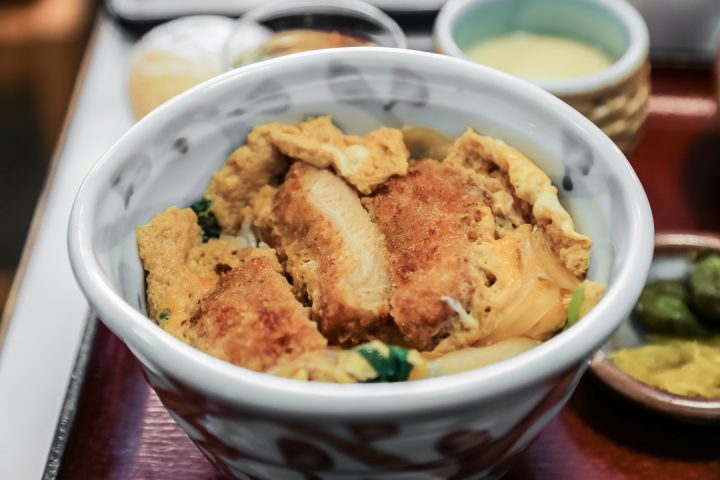 The cabbage salad was the usual one 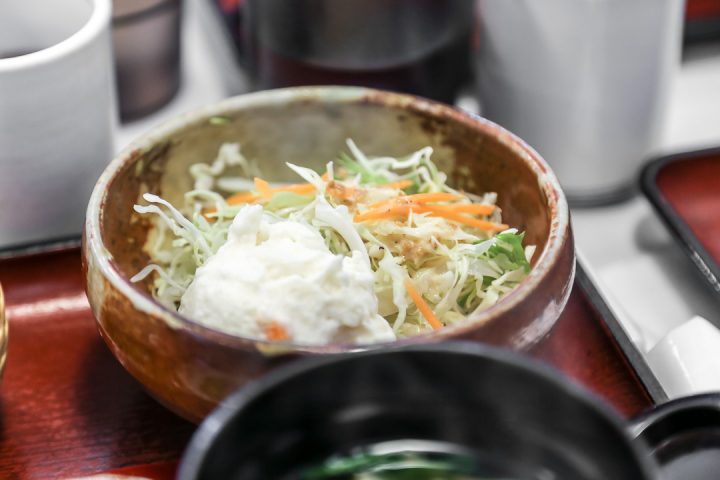 The udon was good, the noodles were bouncy and the broth was filled with amazing umami flavours. 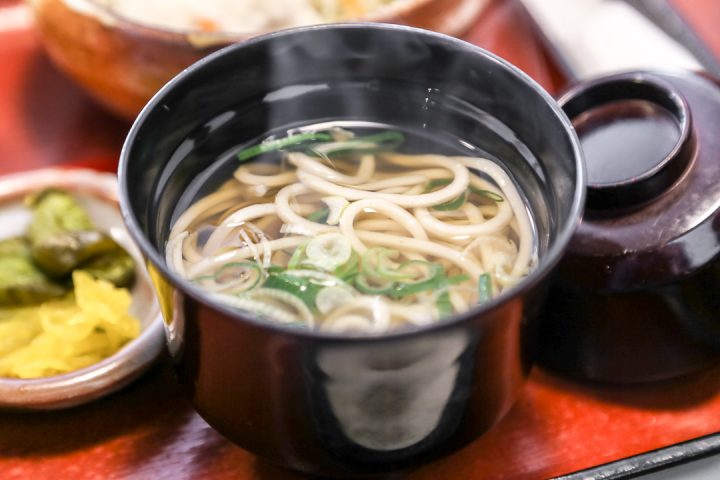 The Chawamushi as expected was delicate, filled with shrimps and mushroom inside.

it was a full on meal with everything on it including a Chuhai drink and some pickled sides.

Apart from this we also tried their ramen (‎¥800) and it was miso based. The noodles were nicely textured and the broth was good as well. 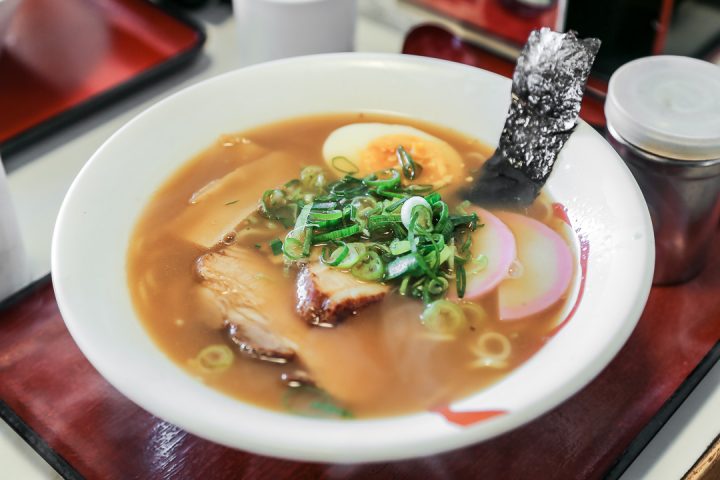 Then we also had this Tonkatsu basically Fried Pork Cutlet Set (‎¥1200) and it contains nearly the similar sides as the recommended set. Pork was juicy inside and crispy on the outside. 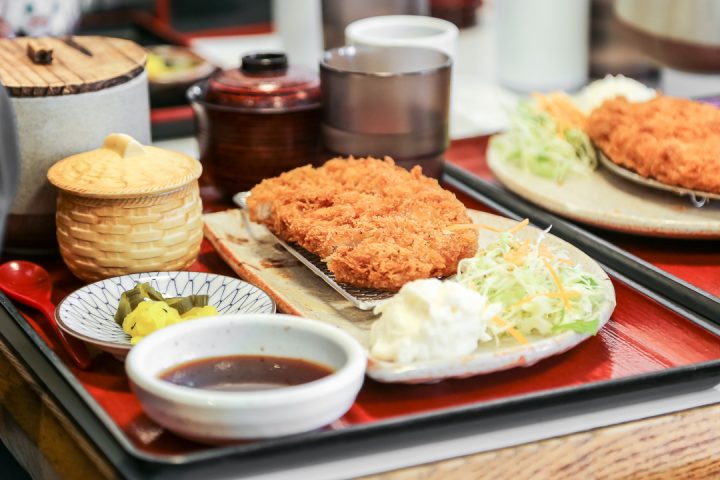 It was a good simple meal, full of flavours and just enough to make you full but not feel heavy. It’s a nice place to dine in when you are here like I said they food was good but just imagine this establishment is more than a hundred-year-old.

Add to that a beautiful scenery that you can see from outside, what more can you ask for?