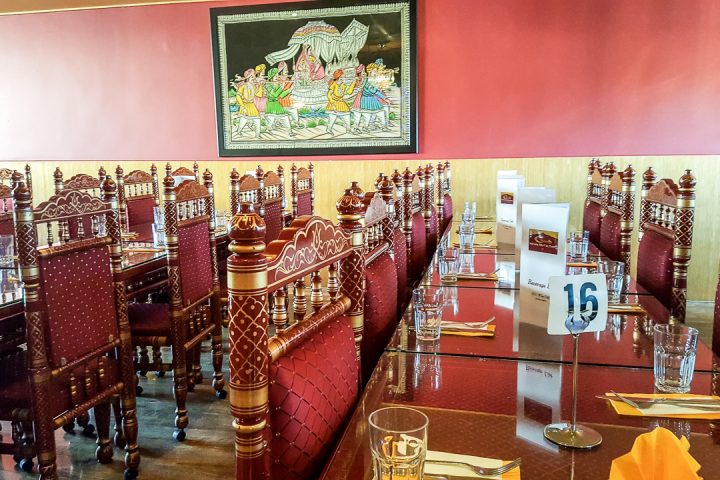 Let’s start this post by advising you that this might not be how they usually make their curries as this is more of a private party rather than what’s ordered on the menu, and was advised that they adjusted the spice to cater for us. We were invited on this gathering last December and this is the first time I will be having Indian cuisine for such a gathering so I don’t know what to expect as I am still new on this cuisine.


When we arrived they set up a section for us where buffet style servers are set up, initially it was not filled with anything then the entrees started to arrive. There were some samosas, different types of pakora, papadum, fried chicken and I guess a type of meatball, they are all served with three different sauces on is tamarind and the others I can’t remember but what I can remember is that they were all good. I never had thought Indian entrees would taste really good as this. 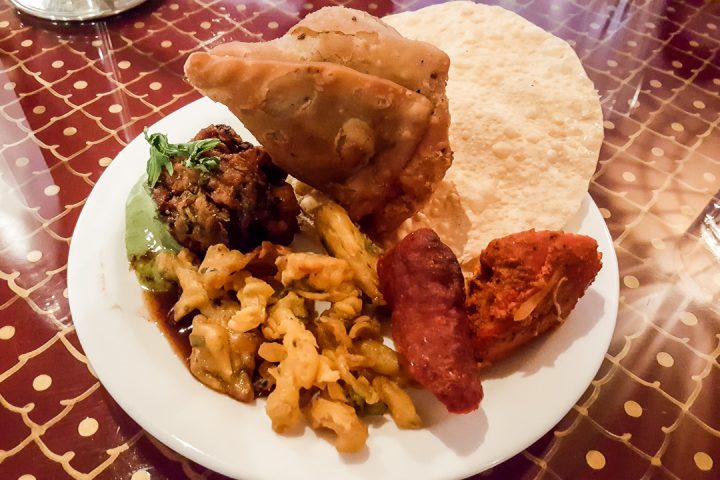 While having our entree I had this mango lassi which is good as well it’s like a rich mango smoothie without the ice. Love it but I think I can’t have more than one, it’s more of a dessert for me rather than a drink.

Then the mains started pouring in, five different curries, salad and some naan were served. The curries were Kadhai Paneer, Mattar Paneer, Beef Kashmiri, Lamb Korma and Butter Chicken. 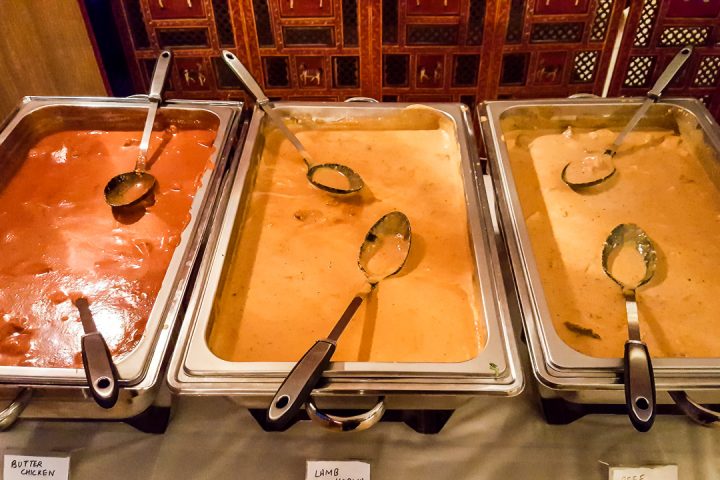 At first I was afraid it will be so hot but they seasoned it very well to suit the non-Indian diners’ palate, it was mild still spicy but the heat was subdued they were all creamy delicious and I love them all specially the paneer dishes and the lamb korma. The naan was perfectly cooked as well, its chewy and still moist inside. I had two round with the curries and wiped everything clean on my plate.

I was full after the mains, I had eaten a lot of the paneer which I think can feed a family of three, it’s not my fault, it’s the chefs fault for making it so delicious. So dessert time when Black Forest cakes were served (Thank God it’s not a buffet dessert) I was struggling, I think I had two forkfuls of it and that’s it for me.

Whoever organized this was amazing, the dishes are well thought of, even my wife who is not a fan of Indian food loved it that day. Now I am wondering to they serve it like this normally on their menu item. I guess that’s for me to find out.