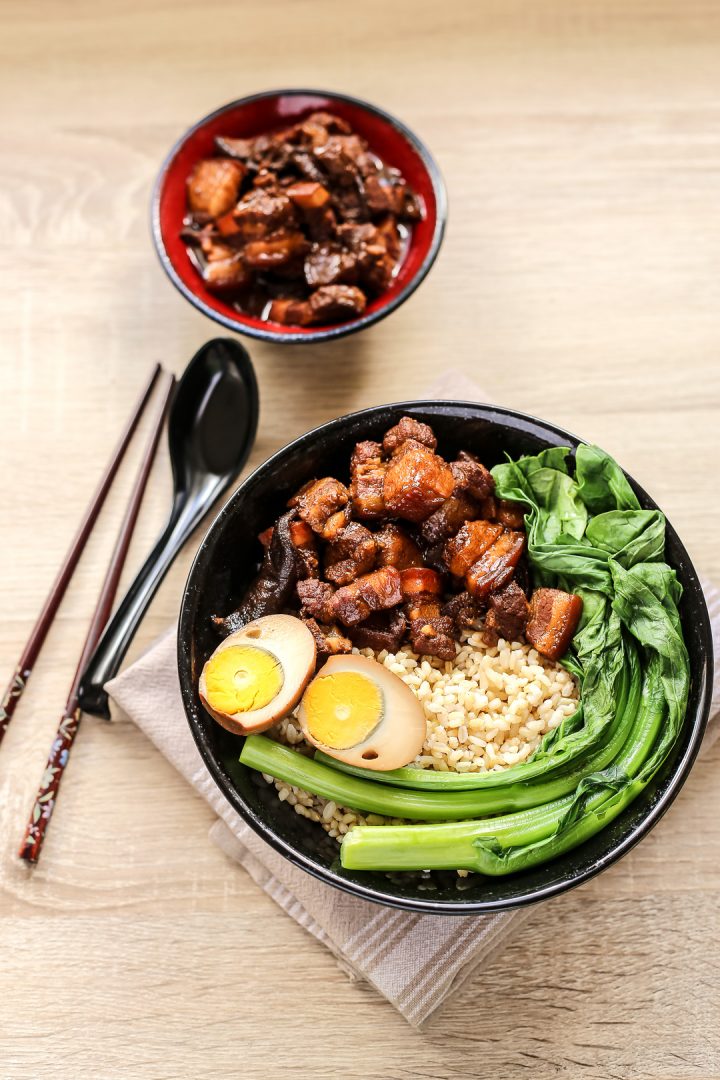 Lu Rou Fan is a type of rice dish made with marinated pork pieces slowly braised in soy sauce then topped with steamed rice. This dish is very popular in Taiwan, in fact it can be more popular than the Taiwanese Beef Noodle Soup called Niu Rou Mien, it is also popular in China’s Fujian province. There are different ways to prepare this but the popular ones are the use of either cubed pork or minced pork.


It’s a simple dish nearly similar to the Filipino Adobo but with an Asian flavours to it due to the herbs used. Usually it is served with boiled eggs and blanched greens on a bed of fresh steamed jasmine rice.

Lu Rou Fan is a type of rice dish made with marinated pork pieces slowly braised in soy sauce then topped with steamed rice. 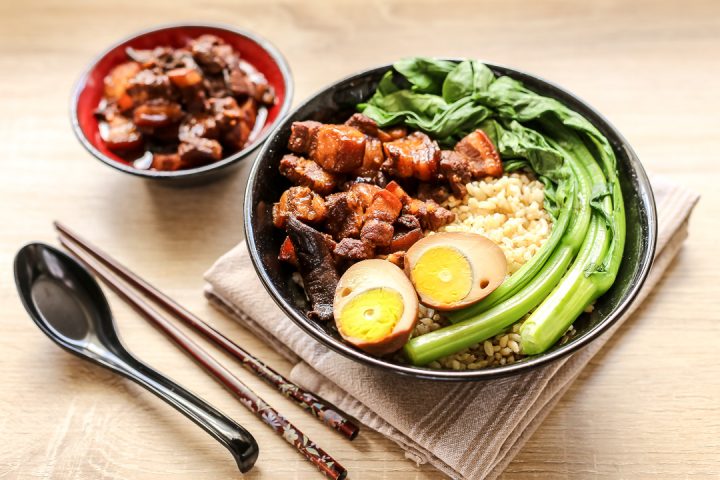