We’ve been having a lot of Asian food lately when we dine out that is why this time were trying something different for a change, this time its Mediterranean. This place is quite new when we first dined in here, and I guess up to this date it is still fairly new, I am sure they haven’t been in this place for more than a year.


When I drive pass by this place I always notice it since it is quite different comparing it to the shops beside it and this place is quite inviting. I always wonder what they offer and basing on the name I thought they just offer grilled stuff but I was wrong, in fact they offer a lot of different Mediterranean style sandwiches/burger/wraps. 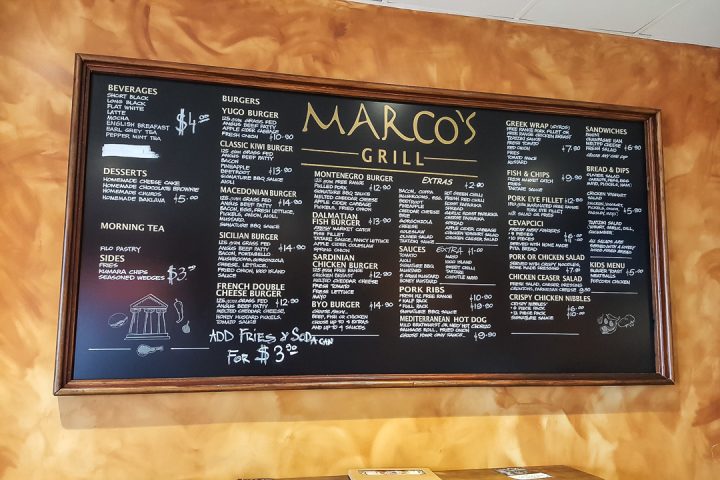 The selection of burgers is good not too many to be confusing but just enough, they were quite different from the usual but I had some burgers a couple of days ago so I don’t feel having one instead I grabbed some Panini filled with Champagne Ham, Melted Cheese and Fresh Salad ($6.90), this was really good. 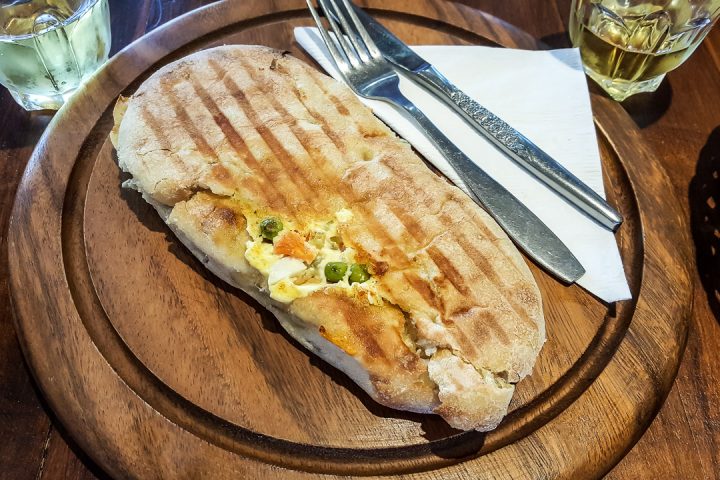 As I order I can already imagine the melting cheese on that ham but what I got was even greater than that, this thing is a work of art! Filled with what I imagined plus some creamy salad which felt like an egg salad mayonnaise, it was heaven in a bite. Outsides of the panini was so crispy with some charred taste to it while the insides are so soft, perfect companion to the amazing filling. 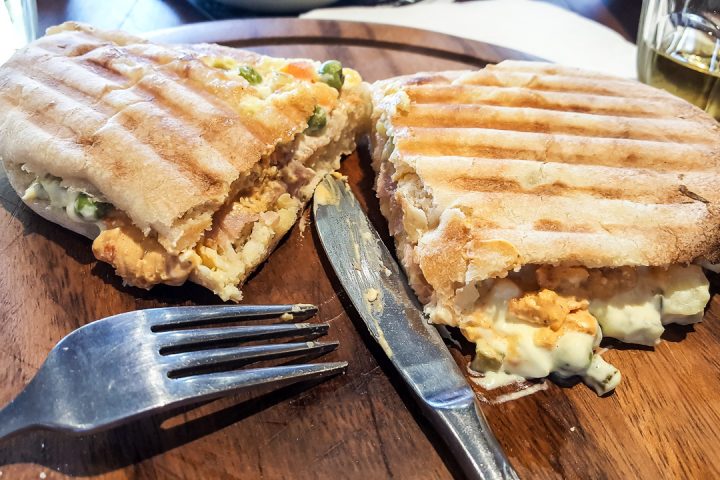 Another order which was quite surprising was this Gyros ($7.90), basically a Greek Wrap filled with Free Range Pork Fillet, Tzatziki Sauce, Fresh Tomato, Red Onion, Fries, Tomato Sauce and Mustard. The surprising part here was the thick cut French fries which made the whole thing amazing, cooked to perfection it gave the wrap additional volume, texture and flavour.

We also grabbed some salad in the form of Chicken Caesar Salad ($9.90), this is quite similar to the others where Fresh Salad is served with Caesar Dressing, Croutons and Parmesan Cheese. Nothing really special but it was good. 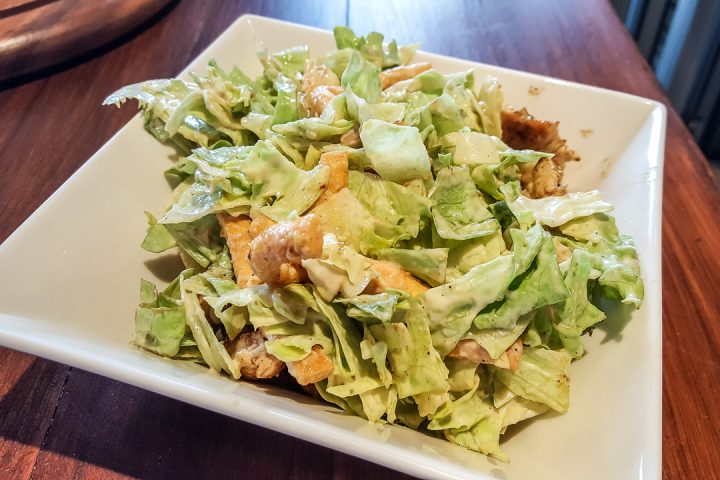 Then we also ordered some Crispy Chicken Nibbles ($6.00) on the side where it is served with their signature sauce. This was quite good as well, very tasty and uniquely crispy, which reminds me of those Asian style fried chickens where potato or tapioca starch is used instead of the normal wheat flour, giving it a different kind of crunch since it is chewy and moist at the same time. 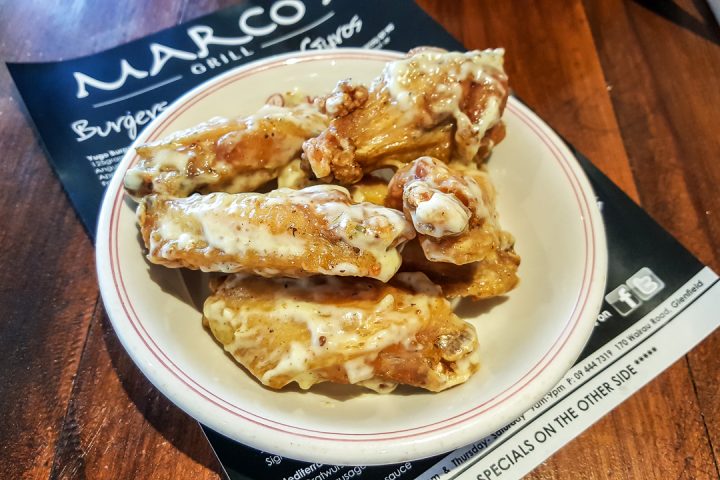 We like what they offer in this place, the owner (I think he was) is quite friendly as well and offered some suggestions, he even invited us again to try their ribs which I did not know they serve. Apparently this was quite popular to Filipinos according to him, most probably because it has the same flavour profile as the Pinoy Barbecue at the same time affordable.

I would definitely be back most probably trying that ribs and the burgers they offer, so till next time! Watch this post.