I heard good raves about this viaduct restaurant, its Instagram worthy photos are getting viral at least on this part of the globe, their presentation is quite up there if compared to other Japanese restaurants here in Auckland that is why one we turned up at this place but we were unlucky since we don’t have any reservations made we were not able to dine in. I then totally forgot about this place until we visited that part of the city and saw this place, now it’s not dinner but lunch so definitely there are higher chances to be seated.

It was not a busy lunch time, I guess this time the place we just 25% occupied, might be less which was good, now we can dine in even without reservations. Inside was quite dark and some lights are very dim so if you plan to take photos of your food be aware of this. During this visit we had a power lunch, basically their lunch set menu that includes miso soup, salad and a small dessert. It costs $29.00 and you have varied options, I grabbed the “Teppan” Hotplate Set of Yum Yum Prawns with Sushi and Sashimi.


So it started with some appetizers which consists of a tomato and broccoli, some sort of potato chips and another crispy thing I cannot recognize, some salad and fried lotus root and a spring roll that tastes like the one you buy in the supermarket. I was not impressed with the starter, all the elements in this plate was not promising. Anyways this is just the starter.

Then the mains came, which consists of several sushi, sashimi, nigiri and yum yum prawns, now this part was amazing. As usual the presentation was great specially for a lunch set it is way above its league. The prawns were juicy and tasty and the fish was so fresh. This was the best part of the meal.

Finally, the dessert, it was indicated on the set lunch menu it was petit so I did not expect much. It was basically some kind of dense cake covered in chocolate. 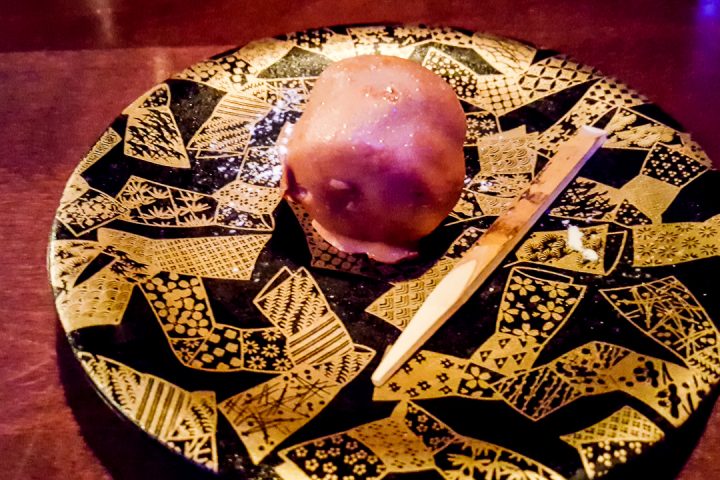 I think I had expected too much from this after looking at the wonderful photos of their food online, the mains I have on my order was phenomenal but the starter ruined the whole thing, I think if that was not served then it would be a great overall meal. The dessert was OK as well but not that great, it really feels like it’s a freebie, it might be my palate but just saying the flavour was in decipherable, was it a dense chocolate cake or was it even more than that? Anyways it was a set lunch so expect something different compared to the dinner menu but having said that there are other Japanese restaurants out there that sells set lunch at a cheaper price but with better inclusions.