I never thought of combining pulled pork and eggs benedict together that is why when I first saw it here at Queen Bean Espresso on one of the breakfast mornings when I was in Brisbane I never hesitated to order them. Its such a clever combo but will it work? Will the strong flavour of the tender pulled pork blend well with the creamy egg yolk and the English muffin?


Queen Bean Espresso if you searched it online may not have a good review but this might be for the usual offerings they have on menu, the pulled pork and eggs benedict was a different story becuase this is one of their special of the day menu item. If you want to give a chance to those low review establishments then the best way to do it is try their new offerings as this one is not their usual stuff hence will have a high chance of a better option and thats one of the reasons why I ordered this as well.

I came in at a busy breakfast time so there was quite a queue but serving was fast so I did not even realize I was infront of the queue, I skipped the breakfast on display and like said I opted for their special. It was prepared fresh, I guess because if not bread would already have sucked all the sauce from the pulled pork, the egg was also smoking hot. I was a large dish, perfect for a brunch. 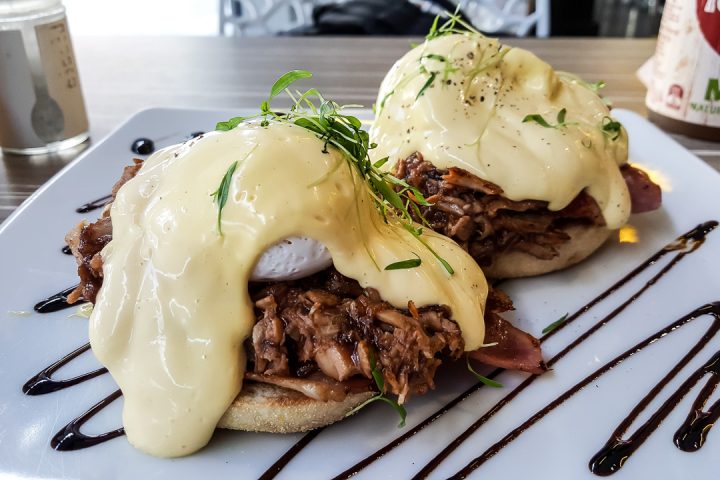 First bite, it was so tasty. Succeeding bites until I finished the first bread, it was very filling. This thing has tons of flavour on it, so if you are not Asian I reckon this will be strong for you but for me it was quite perfect. Now on to the second bread, it was a struggle as it was quite heavy for breakfast but I manage to eat them slowly but surely.

I then grabbed some iced tea to wash it down, it was also the pefect drink for it as it cleanses your palate because of that hint of fruits on it.

So was it as bad as the reviews online? Not on my opinion, service was great, I had a free wifi, the food was good and the servings was more than enough. Like I suggested if you are not happy with the usual offering try their once in a while special, that might change your opinion on it.