Yema Cake is a type of chiffon or sponge cake infused with cream cheese then flavoured with yema, a type of milk custard candy popular in the Philippines.

Yema cake is not a traditional Filipino cake but rather a new creation that most probably have been created less than 20 years ago. I never seen this cake when I was a young and only showed up in the last couple of years, I first saw it on blogs then the Filipino bakeries here in New Zealand started to sell them afterwards. This cake is a type of chiffon or sponge cake infused with cream cheese then flavoured with yema, a type of milk custard candy popular in the Philippines.

This cake is sweet so I warn you if you haven’t tried it yet, it’s designed more for people who loves either yema, pastillas, the middle part of brazo de mercedes, creme caramel and anything similar, its creamy custardy goodness.

The most popular brand back home for this cake is the Rodillas, the bakery where it all began. There are no accounts when did all started but in 1997 when Vincent Rodilla the inventor of the said cake tried to sell this cake when they opened a small rental place but it failed to take off and was shut down on 2005. According to Vincent the cake was not yet perfect during those days but eventually it did so in 2008 people start buying them. Then in 2010 the fire sparked and it turned into wildfire as the bakeshop is now thriving. Since then it became a sensation and the rest was history. 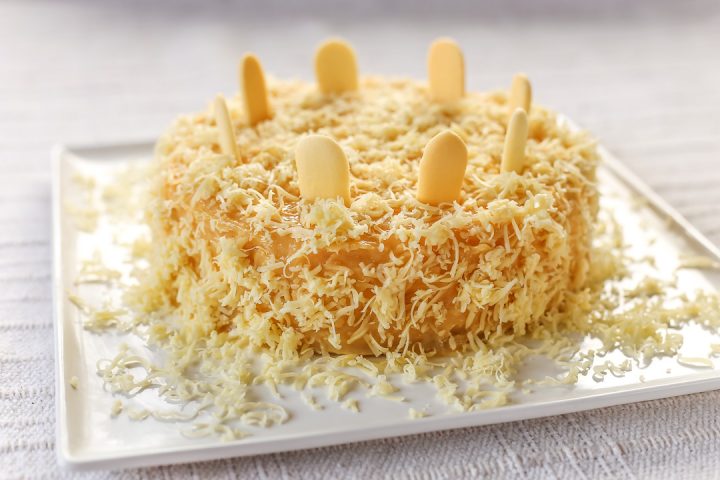 I haven’t tried the original one as I was already residing in New Zealand when this phenomenon happened so I will be basing my recipe on the stories that I heard. I think it’s quite simple just use some basic fluffy cake then put some custardy icing on it then you have a yema cake. I know this will not be perfect like how Vincent made it but like him I will keep trying to make the perfect one until I try the real one. So if I have one request, if you have tried the real one and tried this recipe let me know how this went so I know where to adjust and make it as near as possible.

Yema Cake is a type of chiffon or sponge cake infused with cream cheese then flavoured with yema, a type of milk custard candy popular in the Philippines. 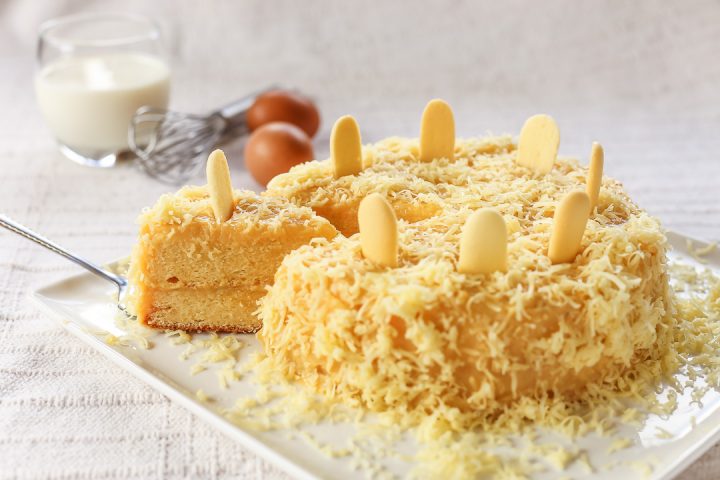