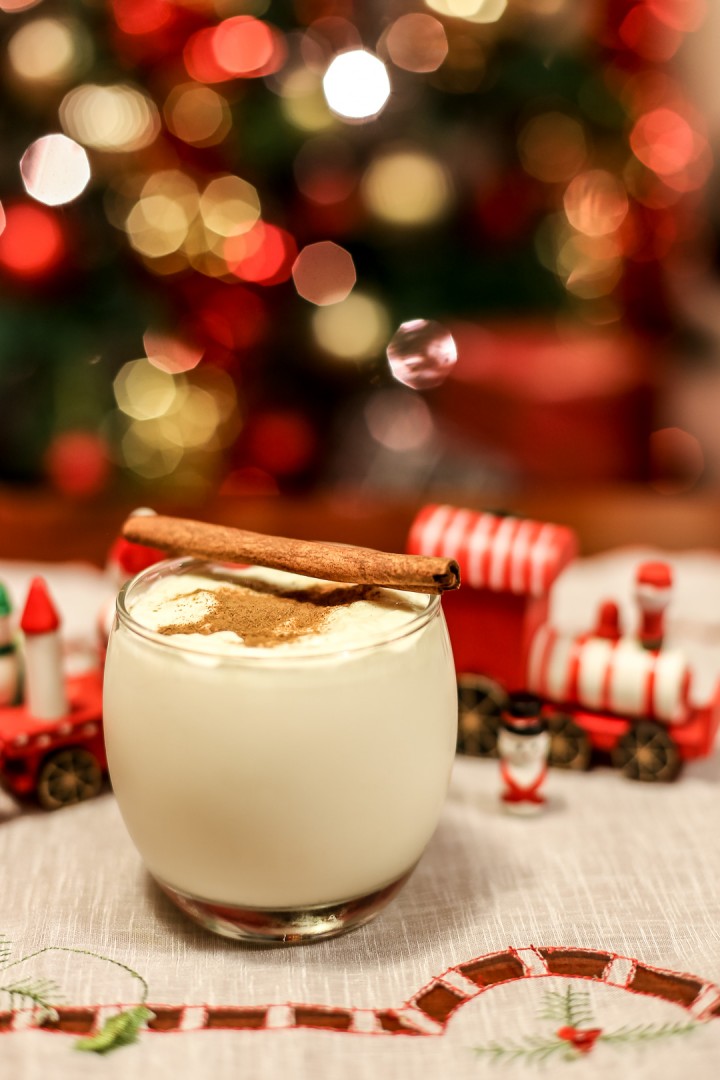 Six more days and its Christmas (5 for Filipinos ) and I know a lot of you are already cramming for recipes on what to prepare for that special event, if you don’t have it yet then I made a post before on my suggestions especially if you are into Filipino cuisine. Today I am not posting a dish but rather a traditional drink that is served during this time in United States and Canada.


Eggnog is a type of drink or milk punch made with milk and/or cream, sugar, whipped eggs, rum and cinnamon then serve chilled, usually this is enjoyed from Thanksgiving through the end of the Christmas season. There were no accounts on when and where did this drink first started but there are several theories behind it first was from its name “nog” where it means “a kind of strong beer brewed in East Anglia”, other say it might be a form the word “noggin” which is a term used to define a small carved wooden mug used to serve alcohol. Another possibility is “nog” may be related to the Scottish worn nugg which means “ale warmed with a hot poker.”.

All of those terms might give a clue but the first time it was used was in 1775 and it was stated in a poem about this drink by Jonathan Boucher, a clergyman and philologist the poem states

The most logical of them all is that this drink would have originated from a medieval European beverage made with hot milk called posset, the drink is curdled with some sort of alcohol and flavoured with spices. This drinks primary purpose was to alleviate cold and flu and was very popular in the 19th century. Moving forward it also is popular during our times, especially in the American region, Latin American countries even have their own versions like the Peruvian Biblia con Pisco, Mexican Rompope and the Puerto Rican Coquito. Unfortunately, New Zealand and Philippines neither have their own version so for our post today we will just use the classic recipe.

Eggnog is a type of drink or milk punch made with milk and/or cream, sugar, whipped eggs, rum and cinnamon then serve chilled, usually this is enjoyed from Thanksgiving through the end of the Christmas season 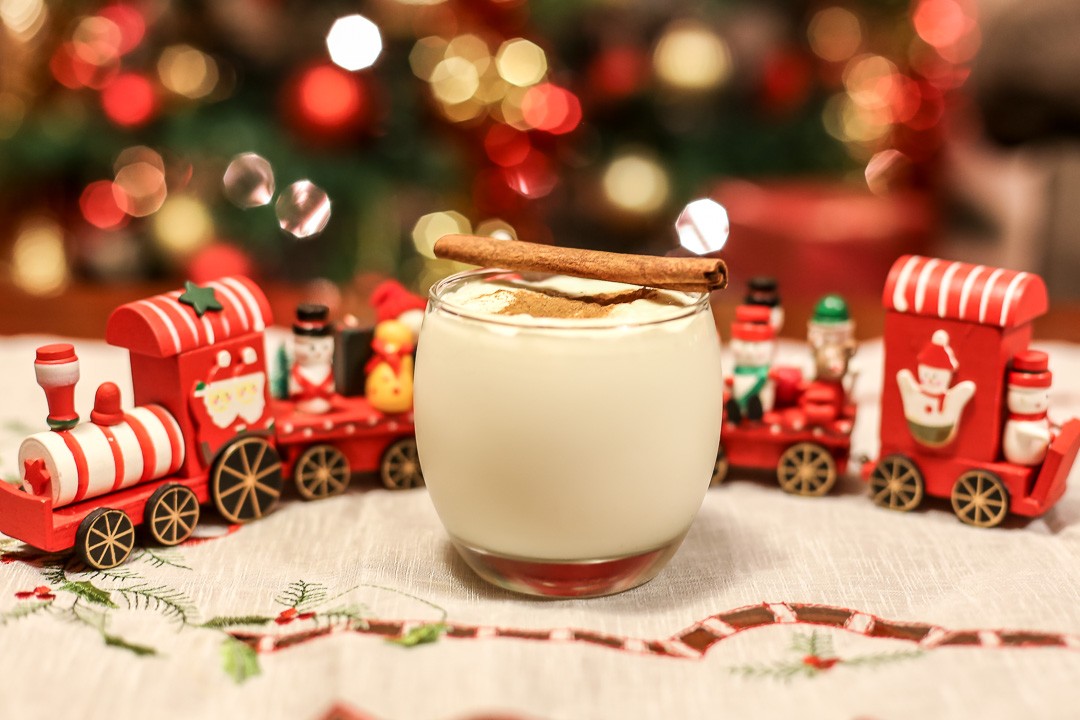