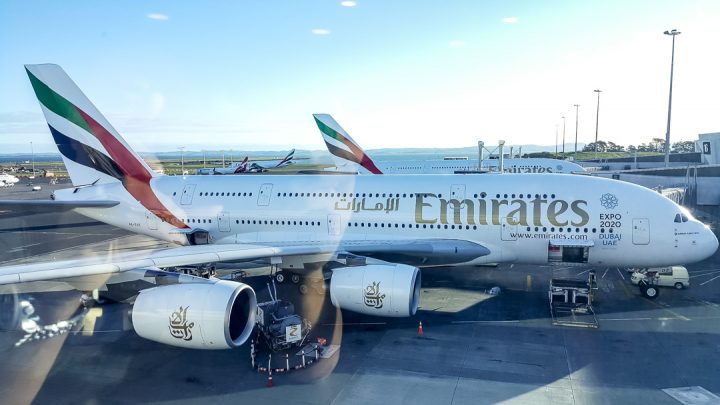 I had my fair share of travel and I have been flying for work and personal reasons since the really stages of my career (ca 2000) but I never had documented any of it, I just wish I did as I had tried a lot of different airlines like Cathay, Hawaiian Air, Philippine Airlines, KLM, Garuda Indonesia, Air France, Qantas, Air New Zealand, Swiss Air, Korean Air, Virgin Australia, and much more. There were good ones and some bad ones but generally they were mostly good specially if you understand how these meals are planned to be at its best when your stewardess serve them.

Today I will start doing this and hopefully I can give a good insight on what dishes are usually served on each airline I tried, let start with the best carrier I tried so far, the Emirates. Emirates is considered to be a five-star carrier (now a four-star) on the airline industry and you will immediately notice it when you board their planes, there is a lot of wood trimmings and there is a different feel to its ambiance. 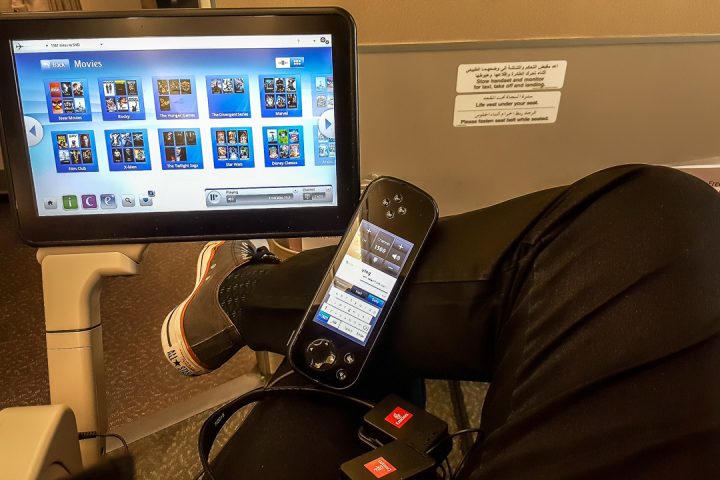 The entertainment system was fantastic just look at the controllers they also have screens so you can use it like a hand held console if the content is capable for it. Wi-Fi is also free on board and the noticeable legroom difference with other airlines even though I was just in the economy. 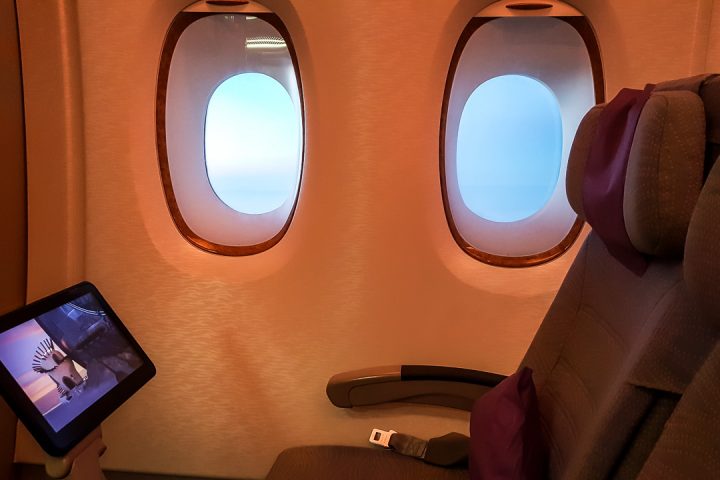 The plane I used was an A380 so it was quite relatively new but even their non A380 I heard was great as well. Now let’s go to the food service, while my flight was just less than 4 hours we were served dinner on my way to Sydney and like Air France they have a menu printed out for everyone. At this flight there was a selection between Beef Rendang or Hoki Fillet with Creamy Veloute, I chose the beef. 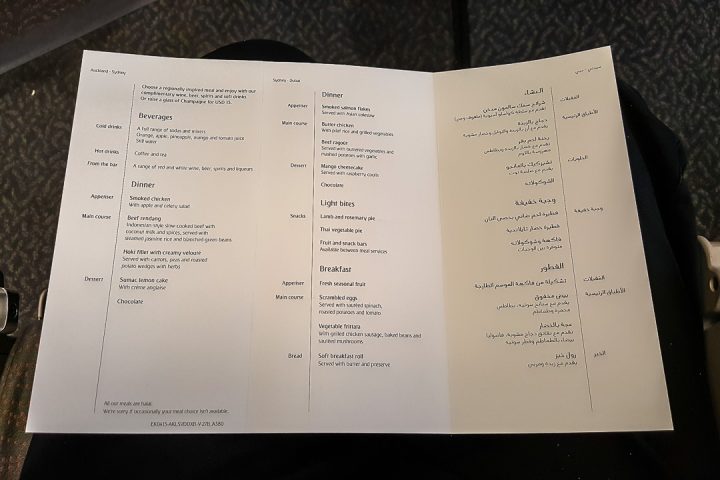 Beef Rendang Indonesian Style is a curry of slow cooked beef with coconut milk and spices, it was served with steamed jasmine rice and blanched green beans. The set was served with a smoked chicken with apple and celery salad the usual bread and butter, crackers, cheese and sumac lemon cake with cream anglais for dessert. One thing you will immediately notice if you travel frequently the bread bun is quite bigger than the common ones served on other airlines, the cutleries was also metallic and not the plastic ones. 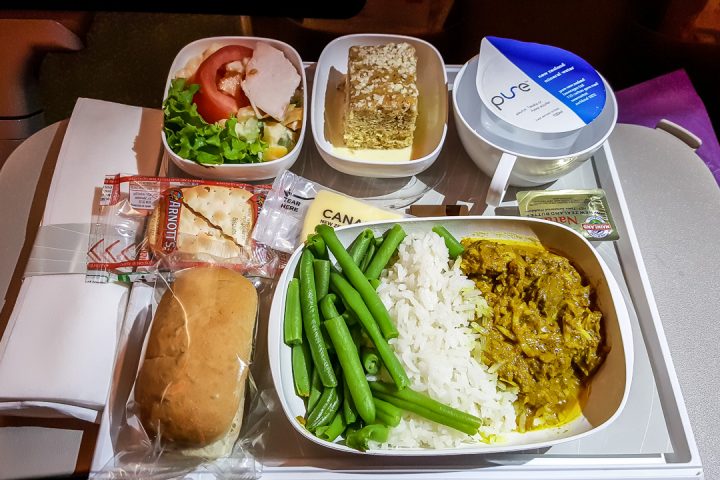 The rendang was good, though it’s not comparable to the ones you can get in Indonesia, I love its flavour, its spiced perfectly and very tender. I also liked the salad the chicken was so smokey and perfectly matches the plump tomato. The dessert was also good but more importantly it was light a perfect way to end a meal on a plane.

Another thing I notice is that when you ask for wine they give you a small bottle as opposed to pouring it in your glass, I wanted a full-bodied wine so I asked for a Syrah, though they don’t ask you’re for a brand you want there was quite a selection based on what I saw. I was given this Gérard Bertrand Grand Terroir Tautavel Grenache – Syrah – Carignan 2013, it was fruity hints of strawberry, raspberry, cranberry with a bit of smokiness, a nice to drink specially with a heavy beef dish like the rendang.

I love my experience on this flight perhaps one of the airlines I will prefer to fly again from time to time, though it’s not as affordable as the other ones you will notice the difference of what you paid for, the food was excellent, the service was perfect which made the journey very pleasant.