Tired of your old grilled pork? Why not spice it up with some apples and fennel but have you ever wondered why this fruit is associated with this meat? Let’s start even before the pork is cooked, during the old days’ pigs were left to graze in apple orchards where they eat any fruits that drops to the ground, though this may not flavour the whole meat but there will be some subtle difference, just try an apple orchard grazed pig to something that is not, you will definitely taste the difference.

Humans have been pairing this two together for centuries even before sugar made its way for mass consumption. As all of us know that sweet and savoury is such a good combination, even our ancestors knew this formula hence apples were used to add a touch of sweetness to the savoury pork in the absence of sugar. To add to this apples ripen during the autumn season, traditionally this is also the time for culling surplus stock like pigs since they are highly preservable and made into the cold cuts we know off like sausages, bacon and ham. The non preservable ones are obviously cooked with the fruit of the season.

Moving on the future, this combination proved to be good hence a several traditional pork dishes call for sliced apples or even apple sauce, even in Philippines where apple does not grow they associate it with their lechons where a whole fruit is stuffed into the pork’s mouth after roasting it whole. Today we will be using this two together in addition we will be adding some fennel to give it some aniseedy aroma and flavour. 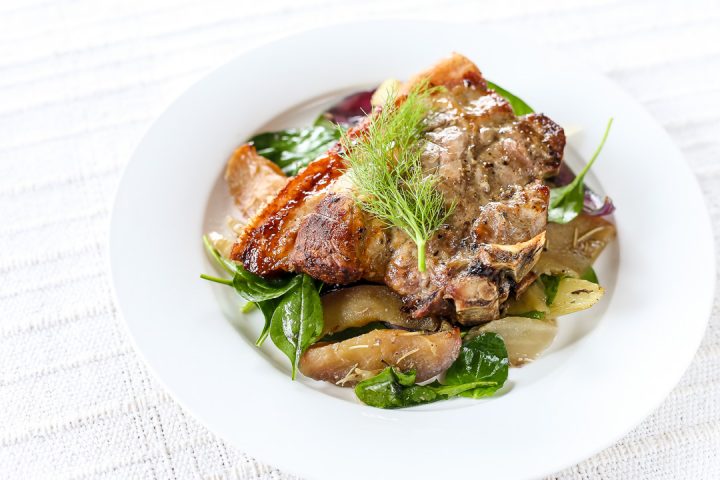