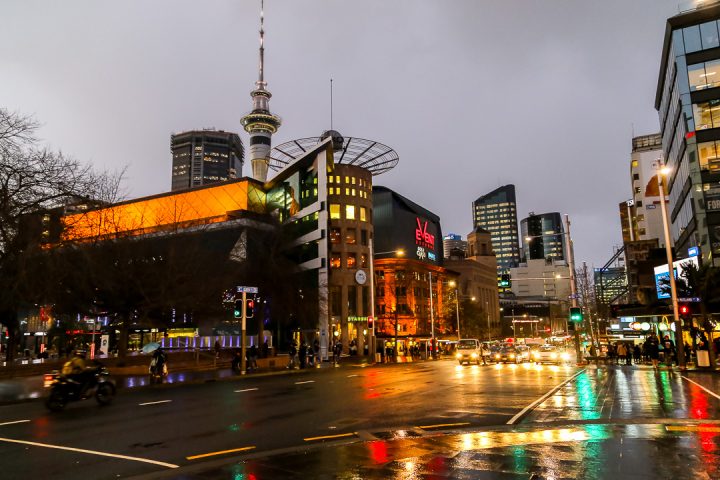 It is called “Jeon” in Korea but you don’t have to travel all the way there just to try it, if you’re in Auckland just go to the CBD in the corner of Wellesley and Lorne Street and you will find this place.

I passed by this place many times and I never gave attention to it because there is always a huge queue of people waiting for their orders to come out, I just had no patience. Then one day we planned to pass by here on a weekend night near its closing time to avoid the queue, yes there were few people but due to its popularity they run out of pancakes to sell that day. Ohh well this means I have to plan this for another day.

Second time now we are lucky, though there were lots of people it was not that crazy, I think I just waited 5 minutes or so to place my order. There were 8 different savoury selections ranging from chicken cheese, bacon cheese, ham cheese, potato cheese, beef cheese, vegetables cheese, ham with pineapple cheese and double cheese. There were also 3 different sweet selection ranging from chocolate, Red Bean and cinnamon sugar. Prices are $4.50 for the savoury pancakes and $3.50 for the sweet ones, it was quite affordable and looking at the size of the orders I knew it will be going to be filling.

We grabbed two one is double cheese and another one is bacon cheese, after the order was placed they then grabbed this hefty oily ball and flatten it into the hot surface, occasionally flipping it over to achieve a crispy crust. Once in a while oil is added so it does not stick to the hot plate. 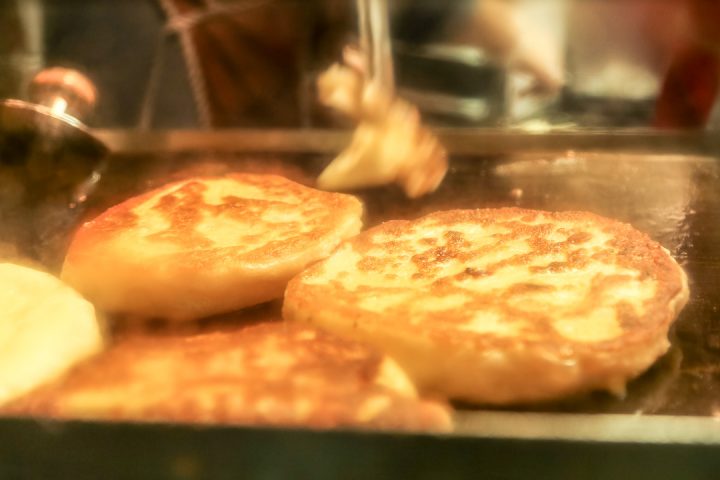 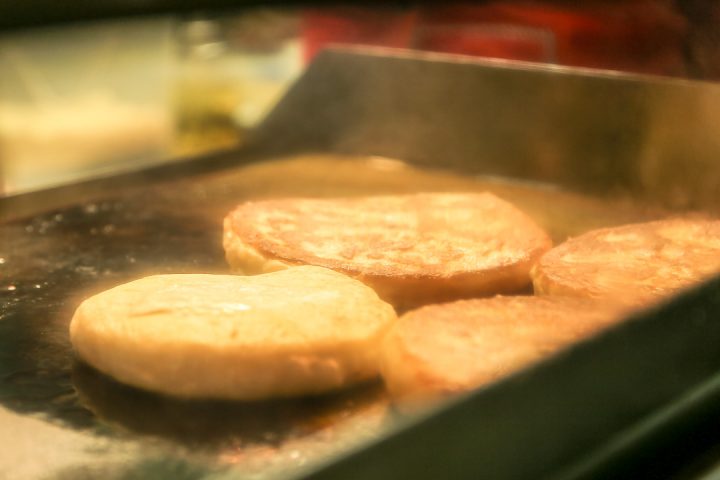 While waiting for it to cook we were already getting hungry due to the aroma and the sight of people biting into that hefty dough, minutes later our order was cooked packed on a paper bag with a paper plate. 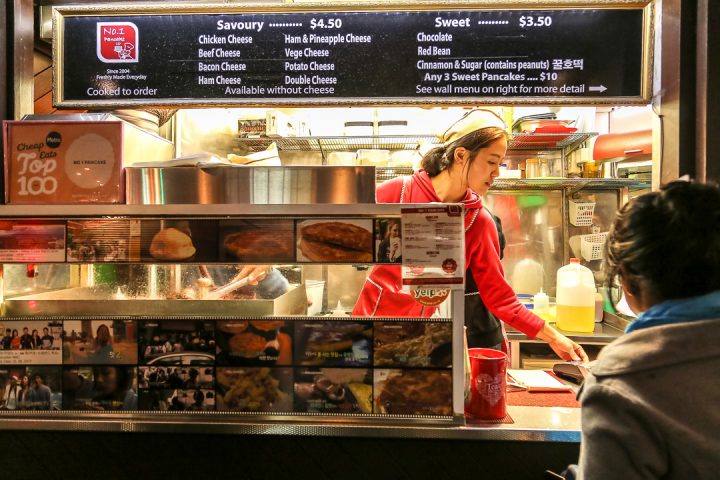 If you think of eating it here be warned as they don’t have any place to sit on, this is a street food and most of the patrons just stand up outside while eating them. Don’t worry you won’t be alone as tons of students within the nearby university do the same like we did. The street is was on was quite nice to loiter on especially when you want to people watch, there is quite a high foot traffic here and for tourists the old buildings and shops nearby is an added bonus.

First bite was amazing it was so tasty, the texture of the dough was perfect, bouncy chewy and so crispy outside add to that the melting cheese and the oily dough, this is one of the perfect street food ever created. I guess after half of it I am starting to get full but it’s so good I took the effort to finish it all up. 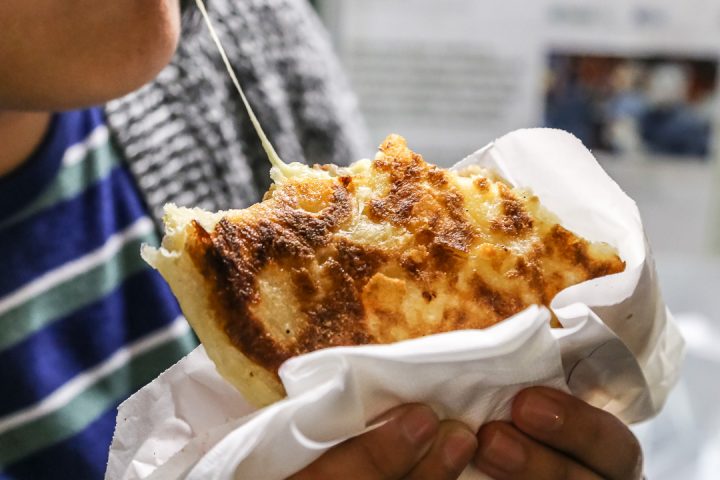 The filling might not be enough if you look at the photos but trust me it is the perfect amount anything more you will get easily tired eating it (or what Filipinos call “nakakasuya”). 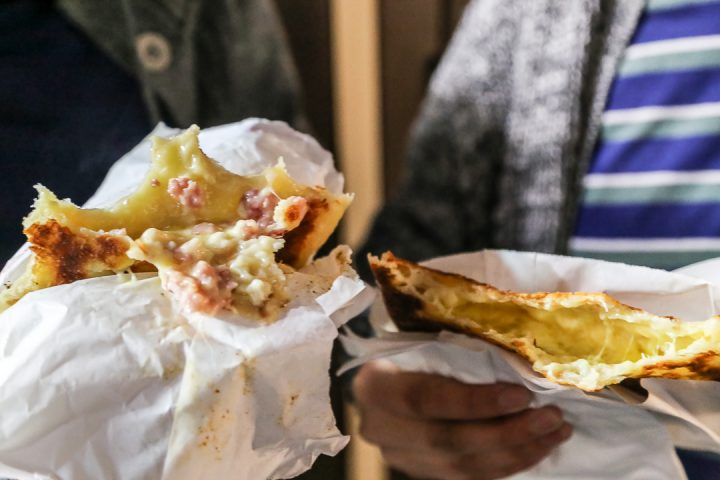 It’s cheap, its fried and oily, its tasty and its filling, definitely its delicious what more can you ask for. I know it’s not healthy and not for daily consumption but once in a while this is a nice treat to have. Definitely trying out the other offers in the near future.