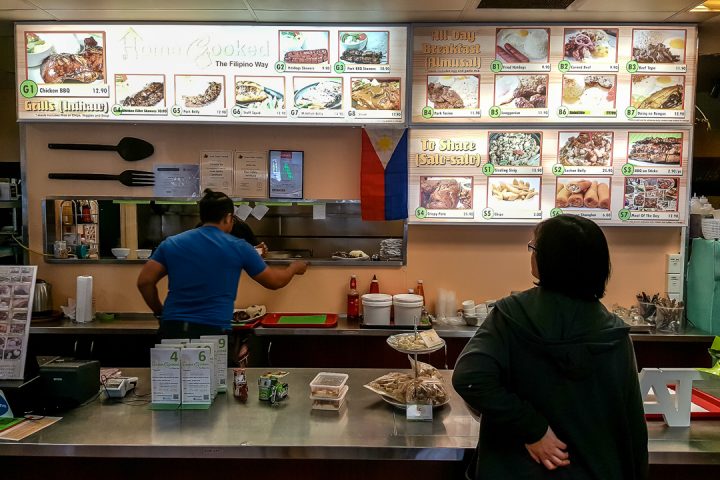 Me and my wife was wondering why there are no Filipino cuisine representation in a Food Courts here in New Zealand, not until now, at least there is one now in Wairau Food Court. We don’t know when did this opened but we tried the place several times since September 2016 and we just knew about it when our friend recommend it to us.

The menu is quite similar and feels like home where you can enjoy silogs, sisig, Lechon and many more popular Filipino dishes all day round. The place is OK not like Chikos level but what more could you ask for it’s in a Food court.

The staff were friendly and will be always greeted with a smile, in all of the times we dined in here whether morning or at night the smile was there a true representation of our culture. We were offered the diners favourites and some suggestions as we ordered but ended up choosing some of our own favourites, the one we rarely cook at home because it’s cumbersome to make.

We were given the numbers as we wait on our tables and few minutes later dishes were served one by one starting with the Bulalo ($12.90), basically a hearty simple soup of slowly simmered beef leg bones and shanks with corn and vegetables. It’s not the Bulaluhan version where it’s so oily and large leg bones with tendons and ligaments are served but it nearly tasted the same without the fat and the guilt included. 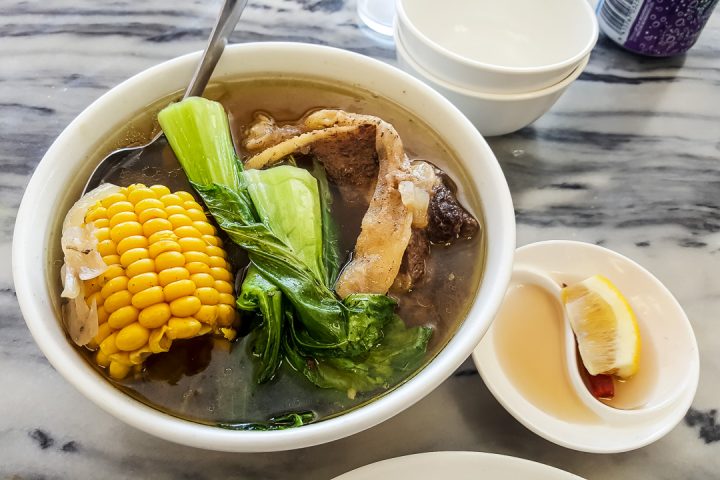 Then we had this Sisig Meal ($12.90), a mixed spicy pork offal dish served on a hot plate, for those who does not know it’s a mix of grilled pork ears with innards topped with chicharon and raw eggs. This one was the bomb! It tasted exactly like how it’s done back home in the Philippines, definitely this deserves a 10/10 mention.

Then the Pancit Gisado ($10.90), the Filipinos take on the oriental style fried noodles, their version is quite different from the usual dry ones, this is quite saucy and a bit saltier than the other Asian noodles, perhaps it’s meant to be served with rice like how we do it back in the Philippines. I reckon non Filipinos would not like this due to its salty flavour but once you serve it with rice then it balances out. Our least favourite in this place. 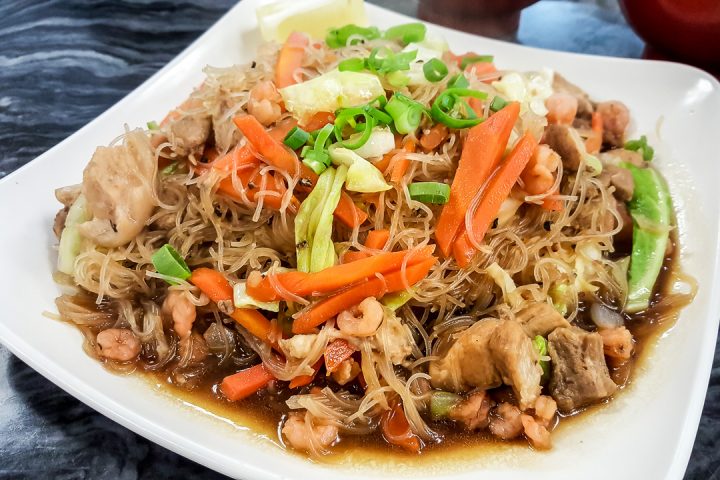 During this visit we ordered plain rice but they ran out so we got offered sinangag for free, same rice but infused with tons of garlic, the perfect carb to serve with crispy pata. 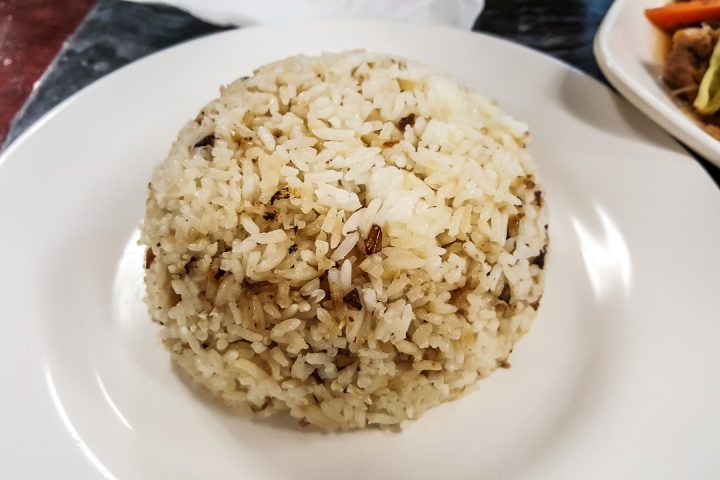 They also give free soup to almost every meal, I am not sure if you have a choice but we were offered a choice when we were there. Choices I guess can be bulalo, sinigang and nilagang baka soup. 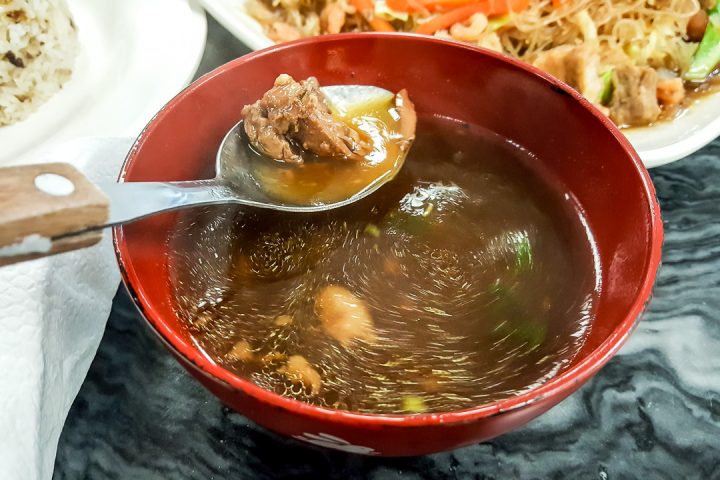 Finally the best of them all the Crispy Pata ($25.90), a whole pork leg twice cooked where it is first boiled until tender then deep fried to a crispy state, a Filipino feast will not be complete without this (or a Lechon). The meat is very tender, the fat is melting in your mouth and the skin is so crispy. It was served with spicy hot vinegar soy sauce dip, this is the best crispy pata I tried in New Zealand so far. 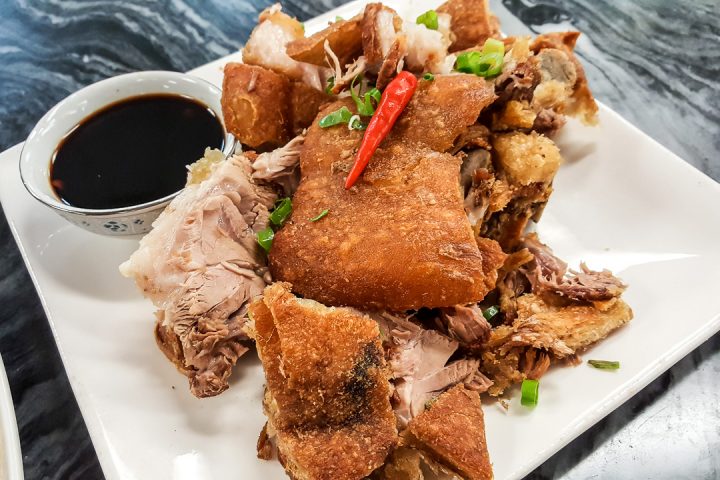 Overall I can safely say this is the best tasting Filipino Food in North Shore to date, it was authentic I felt like home when we dined in here. I hope they expand in major Food Courts or even open a restaurant so that the Filipino cuisine gets a wider reach in New Zealand.