Our rice cake for today is what we call Bibingkang malagkit while it is named like that popular Christmas street food it is nowhere related to it or even taste something like it I guess the only common between the two is that they are both made with rice. Bibingkang malagkit is a simple combination of coconut milk cooked glutinous rice baked then topped with a rich coconut caramel sauce. May Filipinos eat this for merienda, some for dessert due to its sweet taste but I can be also consumed during breakfast.

The ingredients is not quite complicated you just need coconut milk, glutinous rice and sugar and the amount of each is not confusing either as I follow my 4-2-1 rule and that’s the ratio between coconut milk, glutinous rice and sugar respectively in cups. I think the only hard part on this one is its preparation and I guess that true with most rice cakes, with this dish you need to cook it initially but as it cooks you are obliged to mix it constantly to prevent it from sticking to your cooking vessel at the same time cooking the rice evenly. The topping is another of its element where you have to reduce coconut milk and sugar together and use as a topping for this rice cake while being baked resulting into a sticky delicious concoction that is called the Bibingkang Malagkit. 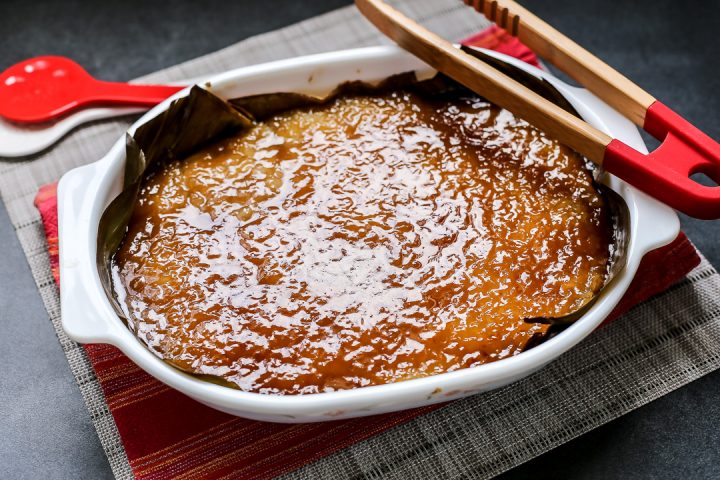