If you had read my Mount Cook Alpine Salmon Tekapo post then this is the continuation of our mini road trip back in the mid-South Island of New Zealand, we were time constrained so we made most of our day in this wonderful little town. After our Salmon Farm stopover/lunch we head back to Tekapo to check in our luggage’s at the hotel, did refreshed ourselves then we continued on. 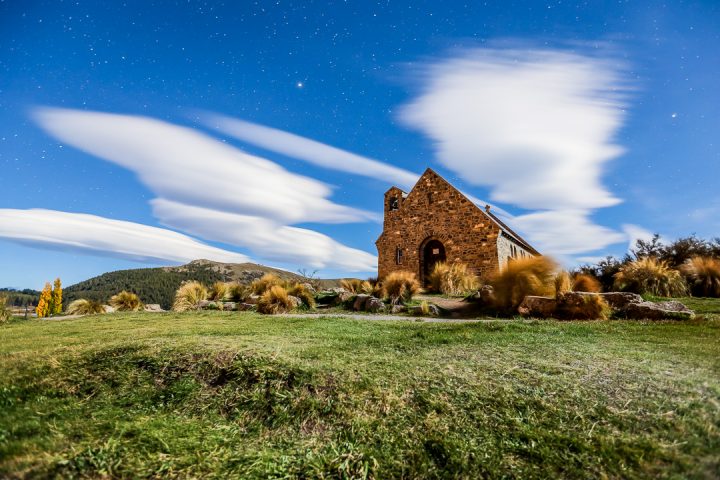 We first visited the famous church, to see where will we set up our gear for tonight’s photoshoot. There were lots of tourist the time we were there, we even missed the closing time of the doors so we never saw what’s inside the church. 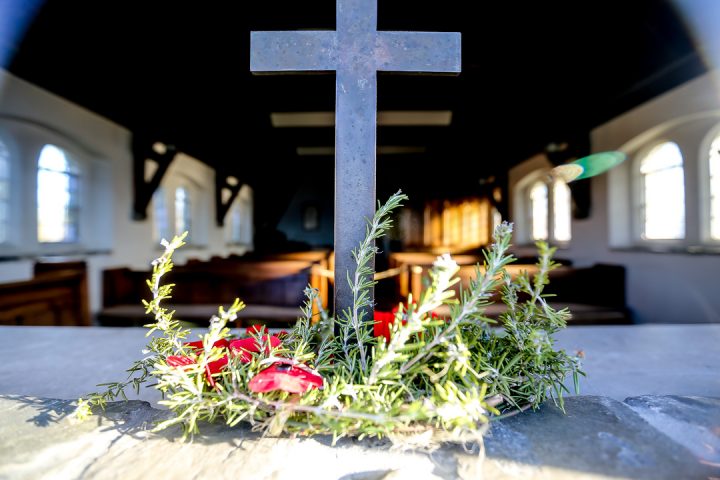 We then dropped by Mt Cook Observatory just right on time before they close at 5:00 PM, we were there roughly 4:30 and the gate-keeper told us that we will not have enough time as the drive going up the mountain was 10 minutes then it’s the same time as going down which means we will only have 10 minutes to spare on the top. She even told us that the gates close exactly at 5:00 PM and if we were locked out we need to call a number so they can open the gates but with a fee. 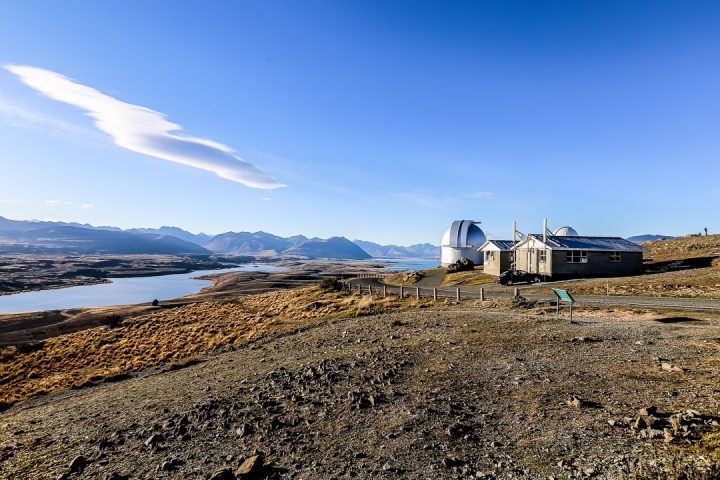 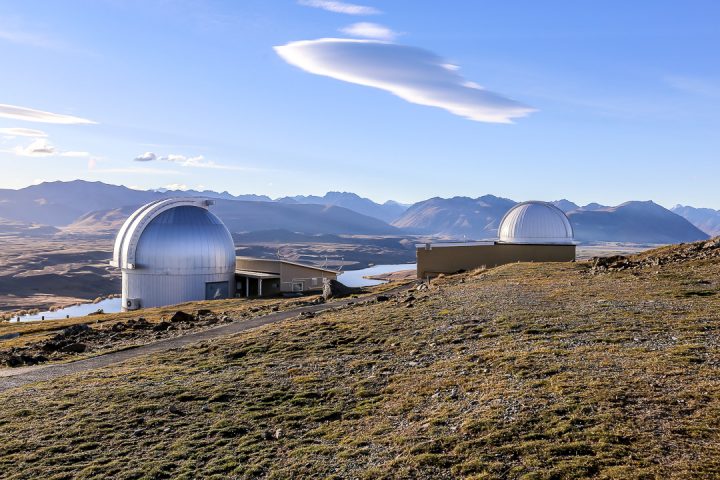 Even though with that constraint in mind we did not budge, paid the entrance fee and did a mini rally so we can reach the top in the least possible time. It was a nice view up there, definitely worth going. It was quite windy but with the right wind breaker I think you will be all good after all you will not mind it first because your brain is preoccupied with stunning 360 degree unobstructed views. 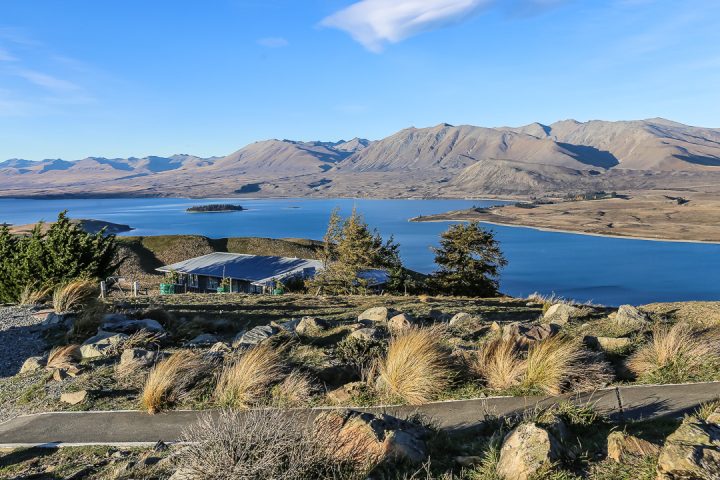 With the small time we had we still did managed to run around the place and visit the outside of the observatory as well as the other buildings. We took several group photos on different places all in less than 15 to 18 minutes. It was quite a rush but I will not be back here for a long time.

After that we headed over to Tekapo Springs to let the kids do some ice skating, there were also a spa in the vicinity but we already had visited Hanmer Springs a day ago so we will have to pass this one out. 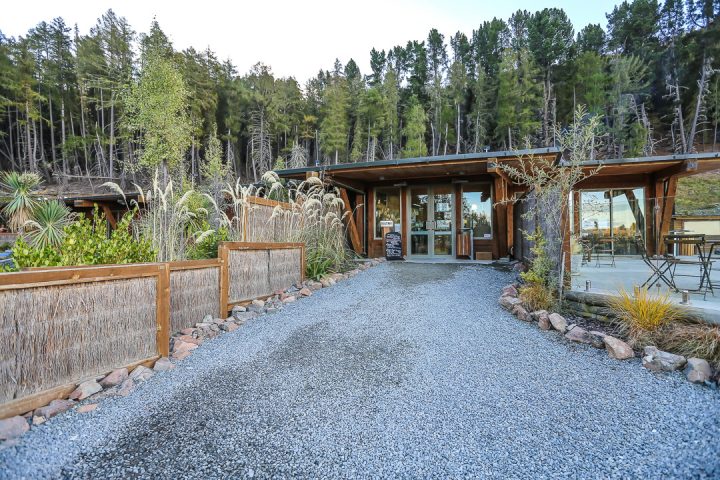 It is located at the end of the Lakeside Dr, secluded from everything so this place is away from the busy touristy central place in Tekapo. There is a bar at premises complete with fireplace so you can enjoy warming up while waiting for the kids having fun in the skating rink.

The setup of the place was perfect, the skating rink is open air with tall pine trees on one side, lake views and the chalet on the other. They are open until late and there are ample lighting so you can still perfect that moves even at night. 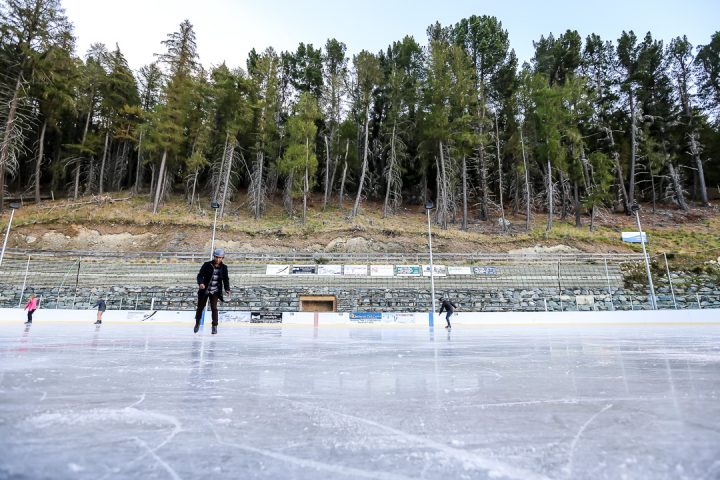 We stayed for a couple of hours here, like I said the parents stayed inside enjoying some snacks while the kids are sweating outside.

After this we were all hungry and one piece of advice if you plan to have a dinner here book in advance as there are lots of people and few restaurants. We looked for a place to dine in, it was all booked and the minimum waiting time was around an hour so we decided to go to the restaurant that offers takeaways. 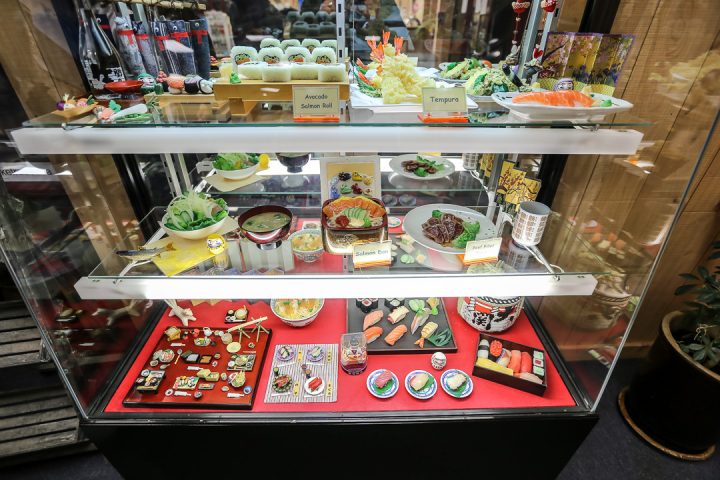 It was Kohan Japanese Restaurant, initially we thought of waiting but most of us were really hungry so we just grabbed the takeaway menu and decided to eat in the place we will stay for the night.

And the other order was Teriyaki chicken ($25.00) with rice and fresh salad.

It was quite pricey for a takeaway but there was no other choice.
The food well, the Bento was good, I liked everything on the box even though the fried crumbed items seems not to look like from a Japanese cuisine, perhaps a tempura would be a better choice but well they tasted great. On the other hand the chicken teriyaki was quite a let-down, first it was made from a semi breaded chicken and it did not taste anything near a teriyaki chicken, it is more like a lemon chicken without the lemon taste. So will I go back here? well maybe but if I will I will not order that teriyaki chicken anymore, and yes we will make some booking in advance because the dishes served in premises was much better than the takeaway ones.