In Takapuna alone there are lots of food places to choose from and its sometimes confusing when you are hungry and you want to choose a place to dine in so what we did is to try all of this places one by one without repeating starting with this Korean Restaurant called Myeong Dong then onto the next one beside it and so on and so forth. Back in the Philippines we also did the same concept when I was still working at the Robinsons Galleria Building, it’s just beside the mall so there are plenty of options to choose from at their food court, hence we started from one place then moved on to the one beside it the next day until we complete one round. In doing this you will embark in an adventure and basically try things you haven’t tried before.

Myeong Dong was our first choice because when we thought of this we were literally just at the opposite street and this was the first place we saw. We came there on an early lunch and we did not know what to expect because this is not your usual Korean Barbecue place, it’s just a normal Korean that serves traditional Korean dishes. It was quite early I think around 11:30 AM so there was only one family inside eating so seats was not a problem. In front was the normal seating but since there were no customers yet we asked to be place on the room that looks private located at the back.


We then were offered with the menu, there were lots of choices but we ended up with some meats and some soup. 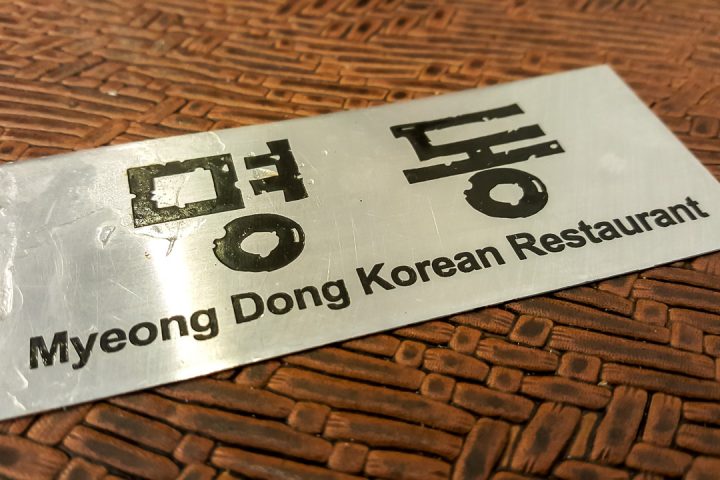 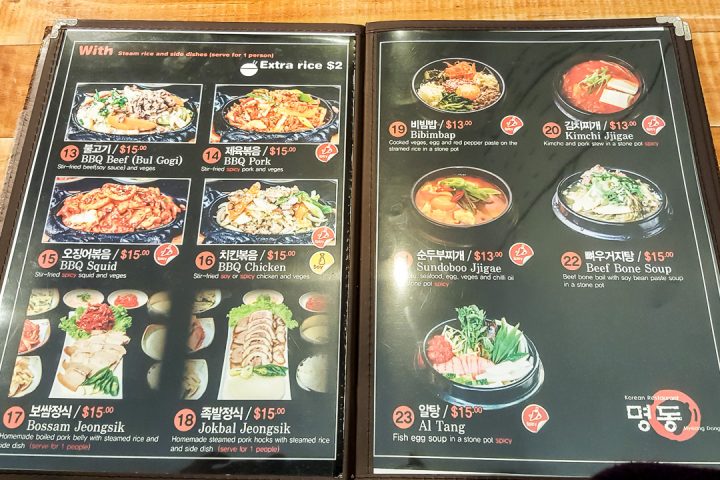 Plus with heaps of banchan– I guess you will be definitely sorted with the flavour you want, just mix and match them accordingly to your steamed or boiled pork meat. 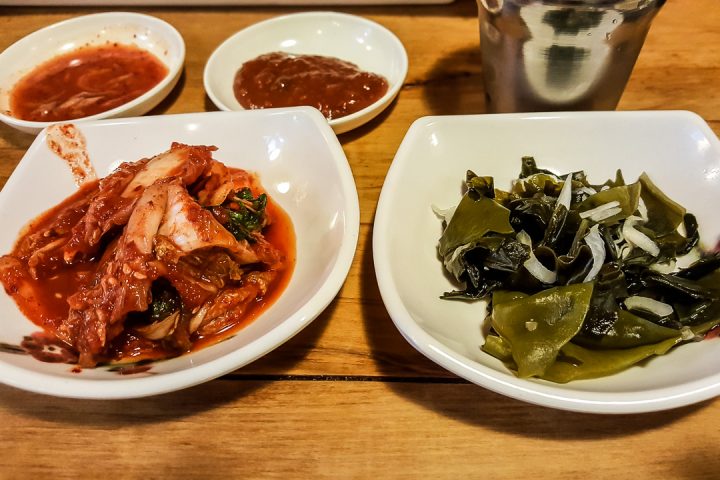 There were four different types of sides that came with the pork the usual kimchi and the rest I don’t know the name but one of them is made with seaweed, another with bean curd and another one with radish. 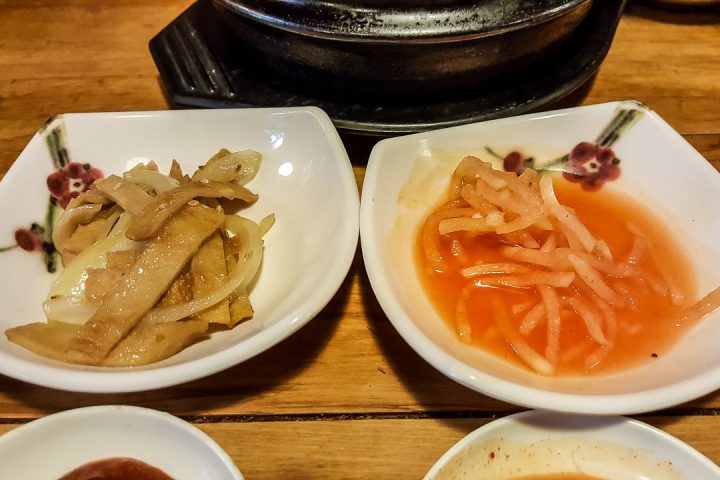 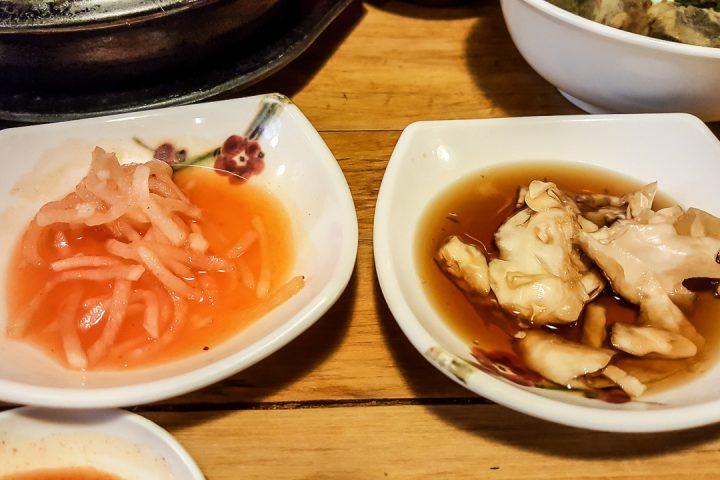 We also had some soup to so we just don’t have the dry stuff so we ordered some Beef Bone Soup ($15.00) which is Beef bone boil with soy bean paste soup in a stone pot. This soup is good and tasted nearly like sinigang without the sourness.

So how did it all turn up?
Well initially I hated the both boiled and steamed pork but after using the dips and the banchan together with it I started to like it, in fact I think that is the reason why they make this meat dishes bland because of the flavour you can get from the side dishes. The soup was great as well, its rustic like the Filipino soup dishes and though it might not win the beauty contest definitely they are tasty which reminds me of bone broth but even better.