Scones is a type of pastry commonly served during breakfast or tea time usually in England, slightly resembling the American biscuit these baked goods are quite dense and moist. Scones are usually prepared sweet with dried fruits, jams, cream and honey but savoury variants exists like this recipe of ours today.

Scones might have been existing since the 1513 as it was used in Scotland as a term to define a type of pastry. Original versions was known to be large as a medium-sized plate, flat and round made with unleavened oats these first versions were baked on a griddle. With its large size it was served like a pizza where it is sliced into triangular sections.

It then became popular during the 1700’s where it became an essential part of high tea in England when Anna, the Duchess of Bedford ordered her servants to bring in some tea and sweet breads which included scones. Much to her delight she fell in love with this idea and ordered it every afternoon until it became and English tradition that happened every 4:00 pm. 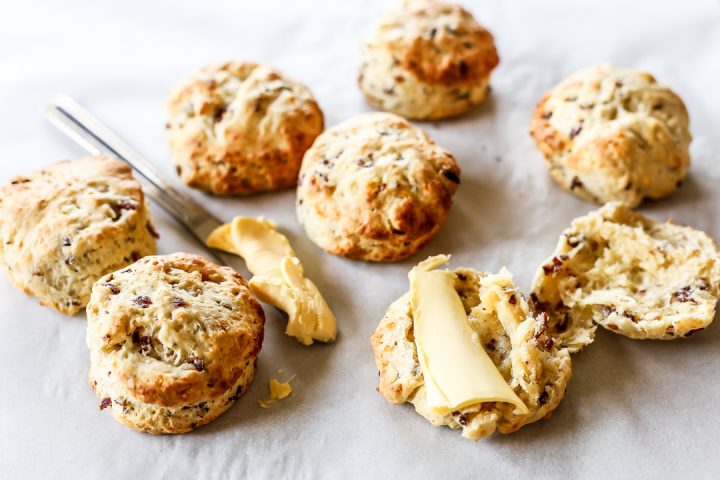 Today we will not be taking this during the afternoon tea time but rather during the breakfast hence we are making it savoury, with loads of cheese and studded bacon all you need is that melting butter when it is served with your morning coffee or juice.