What’s this Pizza Roulette all about? 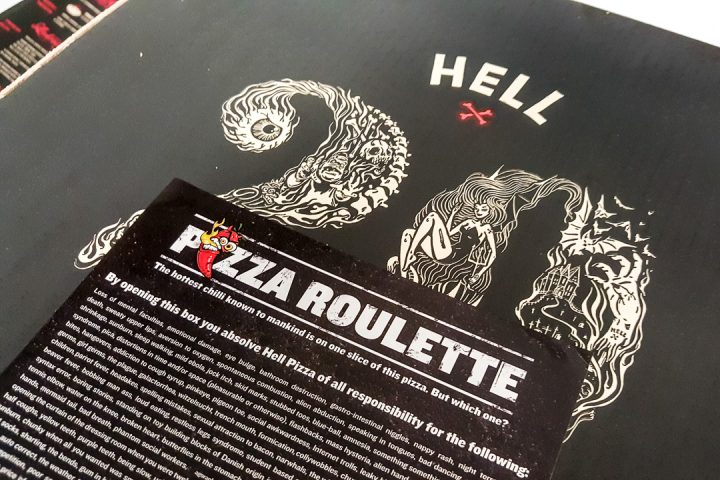 One Friday at the office we decided to all go for a Pizza Roulette. Pizza Roulette for beginners is basically your normal pizza but one slice is laced with Blair’s 3AM sauce, a hot sauce known for its two million Scoville heat rating which is 250 times hotter than the hottest Tabasco you can ever find. A Hell’s pizza invention and promoted as one of their clever marketing campaigns which gain a lot of international popularity hence reported on major news Network globally like CNN, The NY Times and TIME. This popularity prompted other popular brands to follow hence restaurants like Nandos and Doritos followed their lead by creating their own roulette versions, the wing roulette and Doritos Roulette.

Was this just a marketing gimmick or it the slice really hot? Well I did had one slice of it and I love hot spicy things but trust me this burns! It really burns the hell out of your tongue. I was one of the lucky ones who got them alongside all of my colleagues who participated. Yes we all became a victim of this slice! How does that work? Well one of our colleagues who always want to play a prank with us kindly asked the store they got this Hell’s pizza from to lace all but two of the slices of one of the 4 pizzas ordered. Initially he told us the person preparing it did not agree because of the repercussion of their terms and conditions but my colleague told him that it will be for a work prank, he then agreed and complied with the demand. 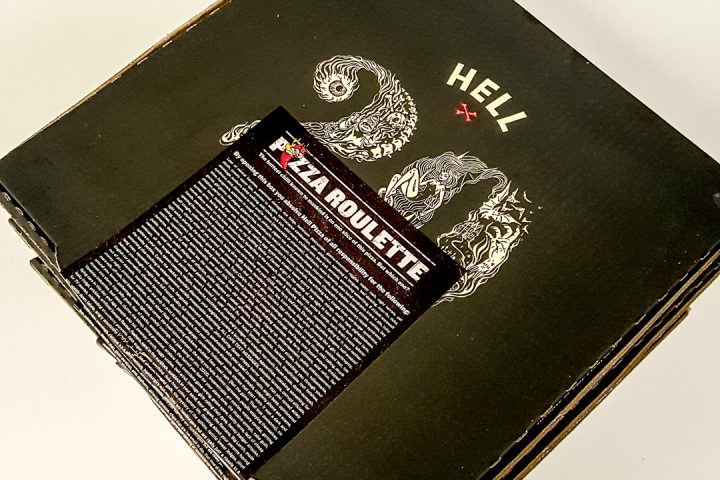 As the pizza arrived we were all hungry and my colleague opened the box one after the other, taking his lead the tried to make the fully laced pizza be the last to be consumed so we started. We tried the first pizza, the Pride which is topped with Onions, Mushrooms, Capsicum, Tomatoes and Pineapple served with optional Kalamata Olives, Garlic, and Jalapeno Peppers. 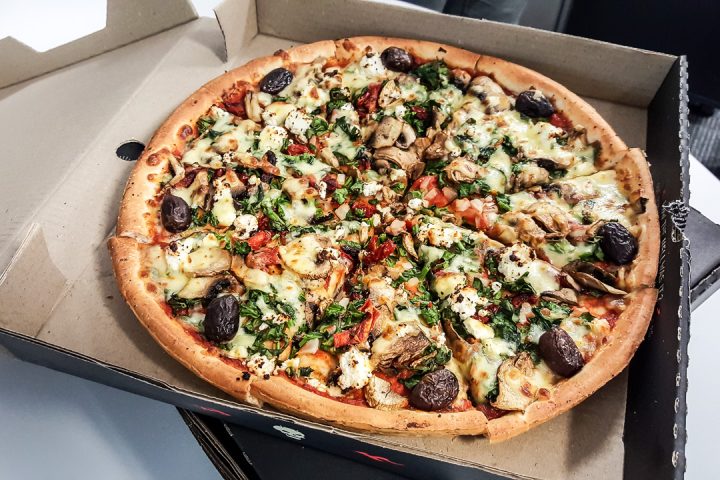 So far so good! I did not get the hot one but one of my colleagues who does not like hot dishes was the first victim. You can see after the second bite as his face turns red and nearly choked. It was so hot he coughed and coughed until the slice was finished

Then we had the Lust where it is topped with Pepperoni, Salami, Ham, Bacon and Chorizo and Optionally with BBQ, Sweet Chilli, Smokey BBQ, and/or Tomato sauce. My favourite pizza from this chain so I was hoping that I won’t be the second victim. 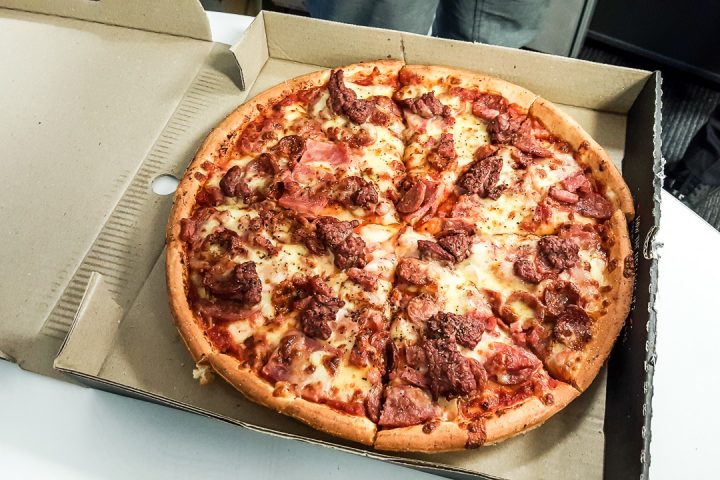 Gladly I was not so I enjoyed the slice slowly. Then all of a sudden my same colleague who was the first victim got it again, it showed when he started hiccupping and continued to turn red. Very lucky guy as the hot two slices out of the 2 pizzas served.

The third pizza then was unveiled and it was the Wrath topped with Pepperoni, Onion, Capsicum, Tomatoes, Chilli and optionally with Kalamata Olives, Jalapeno Peppers and Anchovies.

On my first bite I feel a bit of some hotness, I thought that was it but it was not hot enough. Was it just me with my high tolerance to hot food? Or this is not yet the laced pizza? Until one of our colleagues started to swear, luckily it’s not the same guy. The hotness of the jalapeno was initially confusing hence I thought I had it.

Finally were near the finish line and I haven’t been a victim yet? I was thinking of quitting but a part of me tells that I want to try it even just once, I will never know until I had it so I kept the idea of quitting to myself and continue. The last pizza was this Mordor, made with Smokey BBQ Sauce, Chicken, Pepperoni, Onions, Capsicum and Bacon who does not want a slice of that. 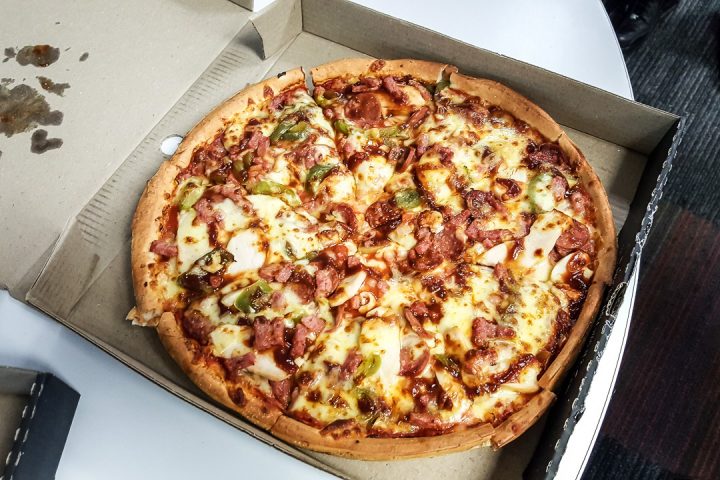 We all bit the pizza at the same time and after a few seconds it all hit us. Everyone was swearing after 15 seconds and our mouths started to burn. Too sad for my other colleague to have tried this for the third time. It’s so hot I can’t even finish the pizza definitely an experience to remember especially on how it’s done by my colleague on putting it on all but two slices.

It was a nice experience but will try not to eat the laced sliced hopefully again, but shall I order the roulette again? Well yes because it was fun especially with friends and colleagues. Aside from that the pizza’s at Hell’s is definitely not your average pizza, all of the flavours I tried here was faultless.