Second time happy was my experience on this place but not specifically in the same branch. I tried another branch which I did not 100% liked as half of the food I ordered was tasteless, from that place I ordered a type of seafood noodle soup and skewered lamb. Lamb was great but I did not expect the noodles to be tasteless specially when it is seafood, but enough of that rant my experience the second time around was great.


This time we had it in Albany North Shore, the place was big and lesser people, it was way quieter as well even there are some diners which is quite unusual for a Chinese restaurant. We liked it here, there is a sense of peace and serenity, even the waiters were not high pitched and feel they were more relaxed in here, less stressed. 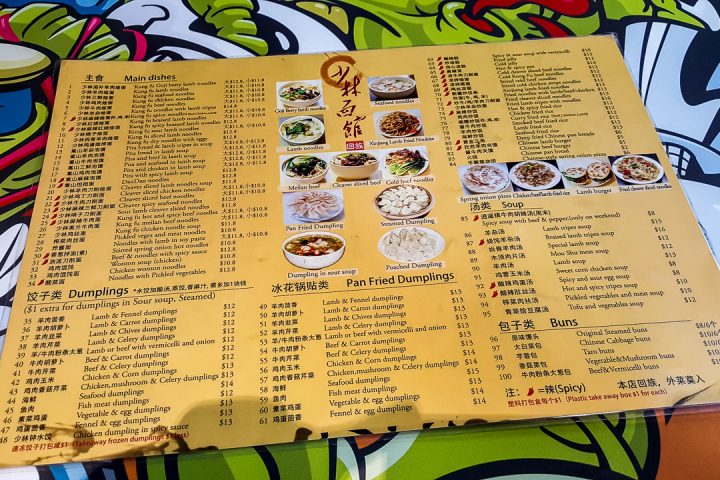 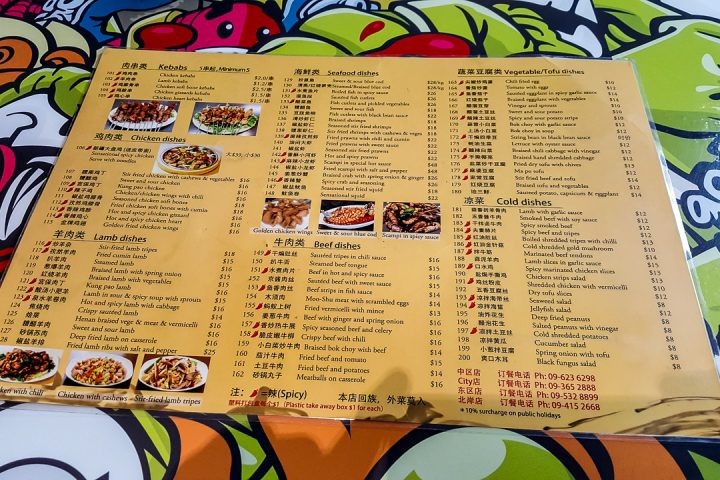 As we ordered I was quite cautious of my order in their other branch as I don’t want to commit the same mistake twice. So instead of having some seafood noodles which is one of my first options if I was to eat a seafood noodle soup we ordered some Kungfu Beef Noodles ($11.80). The noodles is quite nice and definitely with much more flavour than the one I had before. The noodles were also in perfect texture and definitely not those ready-made ones (As fast as I know).

One thing I did ordered again was this Chinese-Style Spring Onion Pizza ($6.00) which I really liked, it’s like a very good roti filled with spring onions, its savoury, chewy, crispy delicious. A very good appetizer or side dish but be warned one will be enough as this is quite filling.

Next on the order was this Fried Noodles with Chicken ($13.00), at first I thought it was quite weird as it has quartered tomatoes on it, never had I seen this in a Chinese stir fried noodles but it quite works well. It gave a unique taste that we really like, the noodles were perfectly cooked and every element in this dish can’t be faulted.

Finally we had this Pan Fried Seafood Dumplings ($15.00) which was the star, just one bite of it exposes tons of great flavour inside. This is how a dumpling should taste like, it’s so good you don’t need to dip it in soy sauce or any other sauces.

The dumplings was cooked the way we liked it, al dente pastry while having one side crispy and brown.


Overall this second time experience was great, way much better than the first time on another branch. I think I will try the seafood noodles here next time and see if it’s only that dish who is the culprit or it’s really the place. With good food, good staff and a quiet place to dine in I think I would not ask for more.