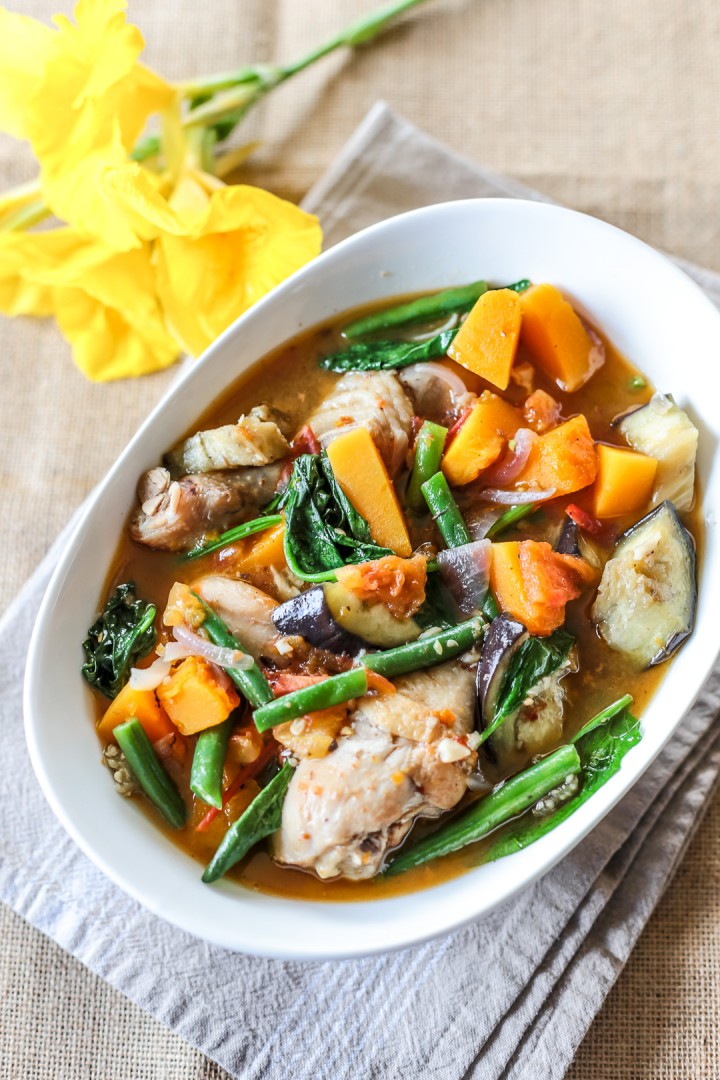 Somlar Kako, Samlaa Kako or Samlor Korko is a Cambodian soup dish made out of mixed tropical vegetables, meats (such as fish, chicken or pork), fish paste and Kroeung. This traditional dish is very nutritious and considered a health giving soup in the Khmer cuisine. If you live or had travelled in South East Asia you will notice that this type of dish is common especially the mix of squash, long beans, eggplants and okra, they usually vary only with some ingredients depending on the region. Some examples are the Pinakbet from the Philippines, the Red Vegetable Curry from Thailand to name some and this recipe we had for today. Even the Western cuisine have this in the form of Ratatouille, Caponata and Lecsó. It’s a tried and tested combination hence most cuisines offer something similar to this.


It has been quite some time now since we posted a recipe with an associated legend, most of it were Chinese dishes but this time this Cambodian dish has a legend on its own. This dish ‘samlor kako’ when translated is called a ‘stirring soup’ and it was believed that the original name for this dish was ‘samlor samlab pdei’ or ‘husband killing soup’. Legend says that there was a woman with a very cruel and a drunkard husband, after so many years of suffering as his spouse by being abused and beaten she then planned to poison him. To do that she gathered as many varieties of leaves, fruits and roots around their property and prepare it as a soup for his husband. The wife thinking what she prepared was bitter added some ground roasted rice to mask the flavour and she kept on stirring until it is overcooked and the elements could not be identified. The husband then came home in a usual drunk manner, he was also hungry. The wife offered the soup, the husband ate a lot and went to sleep. The wife hoping that the husband will not wake up had a surprise when he stood out of bed the next day in a very good mood. He then went back to his daily routine of working but when he came back home he was not drunk and ask his wife politely if she can make the same soup again. The wife still insists that he should die, so she made the same soup again. It was the same case the next day so day in and out she made the soup over and over again but surprisingly it did not have a negative effect on him, instead her husband became healthier and well behaved. Since then their relationship improved and lived happily ever after.

Truly the best way to a man’s heart is through his stomach as shown in this legend and like me if this was served to me for dinner I will be really delighted as it tastes amazing, the different mixture of vegetables with the sweet squash makes it a really good comfort meal.

Somlar Kako, Samlaa Kako, Samlor Korko or simply Cambodian Chicken and Vegetable Stew is a Cambodian soup dish made out of mixed tropical vegetables, meats, fish paste and Kroeung. This traditional dish is very nutritious and considered a health giving soup in the Khmer cuisine. 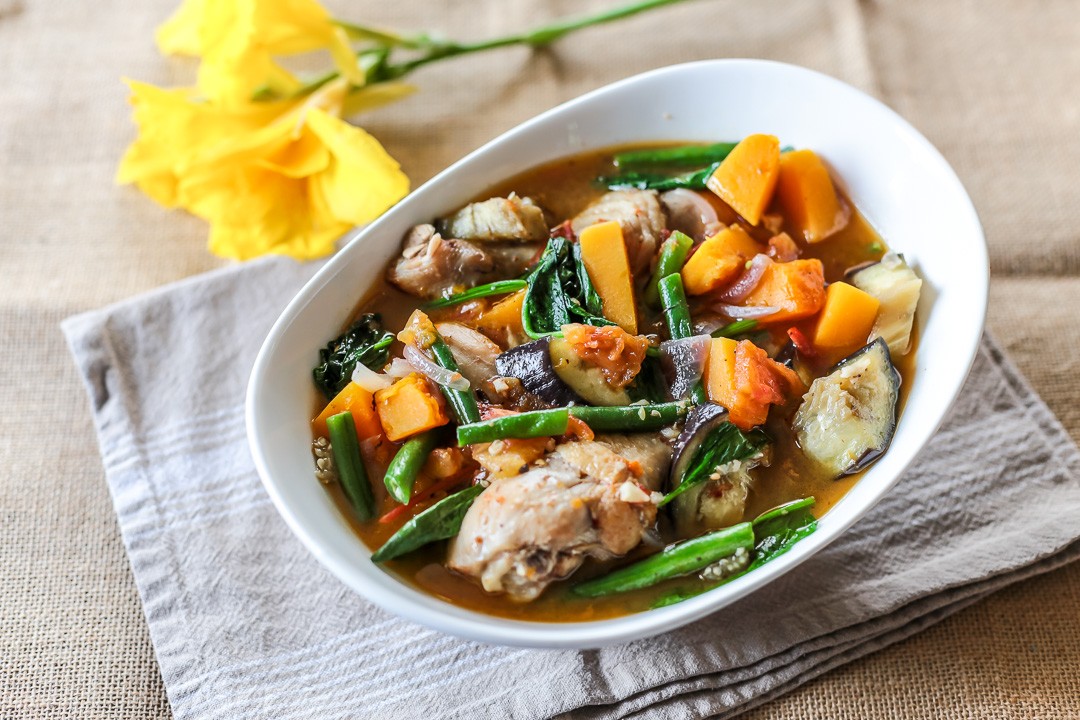