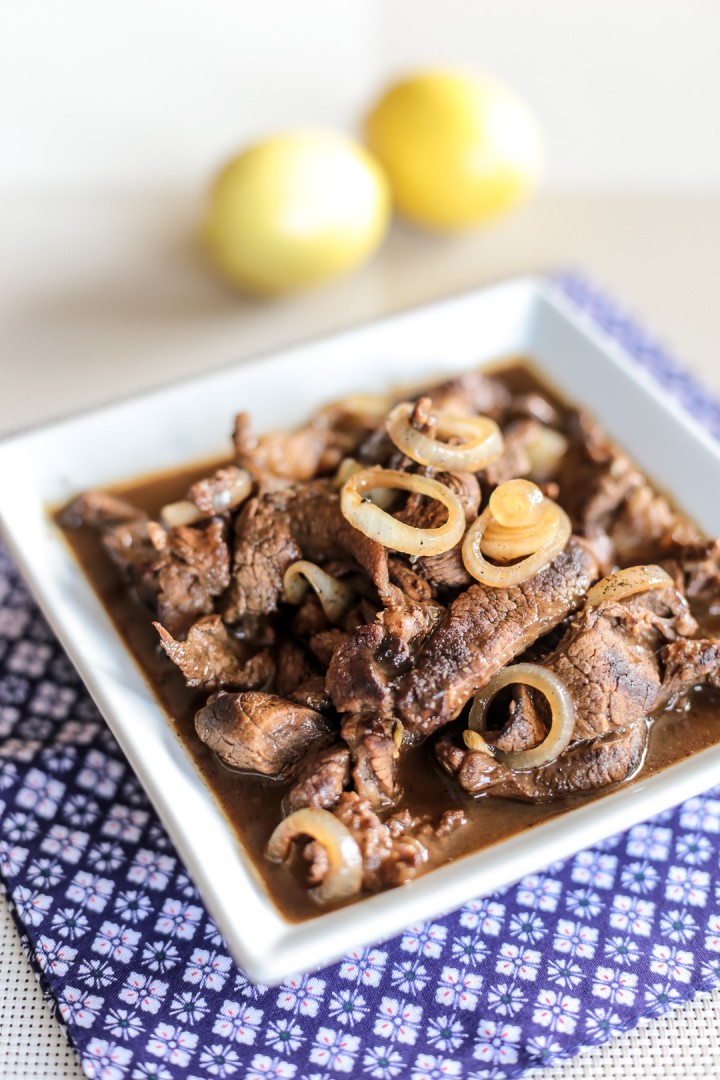 A while back I posted Bistek Tagalog but this sparked an outrage with some mad trollers as I used pork instead of beef, in my defense I grew up with that type of bistek and I also knew some of my friends family who prepares it similarly so for me bistek can vary from pork to beef. Anyways apologies internet if I was wrong in your eyes. Having said that I now posted this Bistek Tagalog that uses beef and separated a pork version for that old post.


Bistek Tagalog basically are pan fried thinly sliced beef cuts served on a soy sauce calamansi gravy with cooked and/or raw onion rings. It is a Filipino dish that originated from the Mexican dish called Bistec Encebollado, both have similar flavour profiles and differ only with few ingredients. The main differences are instead of the Mexican Adobo Sauce the Filipino version uses soy sauce instead, for lemon or vinegar the Filipino version uses calamansi, also the Filipino version dropped the oregano. The flavours are quite strong meaning its saltier and more sour as this dish is meant to be consumed with rice like most Filipino dishes, sometimes it is accompanied by thinly sliced potatoes that are either stewed with the sauce or separately fried. 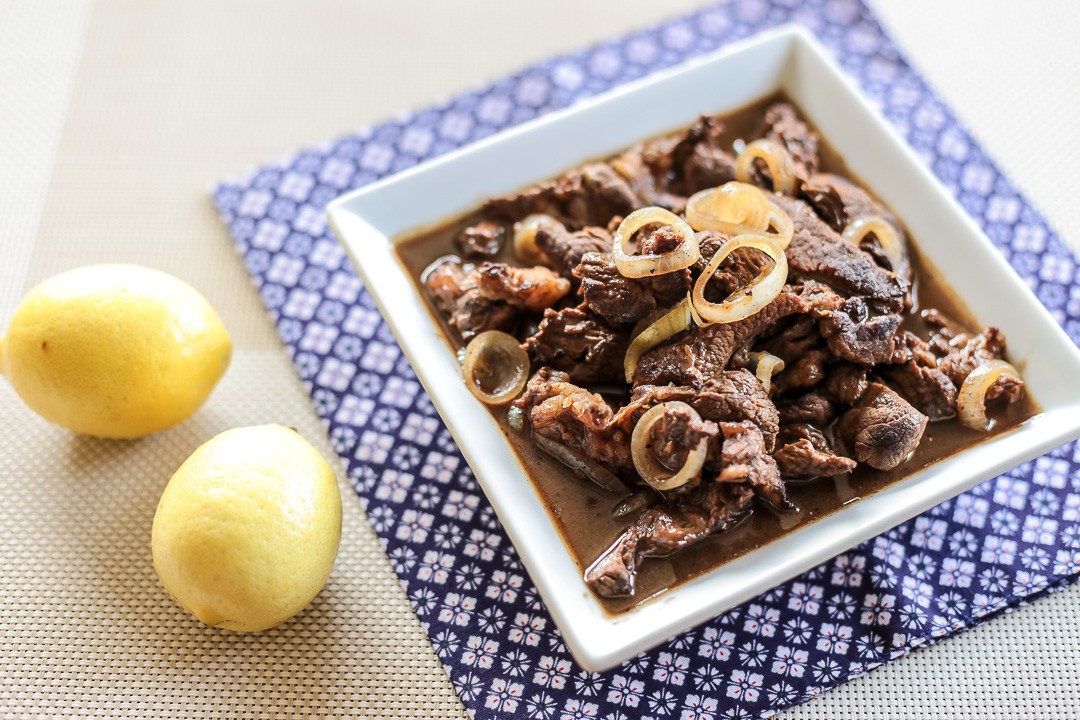