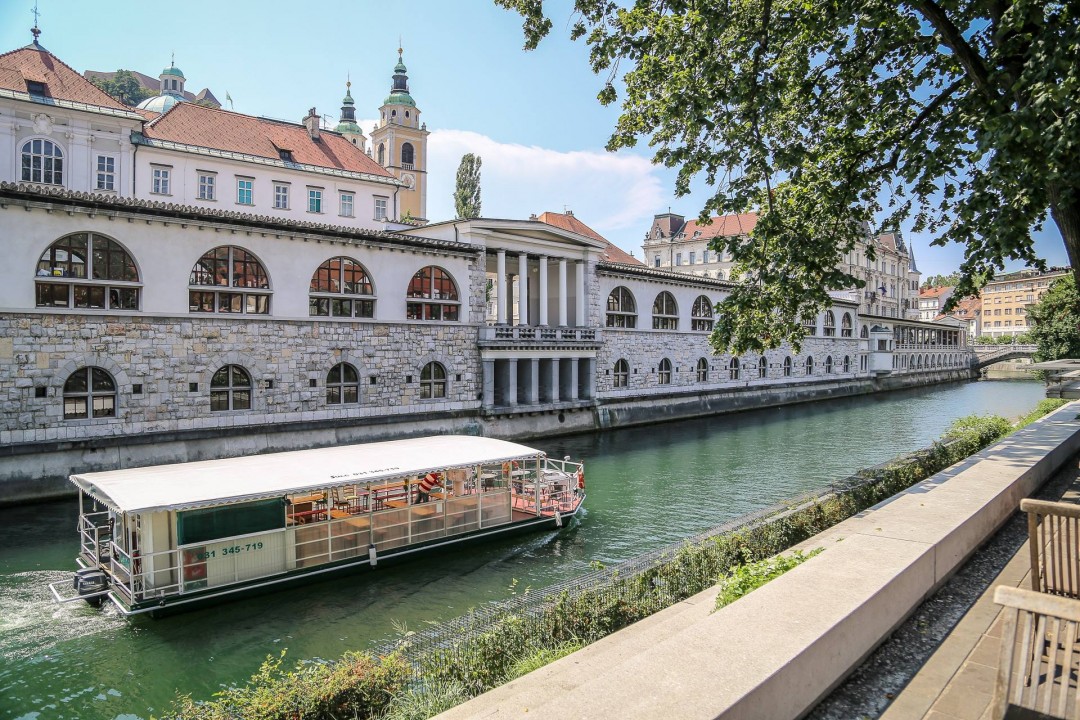 Ljubljana was one of those places we never expected to be good, we did not even know what to expect in this city. What I imagined it to be is a totally opposite as it has a lot to offer, from modern shopping and indoor activity complex like the BTC City, classic old towns, social centres like Metelkova and great nature parks like the Postojna and Skocjan caves, this place have a lot to offer.


They offer also a great variety of cuisines and our first meal there was from this Chinese restaurant called Kitajska Restavracija Han located inside BTC City Park Mall. It’s quite different to other Chinese restaurants I have been to, the staff here was so friendly and very approachable unlike the stereotype Chinese restaurants where your servers have that poker face and leave you feeling not important if you don’t speak their language. Another thing to take note is that this place is very clean, it’s so clean it looks like a fine dining place even if it was not. 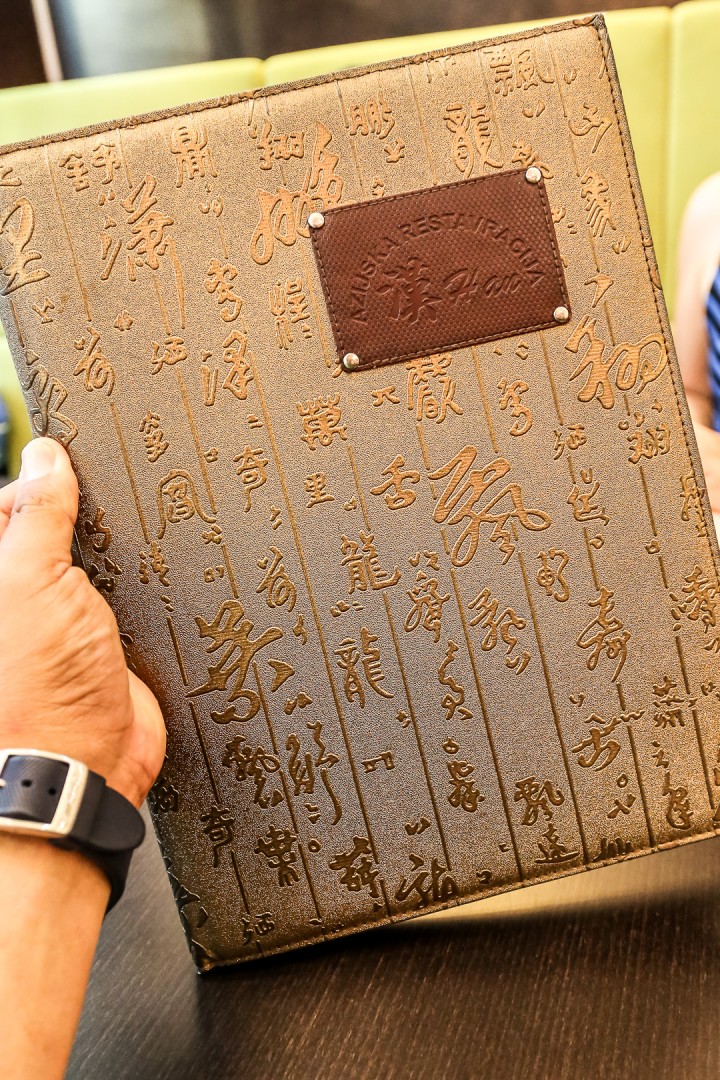 As we were seated, the menu was given to us along with some suggestions by our waiter. He told us since we are dining in as a family we can get their set banquet style meals which will be more affordable for us. So instead of ordering all sorts of different items, this set meal is designed to have all. We gladly accepted that suggestion and ordered the €35 set meal which consists of Hot and Sour Soup, Spring Rolls, Mongolian Style Beef, Duck with bamboo shoots and shiitake mushrooms, Crispy Chicken and Fried Bananas. 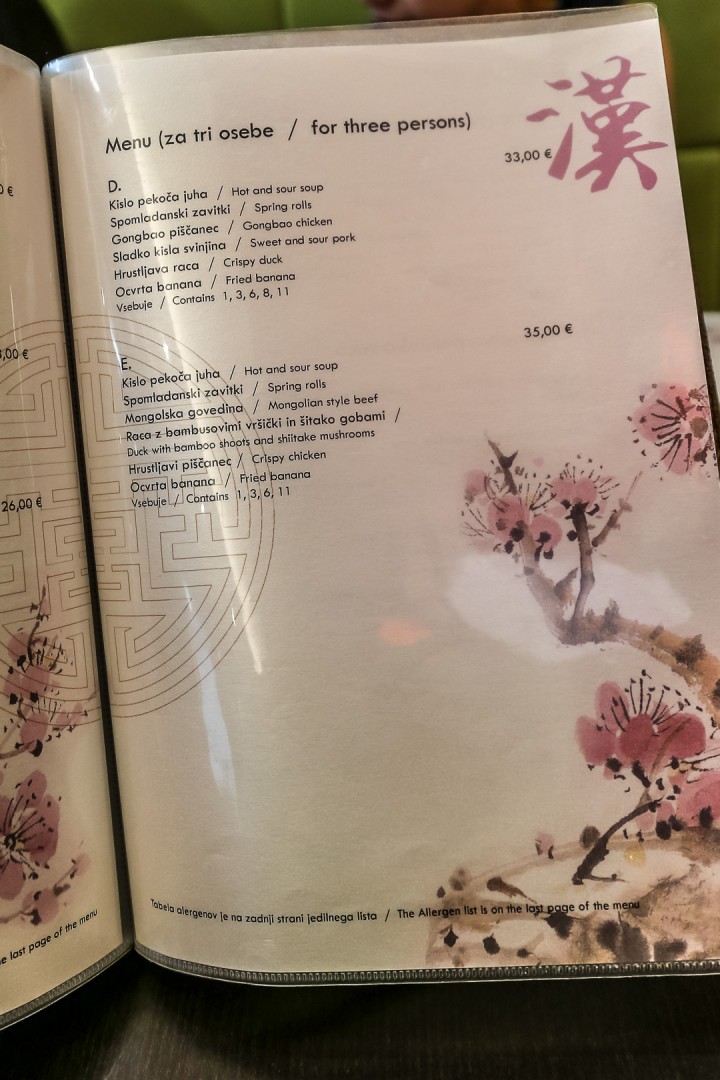 With this we asked if we can change the soups to be different, well is quite an easy request and even offered the different soups we can swap it with. We also ordered some extras together with our order as my daughter likes dumplings and some fried rice.

After several minutes we were given some complimentary tea 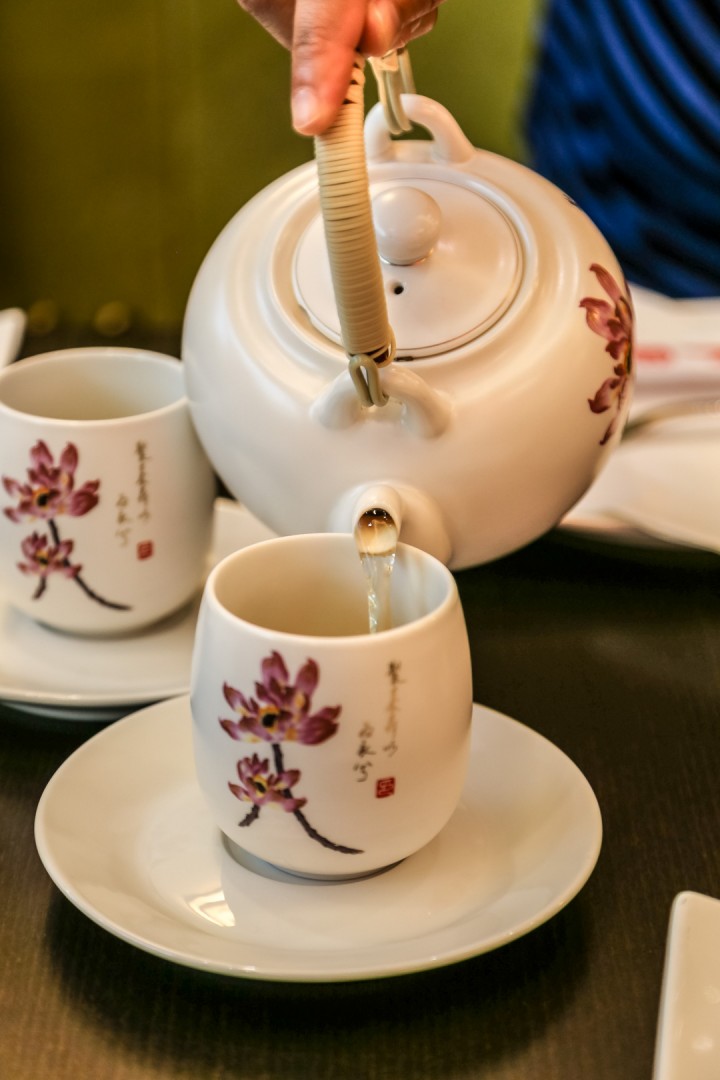 then not long after the different soups were served, starting from the Sharks Fin Soup (Don’t worry I think this was an imitation one) 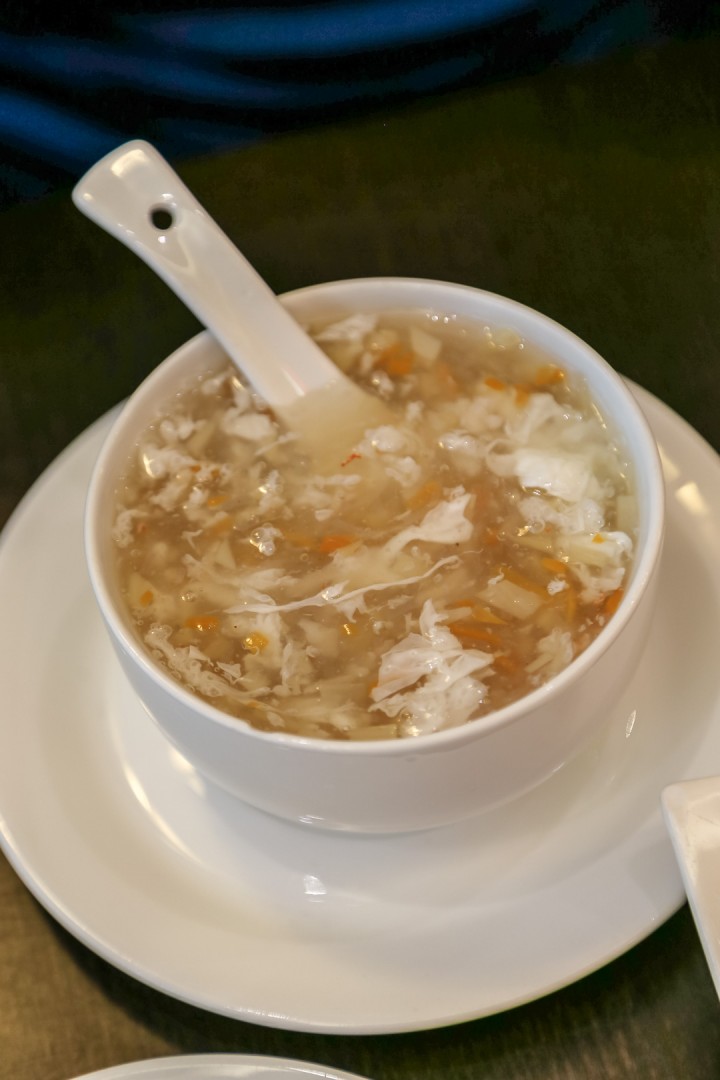 then the Hot and Sour Soup 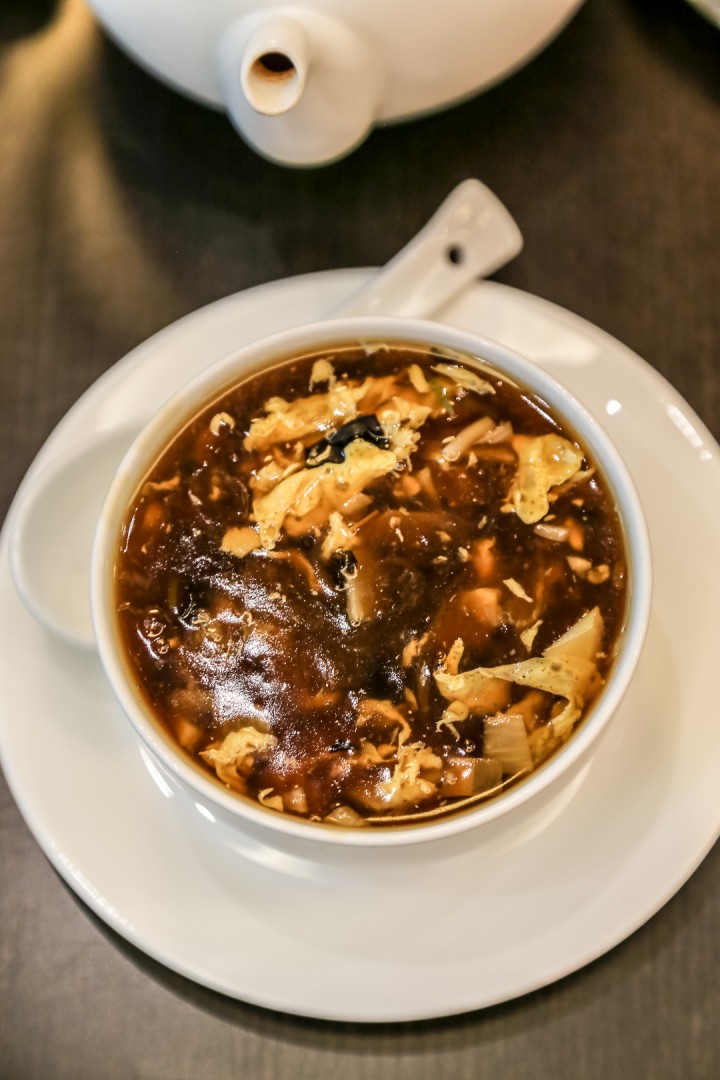 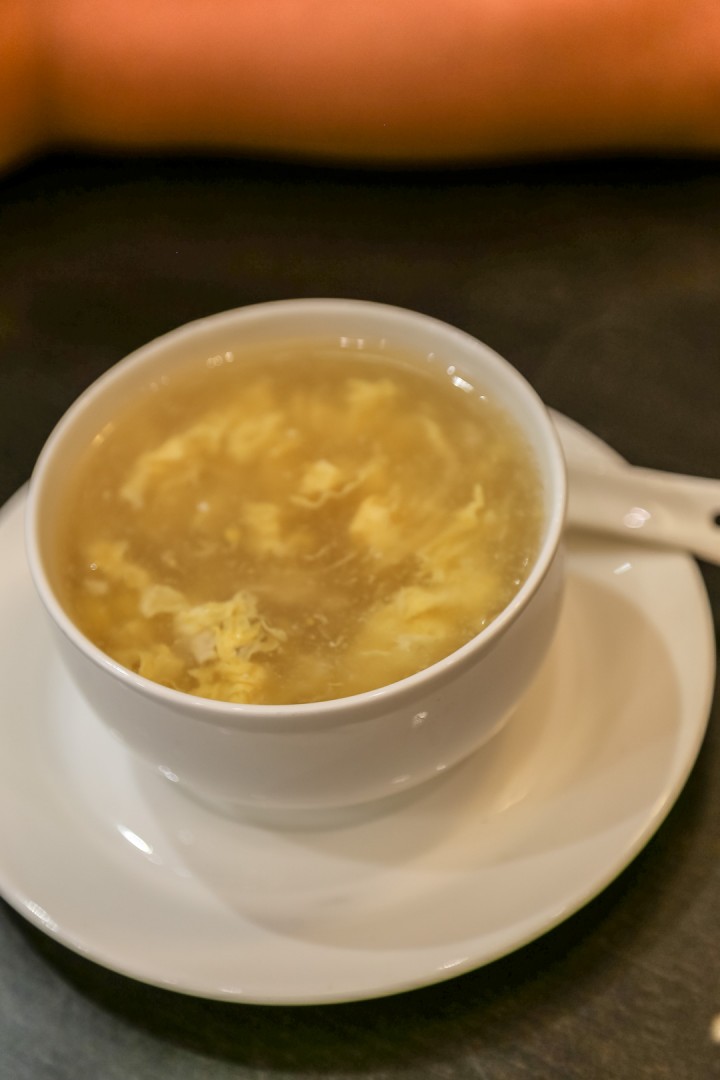 and if I can remember the Shiitake and Bamboo Shoot soup 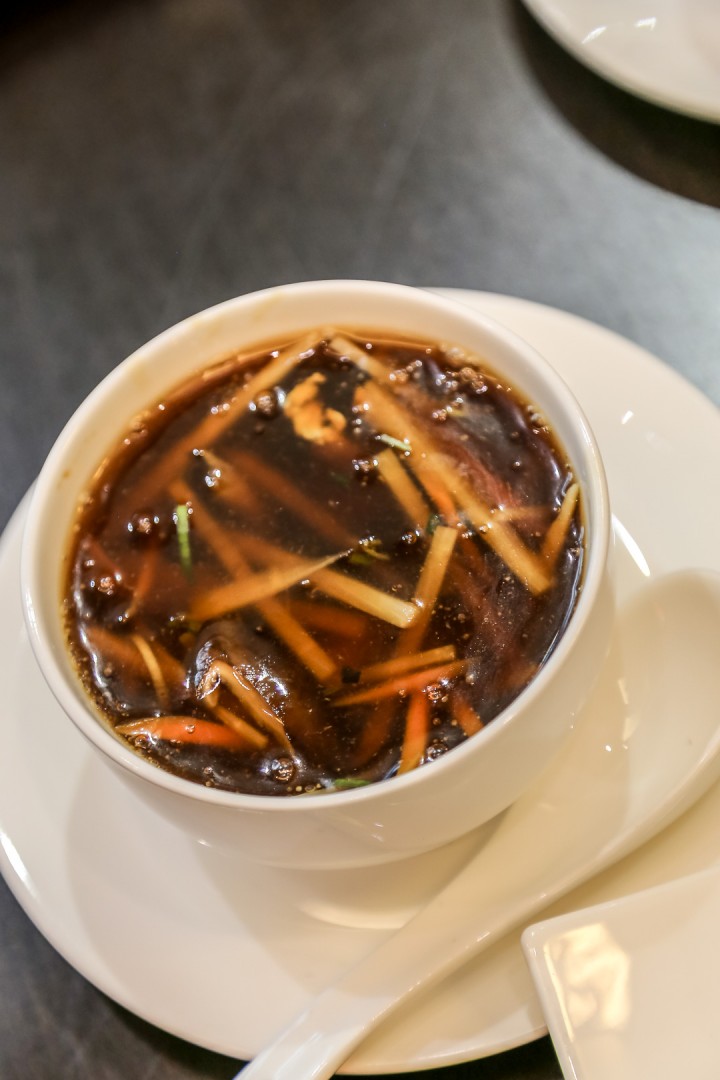 After enjoying these soups the Dumplings then arrived, my daughter chose some prawn dumplings as well as some pork dumplings 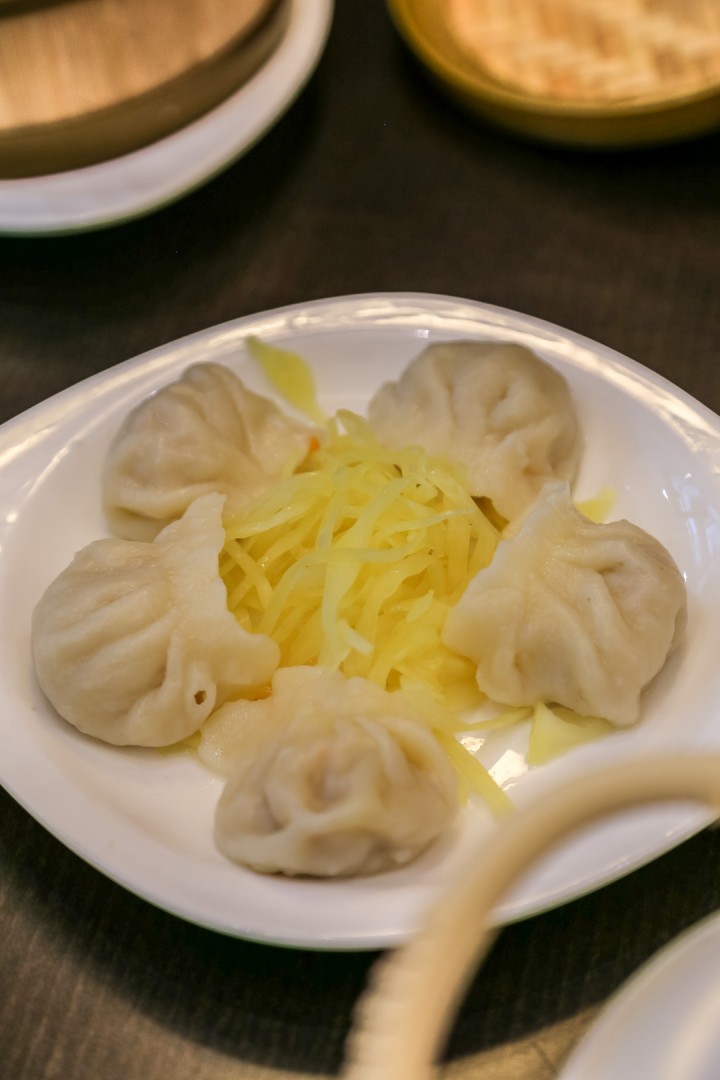 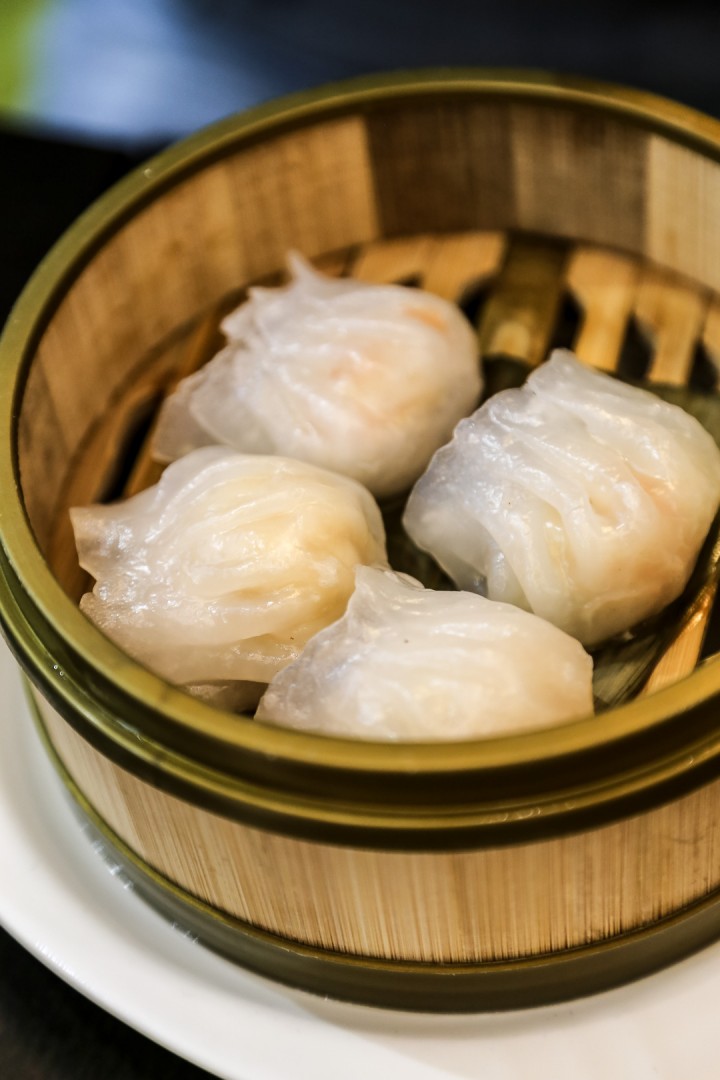 Spring rolls also came with it 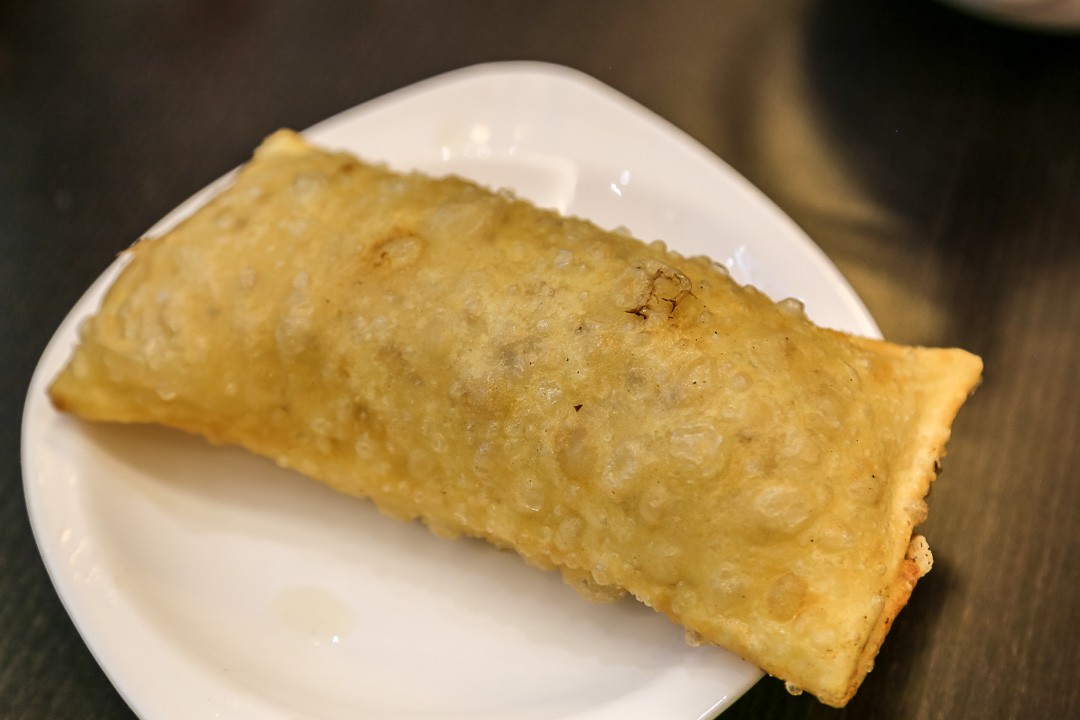 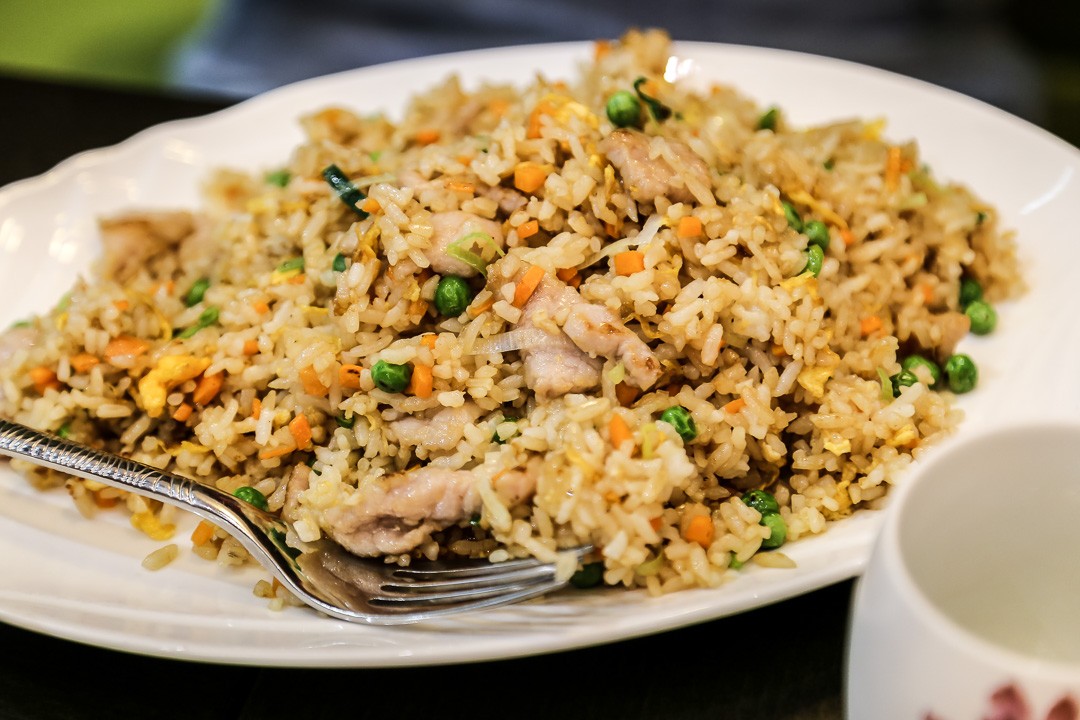 plus the rice that is included in the set menu 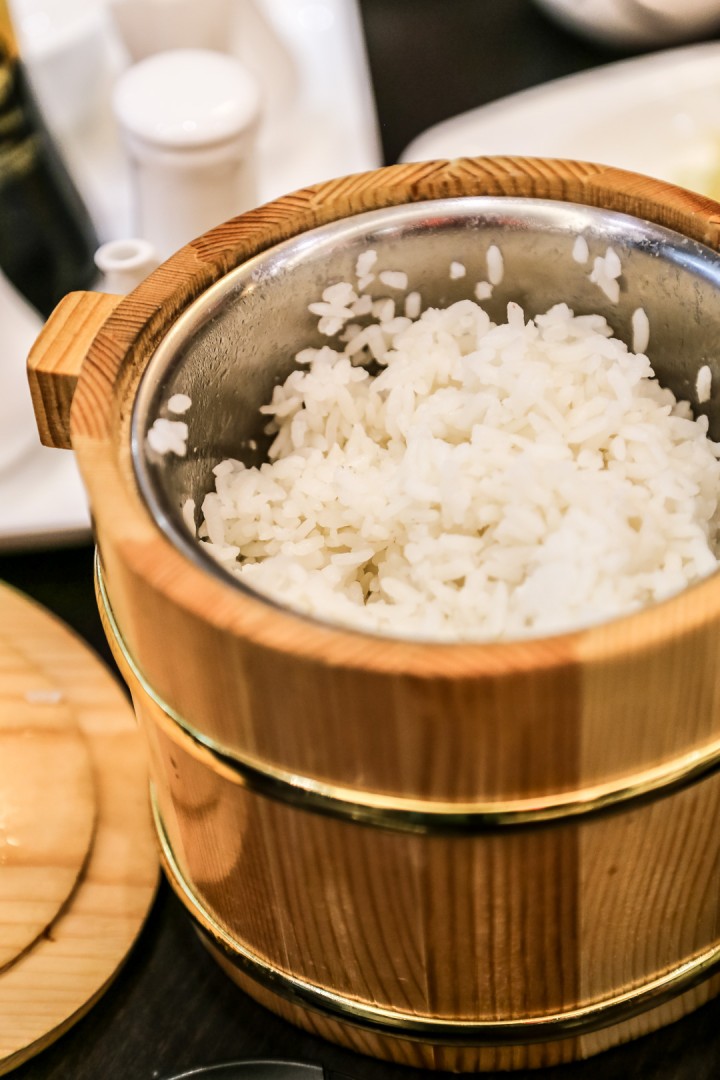 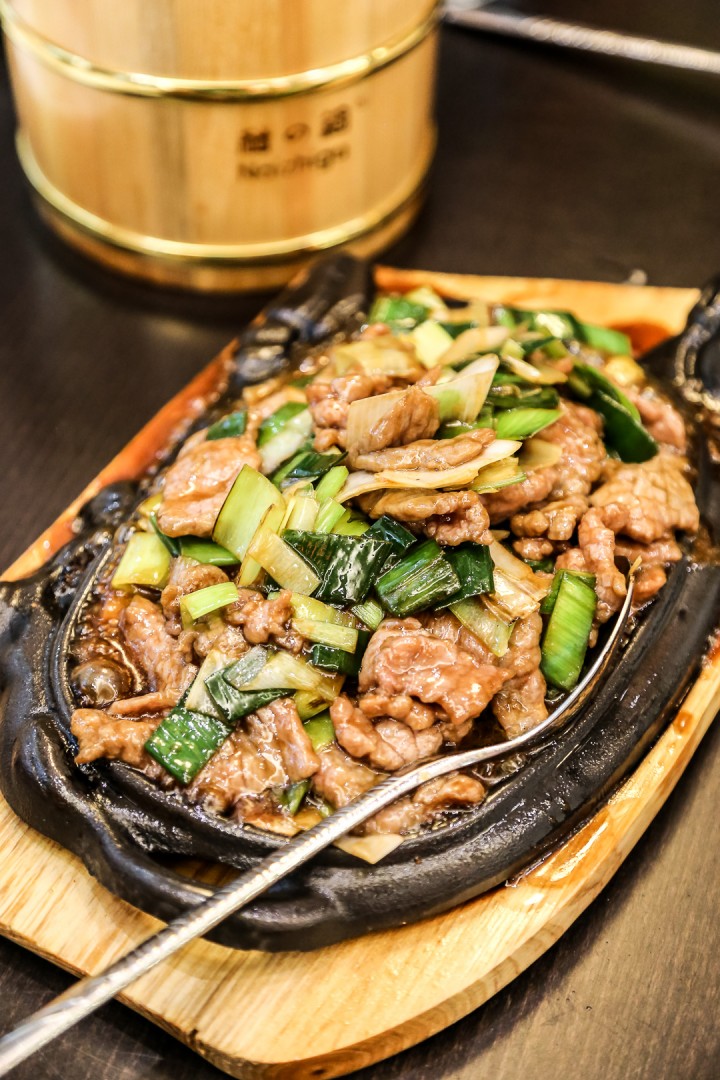 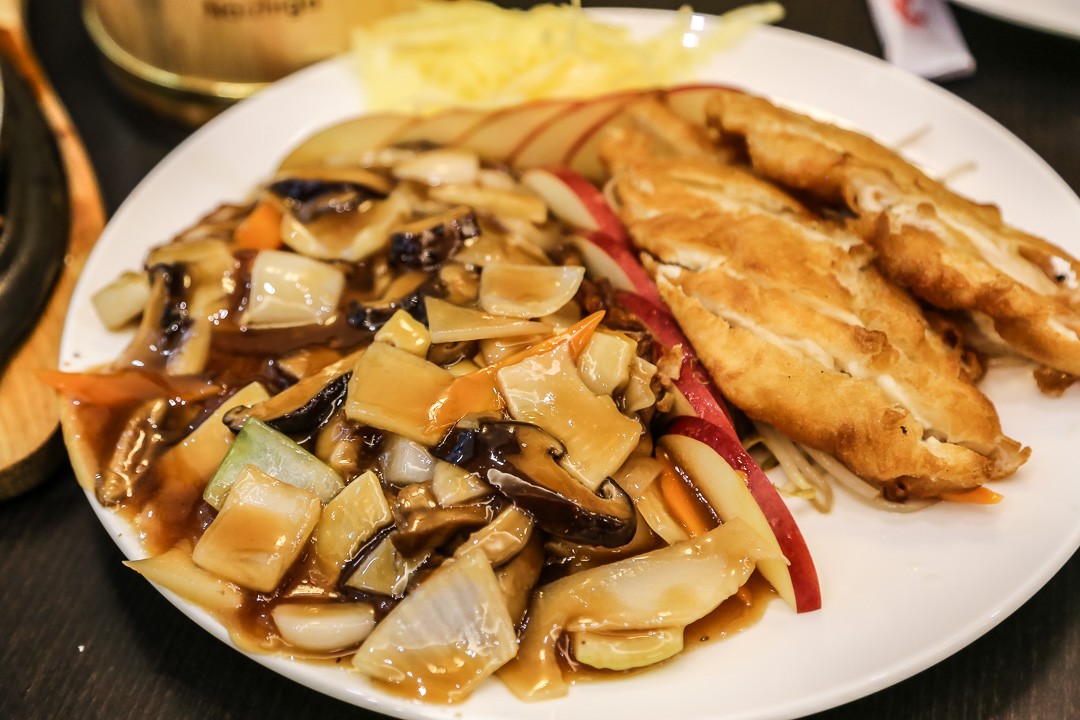 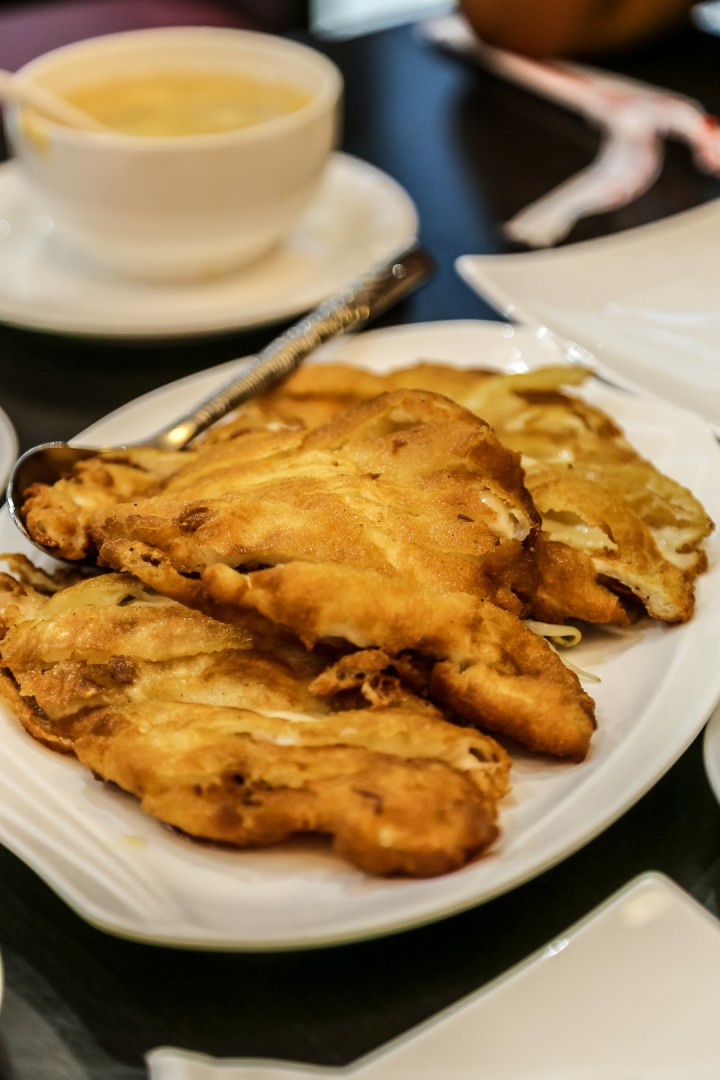 As we try to settle down and finish everything the waiter asked us if we want our desserts to be served. 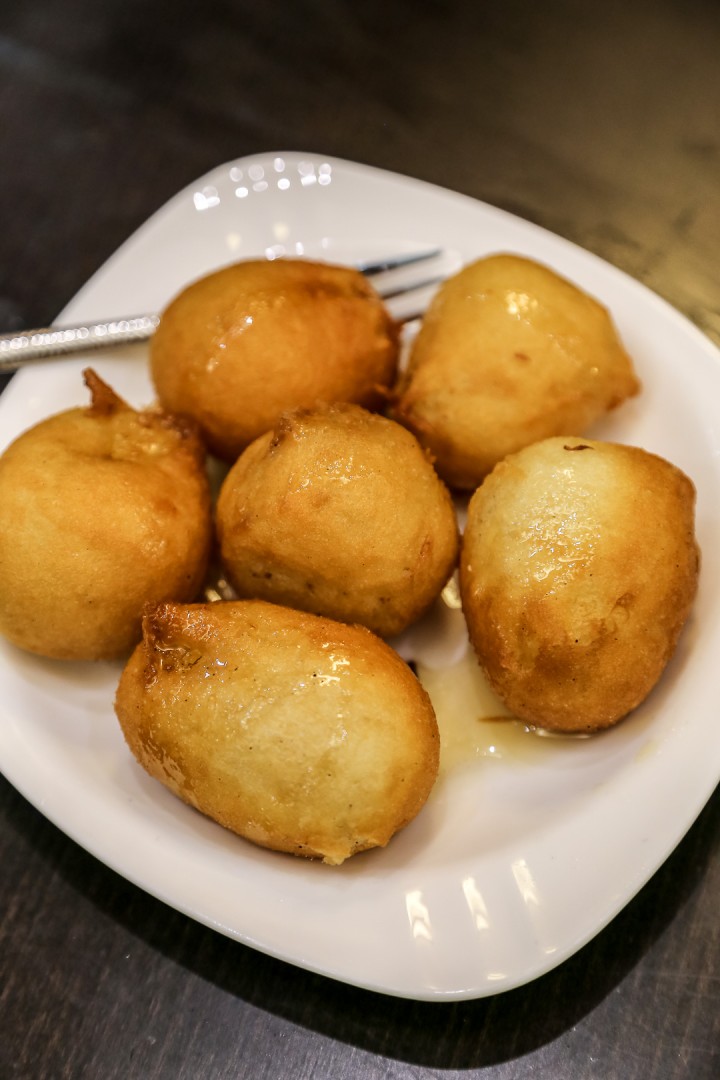 The dessert was named fried bananas so I have a different expectation, I was thinking something like our banana cue in the Philippines but it’s so different. It’s made out of mashed battered bananas served in some sort of sugar syrup and it’s quite good.

Overall the food was great, some things are not similar to what I am used to like the spring rolls which looks like an apple pie from McDonalds, the texture of the wrapper is similar so I guess it uses the same technique of cooking but again despite of its uniqueness they were amazing.

Everything we ordered was phenomenal, we do liked the service, the ambiance and the total experience we had. Definitely a place to dine in when we visit Ljubljana somewhere again in the future.

By the way before you leave do you know that Ang Sarap and “carbs by numbers” is giving away 2 books which contains the recipe book “carbs by numbers – low carb recipe options – Christmas”. Competition is open for 2 weeks and we accept entries worldwide, just fill in your details on this competition page to join.

What are you waiting for, join now to win this amazing low carb recipe book!